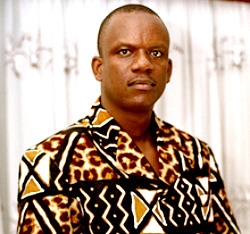 In a bombshell revelation, the former head of Liberia’s Truth and Reconciliation Commission (TRC) says new alleged war crimes perpetrators have been uncovered in Liberia and are currently the subject of new crimes and international human rights investigations for alleged war crimes.

In an article published Friday, July 14, 2017 in the online platform The Perspective, Counselor Jerome J. Verdier Sr. explained that “… The Truth and Reconciliation Commission (TRC) process and its recommendations did not identify these perpetrators at the time because of limited time and resources…”

The former Chief of the Liberian TRC further explained that “…Notwithstanding, the TRC Report recommended further investigations, which are now currently ongoing, into the activities of perpetrators who lied to the TRC, avoided the TRC or were completely unidentified by the TRC.

And under these recommendations, any persons, perpetrators, groups or individuals found to be in the same position or standing before the TRC process as those already named or identified by the TRC, are subject to the same findings, determinations and recommendations of the TRC:
1.  Whether they were identified by the TRC or not
2.  Whether they were named in The TRC Report or not OR
3.  Whether they appeared before that august body or not.
This goes to say that all perpetrators, whether named in the TRC Report or not, are subject to the Recommendations of the TRC for public and criminal sanctions, and/or prosecutions before an Extraordinary War Crimes Tribunal as the recommendations may apply based upon ongoing investigations when they shall have been concluded…”, Verdier wrote.

The new list of perpetrators named by Counselor Verdier include the following:

1. The Association for Constitutional Democracy In Liberia (ACDL), who, current investigations have revealed were active war actors and perpetrators in the theater of war.

2. Brownie J. Samukai Jr- current Minister of Defense, was chief organizer of the militia unit, Black Beret. Most of the crimes committed by this unit are currently under serious investigations. Alleged War Crimes committed by both the LDF, Black Beret and the LDF/NPFL-CRC/ULIMO J/LPC Coalition are now the subject of ongoing war crimes investigations.

3. Mr. Fumba Sirleaf, current head of the National Security Agency (NSA) and also son of President Ellen Johnson Sirleaf, a member also of the ACDL not named in the TRC Report. Mr. Sirleaf was planning and Training Officer for the Militia group, Black Beret which recorded some violations under his watch and is currently, made subject of ongoing investigations. 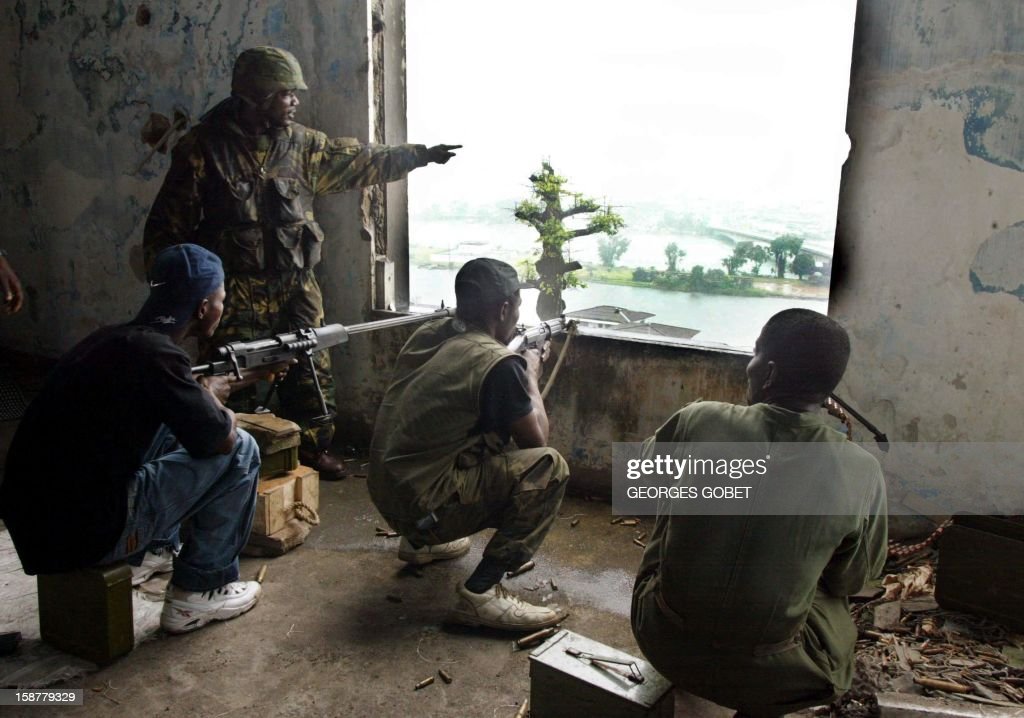 4. Senator Commany Wisseh who admitted during the celebration of ten years of peace in Liberia under the Comprehensive Accra Peace Agreement (CPA) in the audience of the Diplomatic Corps and foreign dignitaries and guests gathered for the occasion in Monrovia, openly admitted in a self-confession (not admitted at the TRC) that he was the representative of the late President Moammar Ghadaffi in the 80s in Ghana and that he introduced former President Charles Taylor to Ghadaffi for military training of Liberia rebels who were subsequently armed by Ghadaffi for war in Liberia which killed over 250,000 innocent people.

5. Major Henry K. Johnson, a fugitive from justice, who is not part of the ongoing electoral conspiracy and formerly of the AFL boasted in the LEC Bushrod Compound in 1990 of killing three (3) prominent Liberians:  R. Vanjah Richards, James Coleman, and Butler Freeman and

6. Two prominent members of the Liberian National Legislature  are currently under international criminal investigations for their roles in the murders of foreign nationals and Liberians more specifically, in the killing of a United States citizen and five (5) Catholic Nuns also citizens of the United States of America. Although not named by the former TRC boss, he however noted that these investigations are rapidly nearing conclusion. 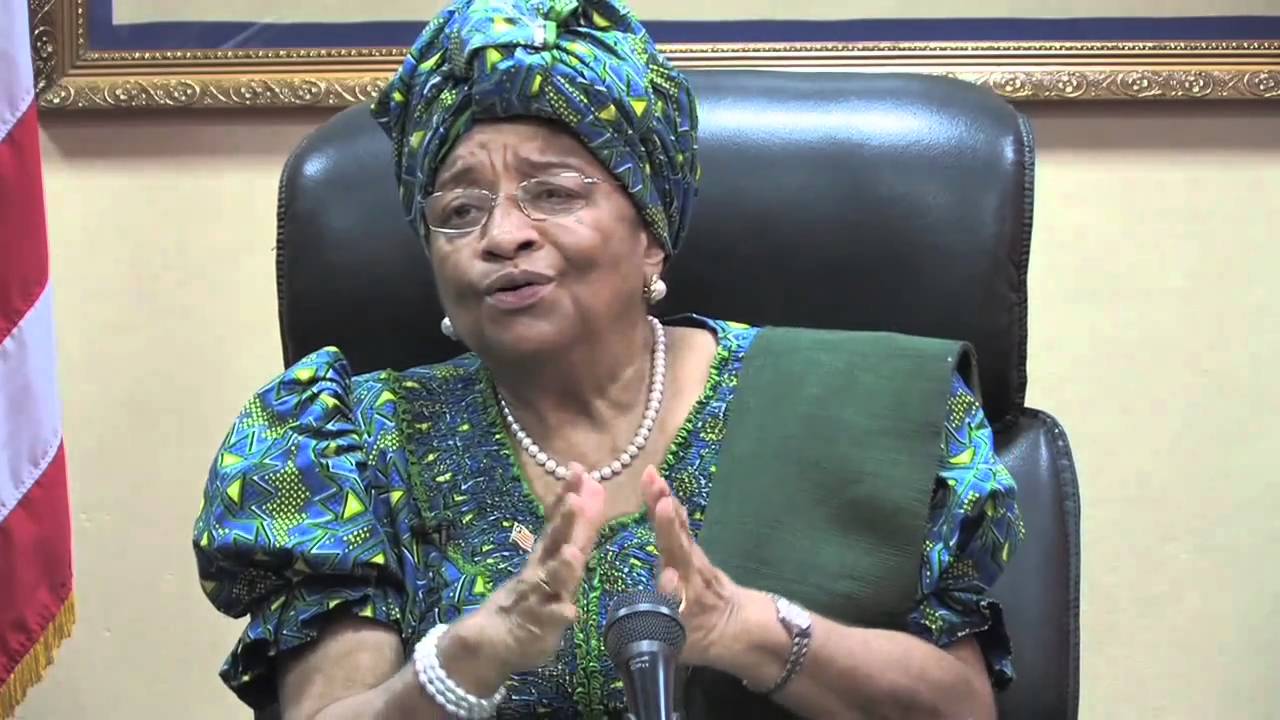 According to recent local media reports, a former rebel commander turned Senator Mr. Prince Johnson, is a person of interest in the ongoing investigation into the deaths of the U.S. catholic nuns and one Linda Jury, an American citizen of the Hari Krishna faith in Liberia during the war.

Other Liberians alleged to have committed war crimes and serious human rights abuses and whose names have been disclosed by Counselor Verdier include:
7. Tarplah A. B. Doe and Richard Devine, founding executives of MODEL, currently under investigations for both war crimes and economic crimes violations.

The former TRC Chairman, who currently resides in the U.S., in his article, named another 10 individuals who he said are being investigated for war crimes and promised that that mores names of alleged human rights violators and perpetrators would be publicized in the coming months as investigations progress.

According to him, international investigations have been concluded for war crimes and the murder of 31 victims and the perpetrators are now subject to prosecution. Verdier did not say whether those who are facing prosection would be tried in Liberia, at the International Criminal Court (ICC) or elsewhere and whether their indictments are sealed pending their arrests.

Still others who are facing investigation for economic crimes, according to Counselor Verdier, include:

2. Jennie Johnson Bernard – Sister of President John Sirleaf and Chairman of the Board, JFK Hospital and Head of Liberia Health Fund

5. Amara Konneh – Former Minister of Finance, President Sirleaf, co-presided over the Child Mortality fund of the EU to Liberia

7. Musa Bility – Private, businessman, Current Head of Liberia Football Association and Chairman of the Board of Directors, Liberia Airport Authority 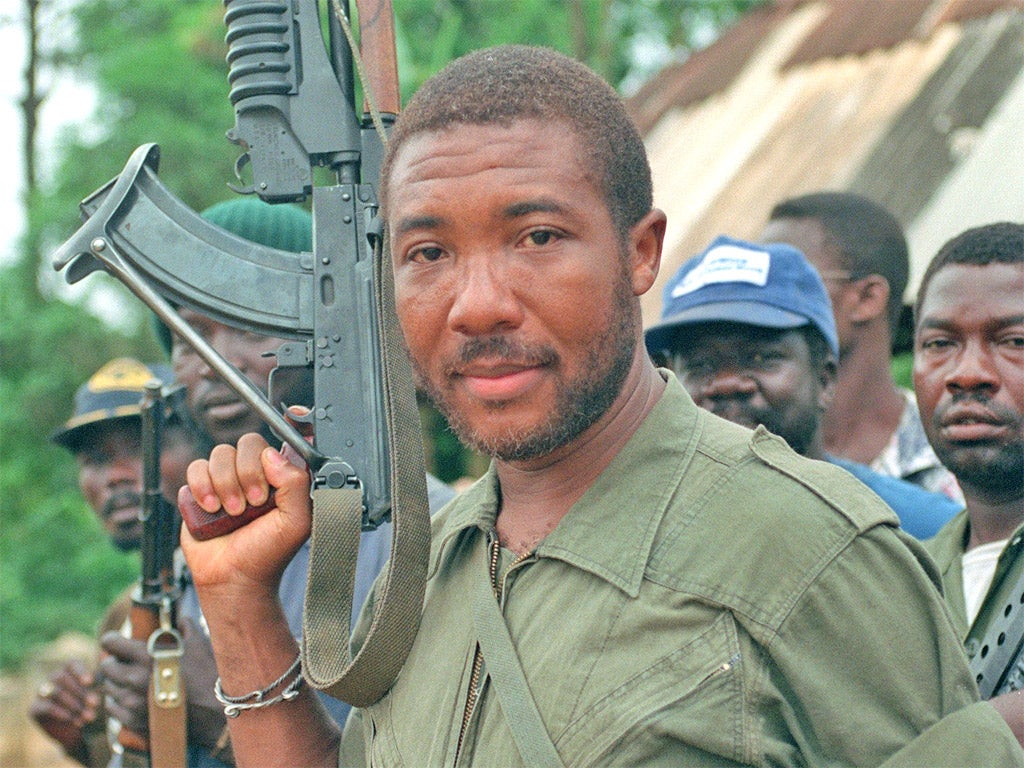 25.  The Liberia Bank for Development & Investment (LBDI) and the Central Bank of Liberia – a development bank of the Liberian people, and the governing monetary authority of the Government of Liberia to regulate the monetary, banking and financial sector of Liberia, have become syndicated institutions catering to special interest, and are now subjects of multi-year audit and economic crimes investigations and Among recommendations offered to the incoming Liberian Administration following Presidential and General Elections on October 10, 2017, the former TRC head advanced the following:

“(i)That the future government of Liberia considers domestic prosecutions of domestic crimes including murders, and diverse theft cases and graft;

(ii) That the future government of Liberia establishes a committee that will review the Recommendations of the Truth and Reconciliation Commission (TRC) with the mandate to prepare a timeline, modalities, strategies and how the full implementation of all the recommendations of the TRC can be accomplished in keeping with law as an advisory tool for government actions;

(iv) That the future government of Liberia considers inculcating the values and culture of the rule of law into the socio-cultural and economic and commercial fabric of the Liberian society as a matter of high priority;

(v) That the future Government of Liberia also prioritizes national reconciliation efforts and initiatives to advance national healing and the transition agenda of restoring comprehensive peace, national unity and security to Liberia as a sine qua non for lasting peace, growth and development in Liberia…”

Counselor Verdier also recommended the following to the international community:

“i) That the international community considers continuing or expanding the sanctions regime on Liberian to include travel ban and financial sanctions on specific persons of interest and international arrests and deportations to ensure that there is no haven anywhere in the world for fugitives and alleged perpetrators of economic and war crimes in Liberia;

(ii) That the international community considers assisting Liberia with financial, technical and other forensic assistances in the recovery and repatriation of stolen wealth from Liberia;

(iii) That the international community considers reviving and supporting efforts towards establishing a special ordinary war crimes tribunal for Liberia to deal with war time atrocities and crimes committed in Liberia, that closure to that chapter of Liberia’s history can be done with dignity and respect for international norms and standards of justice and;

(iv) That the international community facilitate the accentuating of greater accountability in Liberia by commissioning an audit of all donors and development partners grants, aid and loans to Liberia during the period January 16, 2006 to January 16, 2018…”

Counselor Verdier lamented the lack of progress in the implementation of the comprehensive TRC Report by the Government of Liberia and urged civil society to advocate for justice and full implementation of his erstwhile Commission’s recommendation. “The media has an obligation to propagate the truth of what is obtaining in Liberia and to educate the reading public in Liberia on the need for justice and accountability to deal a blow to impunity which is becoming a cultural phenomenon in Liberia…”, Verdier noted.

The Accra Peace Agreement (APC)stipulated the establishment of, among other things, an independent national commission on human rights and a Truth and Reconciliation Commission (TRC) in Liberia. In May 2005, the TRC Act was passed to implement the terms of the Accra agreement.
The Mandate of the TRC was “to promote national peace, security, unity and reconciliation” by investigating gross human rights violations and violations of humanitarian law, sexual violations, and economic crimes that occurred between January 1979 and October 2003. The commission may explore the period before 1979 as needed, and it is mandated to determine whether abuses were isolated incidents or part of a systematic pattern, establish the antecedents, circumstances, factors and context of such violations and abuses, and determine those responsible for the commission of the violations, their motives as well as the impact of the abuses on victims. In addition, the commission is mandated to provide a forum against impunity, establish the record of the past and compile a public report with findings and recommendations. The 9 member Commission which began its work in 2006 concluded their task in 2009.

A former Special Court for Sierra Leone Chief investigator Dr. Alan White recently stated that based on the recent arrests and on-going investigations of former Taylor associates, Liberians feel empowered to be able to support somebody who will bring Justice to Liberians.

Several Liberians in the United States and Europe have been picked up by authorities for alleged war crimes and gross human rights violations during the Liberian Civil war.

Most recently, the ex-wife of former Liberian President Charles Taylor was arrested by British Metropolitan Police in the UK and charged with alleged rape and war crimes during the Liberian civil war. Mr. Agnes Reeves Taylor has denied the charges. Her case is pending. Former President Taylor, following his his prosecution in the Hague, was found guilty on all charges on April 26, 2012 and sentenced to 50 years in prison in the UK.
Also, an indicted former Security chief to Taylor, Benjamin Yeaten has yet to be arrested. He is reported to be circulating in the West African sub-region since he fled Liberia after the resignation of Taylor. 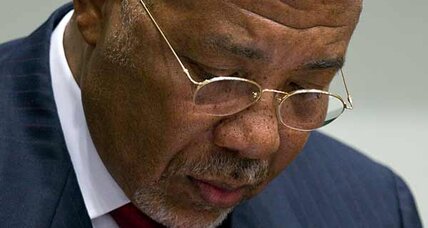 It has been rumored that agents from the United States, Europe and Interpol have been visiting Liberia to gather witness testimonies and evidence against alleged perpetrators for subsequent prosecution.