Mr. Samuel Anayo Ugwute Comes Back To Life After Being Declared Dead By different Medical Doctors 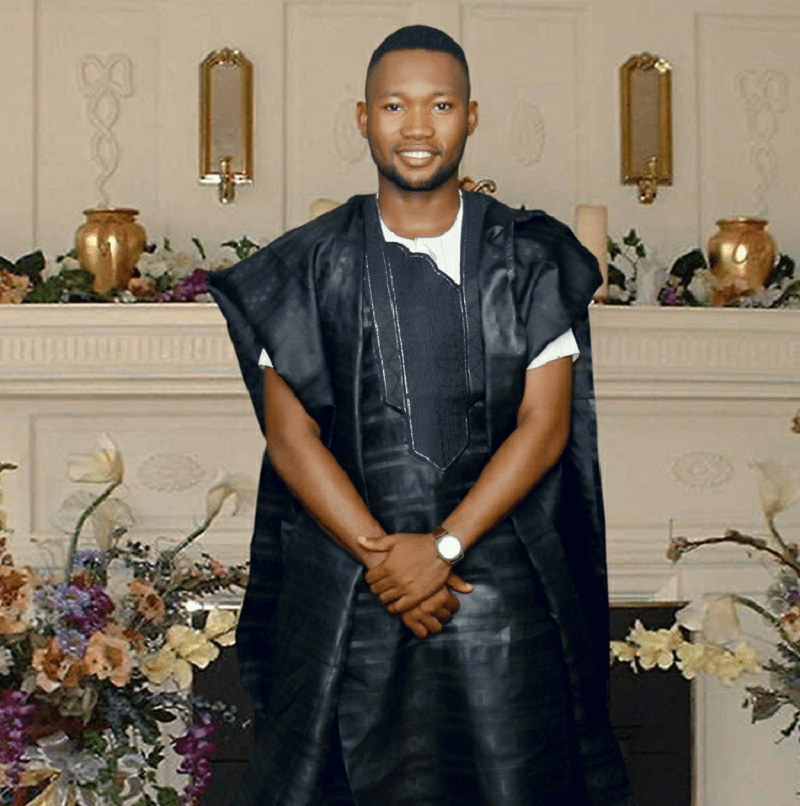 In His own words:

“I am Mr. Samuel Anayo Ugwute, an indigene of Ebonyi state, born and brought up in Owa-Alero Delta State.

“About four months ago, I was diagnosed of in ventricular center defect that is a hole within the walls of my ventricle. It is a serious cardialogical problem said to be common with infants.

“After several cardiological examinations which proved positive, the doctors said my heart was already condemned and the only solution was to go for a heart transplant.

“The initial minor surgery carried out to cover the holes proved abortive. So, I was asked to go for an orthopedic heart transplant which cost 24 million naira including other expenses. There was no money. We wrote to the state government who assisted with a little sum.

“My church assisted me; friends and family contributed too, my surgeon Prof. Tamson, a consultant cardiologist who has worked in India for over 20 years before coming back to Nigeria took up my case because he said in over 200 cases he has done in cardiology, my case was different and rare.

“He spent huge sums of money on my case; he used his influence to attract many Heart Foundations to subsidize the cost of the operation.

“The surgery was scheduled to take place 4 weeks ago, but because I could not come up with enough money for flight, and other expenses, the schedule was aborted. Unfortunately, more complications arose because I was unable to meet up after hundred days time frame of carrying an artificial heart elapsed.

“Finally I gathered enough money, and I left for India on Friday, June 9, 2017, but the doctors turned me back because I was four weeks late, and there was no way I was going to survive. So my doctor through his influence contacted a friend in Australia who had a private jet, and I was flown straight to Australia in a flight which lasted for 12 hours.

“On getting to Australia, the doctors there said there was 80 percent chance of death, and 20 percent of survival. When I heard this I turned to my family for prayers. Before going into the theatre, I prayed to God and reminded Him of my covenant of life with Him.

“Entering the theatre, I gave up the ghost as the first knives cut to get the position.

“Having given up the ghost, I was told they recorded the death time as 4am of the fateful, my family was contacted and my corpse was taken back to India in another 13 hours flight; on getting back to India, my corpse was deposited in the mortuary, but after some minutes I woke up and I felt cold so I started shouting and when one of the nurses heard me, instead of coming to my rescue she ran away out of fear.

“My surgeon heard me and came to bring me out from the mortuary. Coming out I discovered that my whole body was covered in formalin, a preservative used on dead bodies.

“At this development, my family was contacted telling them I am alive. After having a warm bath to wash off the formalin, I saw everybody dancing and rejoicing at the hospital in India, I was speechless, the only word that came out from my mouth was take me home. All through the period I was pronounced dead, all I could see were doctors on white performing a surgery on me.

“I ended up not having the surgery I went for, and after another round of cardiological examination, the doctors found out that there were no longer holes in my heart, everything disappeared, and that I was perfectly, okay. I kept on insisting to go home, and after my doctor in Nigeria was contacted to tell him I was perfectly okay, they took me to the airport and I boarded my flight to Lagos.

“People in India were rejoicing, calling my situation a miracle. “My surgeon received me in Lagos amidst tears; he was the one who told me the news of my death had circulated. In a bid to actually confirm the report of the doctors in India, he took me into the lab for examinations, and he arrived at the same conclusion. I came back to Agbor yesterday being June 14, 2017 totally okay and fine.

“I thank God, because I know He heard the prayers of my father when the surgeon told my father I was dead, he rejected the news, his faith kept me going, the prayer of my Pastors as well as that of my father, Pastor John Ugwute brought me back,” he said.

What are you going through?  After reading this piece , you should know that your situation is not beyond His control. Just trust and obey.

Previous Post IS NIGERIA A FREE NATION OR A CONQUERED VASSAL STATE? -FFK
Next Post EDWARD WILMOT BLYDEN: THE MAN WHO SAW LIBERIA’S TOMORROW (A Perspective) By Edmund Zar-Zar Bargblor