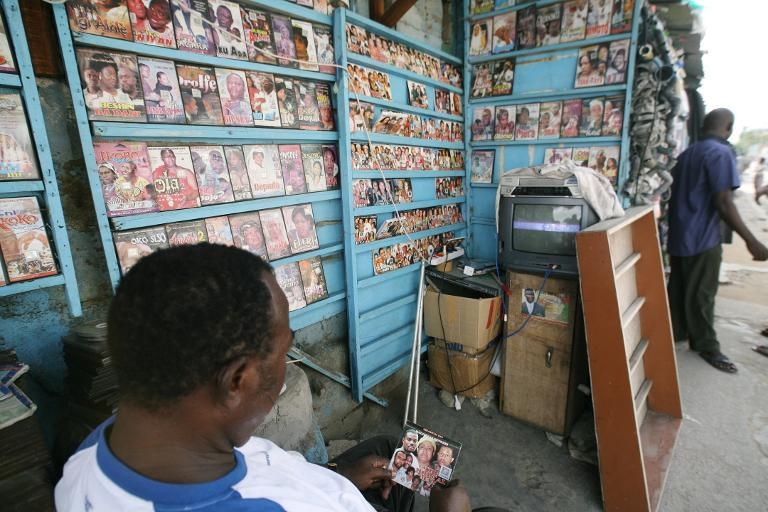 Lagos (AFP) – Nigeria could leap-frog South Africa to become Africa's biggest economy this weekend, when the results of a new way of calculating national output are announced.

Government statisticians will unveil the new figures on Sunday, with widespread expectations that their recalculations will catapult the continent's most populous nation into top spot.

The figures, which will include new and fast-developing sectors such as telecoms and the local film industry, Nollywood, should give foreign investors a better picture of the country's economy.

But analysts cautioned against viewing the figures as a sign of development, noting that South Africa was still way ahead in terms of gross domestic product per capita, infrastructure and governance.

Although pockets of vast wealth exist, most of Nigeria's 170 million people still live on $2 a day while key services such as electricity and water remain notoriously poor.

"Nothing will really change in real time. It is not as if everyone is going to have twice as much salary," Chuba Ezekwesili, an analyst with the Nigeria Economic Summit group, told AFP. 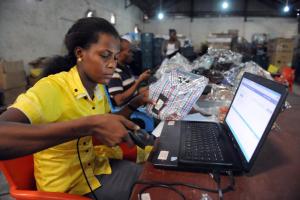 In a picture taken on June 12, 2013, a worker scans a product to ascertain its origin at the Ikeja w …

"It (the rebasing) is really more cosmetic in nature. But, we do think it will increase investment opportunity in Nigeria."

Dawie Roodt, chief economist at the South Africa-based Efficient Group, added: "In term of infrastructure and strong monitoring systems, South Africa is still a giant, miles ahead of Nigeria."

United Nations statisticians recommend that countries rebase their gross domestic product calculations every five years to reflect changes in the structure of production and consumption.

But Nigeria has not recalculated GDP since 1990. 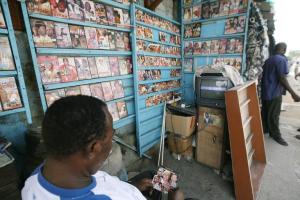 The annual growth rate averaged 6.8 percent from 2005 to 2013 and the economy is projected to grow this year at a rate of 7.4 percent, according to the International Monetary Fund.

Figures for the telecoms and film sectors are likely to be seized upon as an indication of how much Nigeria's economy has changed since the last calculation of GDP was carried out.

In 1990, even fixed landline provision in Nigeria was low but Nigeria is now Africa's biggest mobile market with an estimated 167 million lines, according to the Nigerian Communications Commission. 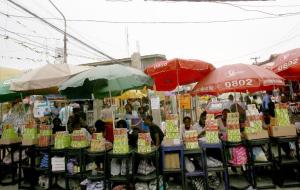 Vendors of mobile phone cards stand behind their stands at the "Computer village", a marke …

Nollywood's annual revenue may be as high as $590 million, according to Robert Orya, head of the Nigerian Import-Export Bank.

Pat Utomi, professor of political economy at the Lagos Business School, said that policy makers would likely seize on the new figures.

But he added: "For the average person on the street, it really does not have any meaning.

"The focus should be on how to transform the huge human capital available in the country to output that will help to reduce poverty and create jobs."

The editor of Financial Nigeria magazine, Jidi Akintunde, said: "There will be the perception that the country has more capacity to absorb foreign direct investment.

"But the GDP rebasing itself cannot be the end. It must (shape) government policy. We have to focus our reforms on the ease of doing business in Nigeria. Nigeria has to address these problems."

Spread the loveBuhari’ government through the ministry of finance took END_OF_DOCUMENT_TOKEN_TO_BE_REPLACED