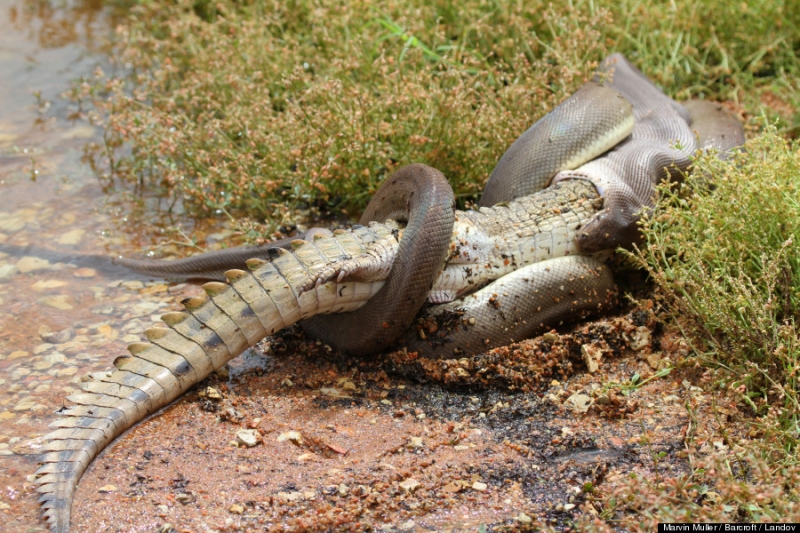 After a long-fought battle in Australia, a python bested a crocodile and swallowed the reptile whole.

Bystanders Marvin Muller and Tiffany Corlis managed to capture photos of the snake eating the crocodile over a span of several hours in Queensland.

The snake reportedly fought the croc for five hours in Lake Moondarra. Winning the fight, the python constricted its prey to death. The estimated 10-foot snake then dragged the 3-foot croc ashore and proceeded to swallow it whole in front of a group of onlookers. National Geographic identified the snake as an olive python and the croc as a Johnson's crocodile, both of which are native to Australia.

While it may look like the python took on too big of a meal, snake expert Bryan Fry of the University of Queensland’s School of Biological Science said it's not uncommon for a python to take on a croc of this size.

"Crocs are more dangerous to catch but easier to sneak up on," Fry told the Brisbane Times. "The problem is they are risking being injured or killed, so they have to be judicious."

After its hefty meal, the python should be full for at least a month.