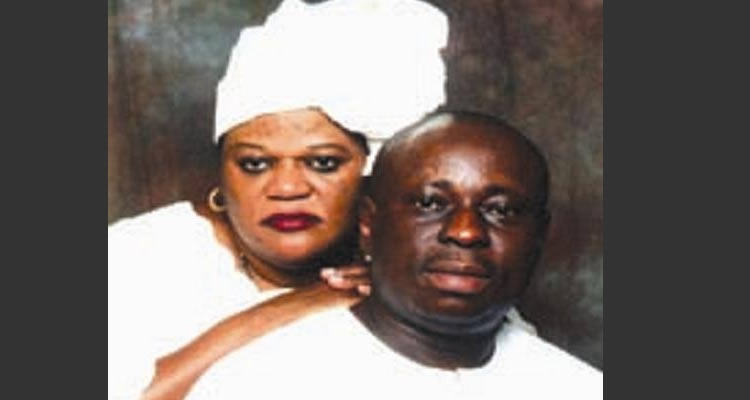 The International Criminal Police Organisation, also known as  Interpol, have recovered a bungalow, a Sport Utility Vehicle, SUV,  and a cash of N1.3 million from an  inspector in the Nigeria Police Force, Anthony Chukwu, who allegedly defrauded a US-based Nigerian lady, Miss Veronica Okwara, of N9 million under the false pretence of marrying her.

P.M.NEWS confirmed on Monday that among the items recovered from the inspector, attached to X Squad Section Force of the  Criminal Investigation Department Annex, Lagos, southwest Nigeria, was his landed property in Lekki area of Lagos State, southwest Nigeria.

It was learnt that the Interpol, who were still investigating the case, recovered the house and the SUV from Chukwu at Ikorodu in Lagos.

The SUV is presently parked at the Interpol annex office at Alagbon, Lagos.

When contacted, the victim, Veronica, confirmed the latest development. She said Chukwu had asked for forgiveness and promised to pay the balance from the sale proceeds of vehicles and other imported items she asked him to sell on her behalf but which he converted to his personal use after he had a fake wedding with her.

P.M.NEWS reported on Monday that Veronica, a medical director (administration) in North Carolina USA, alleged that Chukwu, defrauded her after he had a fake wedding with her.

Following the alleged scam, the Inspector General of Police, Mohammed Abubakar, ordered the Interpol to investigate the matter.  Thus, Chukwu was arrested and flown to the Police  Headquarters  in Abuja for interrogation.

Veronica, in her petition, stated that when she returned to Nigeria on vacation sometime in 2010, a member of her staff stole one of her trucks worth N3.8 million.

Veronica said she when she reported the matter to the police, she was introduced to Chukwu who was then attached to the Special Fraud Unit, SFU of the Nigeria Police in Ikoyi, Lagos to handle the case.

She stated that Chukwu who was then a police sergeant arrested her fleeing staff and recovered the truck for her.

The complainant said after the case, they became friends and Chukwu later proposed to her.

“Chukwu asked me if I was married and I said no. He told me he had divorced his wife and proposed to me. Because he sounded good, I discussed with my family and accepted his marriage proposal.”

But Veronica alleged that she later discovered that Chukwu was still married but planned with his wife to hide her and their  three children at Oworonosoki area of Lagos in order to marry her.

According to the petition, Veronica fell into his trap and took him to USA where they wedded at North Carolina County Court Marriage Registry.  She said her mother was living with her when he came over for the marriage.

After the wedding, Veronica  informed Chukwu about her plans to import cars and other goods to Nigeria for sale.  And he agreed to receive the goods  in Nigeria and help her sell them. She said she trusted Chukwu and shipped some items including vehicles to him to sell in Lagos and remit the money to her.

She alleged that Chukwu sold the items including 14 vehicles and converted the money from the sale proceeds to his personal use.

She claimed that when she asked for her money, the inspector started threatening to arrest her.

When our reporter contacted Chukwu through his phone, he asked him to come to his office at FCID X -Squad at Alagbon Lagos.

He said he knew the lady in question and admitted that the matter was  being investigated  by  the Interpol.

Chukwu declined to make further comment on the matter.