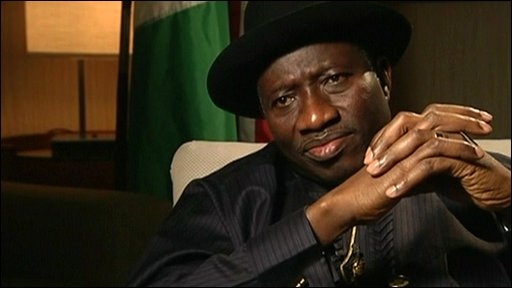 President Goodluck Ebele Jonathan has summoned a meeting of the National Security Council to discuss the growing terrorism and insecurity in Nigeria.

According to a statement by Dr. Reuben Abati, the media adviser, the security council meeting which will start at 11 a.m is one of the two-legged sessions that President Jonathan has scheduled for the day.

At 1300 Hours, there will be an enlarged meeting with the governors.

President Jonathan, members of the National Security Council and the state governors will review the security situation in the country as well as ongoing national security measures and operations with a view to determining the best way forward.

Abati conveyed President Jonathan’s assurances to Nigerians and all residents that the Federal Government remains very mindful of its responsibility for the safety of their lives and properties in all parts of Nigeria and will continue to do everything possible to protect them from the scourge of terrorism and insecurity.

The President expressed concern about the plight of the Senior Secondary School girls who were reportedly abducted from their school in Borno State on Monday night and has ordered the military and national security agencies to deploy maximum efforts towards rescuing all the girls and returning them safely to their parents.

President Jonathan regretted the pain brought upon many Nigerian families in recent days as a consequence of recurring security challenges which the nation is contending with.

He also urged politicians in the country to demonstrate “greater responsibility and patriotism by doing more to support his administration’s sincere efforts to enhance national security rather than trying to build political capital out of the pain and misery of their compatriots”.

Leading politicians have called for a broad-based meeting, including political parties, opinion leaders,monarchs, to deliberate on the insecurity in the land, but analysts said the president’s response fell short of recommendations.

Spread the loveBuhari’ government through the ministry of finance took END_OF_DOCUMENT_TOKEN_TO_BE_REPLACED