For Whom The Gates Open Wide By Prof. Wole Soyinka 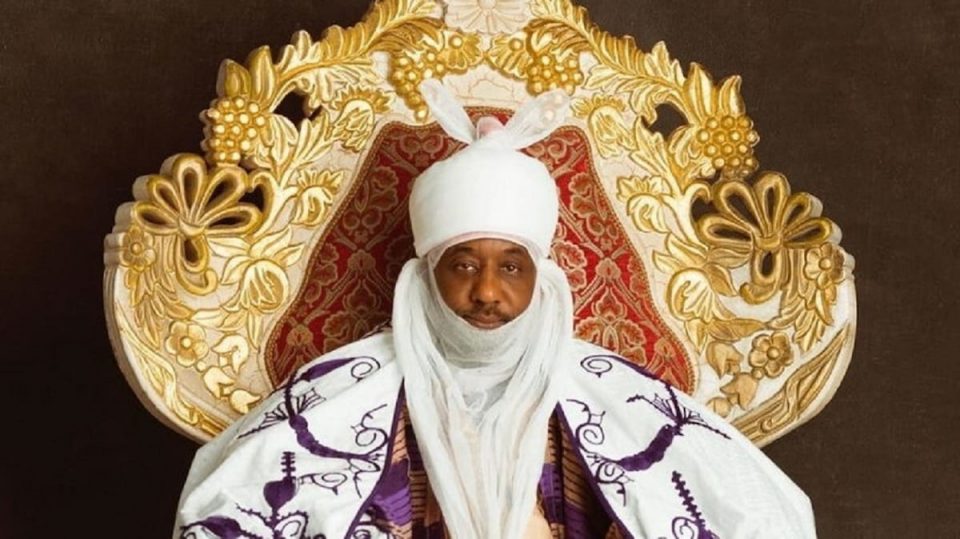 These are depressing times – stemming from different factors of course – for a large sector of the nation. Insecurity, economy in a coma, a leadership in name only, having vanished into either, permanently AWOL in a time of serial crisis. No wonder mimic and debased forms of leadership assertiveness rush in to fill the vacuum! The latest in the stakes of such power appropriation makes one can wonder which is the more reactionary order: the so-called feudal institution, or the self-vaunting modernized governance whose apex can bring the feudal to heel quite arbitrarily, without check and without seeming consequence. To rub pepper in the wound, the protagonist of that “progressive” order enjoys near-absolute immunity, thus, even when it has disgraced its status and violated its oath of office, caught literally with its pants down in open defecation, it can still pretend to act in the interest of progress, modernity and public well being. Such are the ironies raised by the purported dethronement of the Emir of Kano, Mohammed Sanusi, with one stroke of a pen! I was participant, albeit on the sidelines, when a similar scenario began to unfold in my own state, Ogun some years ago. The then governor, on account of an imagined slight by one of the monarchs in his domain was actually poised – not virtually but physically – poised to sign the dethronement and banishment order on that traditional ruler. His office was invaded by some of the panicked chiefs and stalwarts of Ogun state who rushed to ward off the impending order. One of them stopped at my home after the pacification session to narrate what had transpired, and how some of them had actually gone on their knees to plead with that governor to stay action. I was furious. I knew every detail of that affair, had listened to a recording of the speech that was supposed to have given this mighty offence. It was pure piffle!

“Why did you people plead with him? Don’t you realize you were making him feel a god? You should have let him carry on, then we would see what a cataclysm he had launched on the state!”

The man, an independent businessman of absolute integrity, and one of that governor’s intimate circle, smiled and said, “No, we couldn’t do that. We are his friends. We were pleading with him to save him from himself.”

What a pity Ganduje lacked friends who could have saved him from himself! Insofar as one can acknowledge certain valued elements in traditional institutions, the man he thinks he has humiliated has demonstrated that he is one of the greatest reformers even of the feudal order. That is beyond question, a position publicly manifested in both act and pronouncements. By contrast, Ganduje’s conduct, apart from the innate travesty of justice in this recent move, is on a par with the repudiated colonial order, one that out-feudalized feudalism itself, and is synonymous with authoritarianism of the crudest temper. The record shows, in this particular instance, that it is one that embodies modernized cronyism and alienated pomp and power – never mind the cosmetic gestures such as almajiri reformation. It has proved one of the worst examples of a system that enables even the least deserving to exercise arbitrary, unmerited authority that beggars even the despotism of the most feudalistic traditional arrangements.

Emir Sanusi was a one-man EFCC sanitizations squad in the banking system taking on the powerful corrupters of that institution. Unblinking, he trod on the interests of powerful beneficiaries of a worm-infested sector and, in the process, created permanent enemies. By contrast, confidence in immunity has catapulted his tormentor to the ranks of the most notorious public faces of the disorder that Sanusi strove to eradicate. Obviously, vengeance lay in wait, and he was not unaware of it. The signs were omnipresent and Sanusi acknowledged their imminence. I know this for a fact. Apart from exchanges some mutual associates – we held, not so long ago, a phone conversation during his visit to London, just after the shrinking of his domain signaled the commencement of a systematic attrition of his status. I assured him I would shortly fulfill my long-standing promise to pay him a visit. He sounded very much aware of the impending fall of the axe of vengefulness and power primitivism. I can testify that he remained totally unfazed. Most important of all, and most pertinently for the nation, Sanusi was one of the early warning voices against religious extremism whose bitter fruits the nation is currently reaping. Those who wish to understand how deeply he had anticipated and explored the potential consequences of this menace should refer to his novelette: The Adulteress’ Diary, a work that exposes and satirizes the hypocrisy of fundamentalist Islamic clericalism from the inside, that is, from the authoritative point of view of an Islamic scholar. This work did not endear him to hard core fundamentalist purveyors of social division, but even those opponents would have been wise to pay heed to his exposition, and its implicit warning. Then perhaps even if Boko Haram still remained inevitable, the nation would have been much better prepared for its onslaught, and those of allied malignancies like ISWAP.

Why, I am not certain, but I do have the feeling that the palace gates of the Kano emirate are not yet definitively slammed against this Islamic scholar, royal scion and seasoned economist. It is just a feeling. Closed and bared, or merely shut however, the doors of enlightened society remain wide open to Muhammad Sanusi. As for his current crowing Nemesis, a different kind of gates remain yawning to receive him when, as must, the days of governorship immunity finally come to an end. Those whom the gods would destroy, they first make mad. The list is long, there are comrades in impunity awaiting their day of reckoning. The files remain open, and the nation remains on the watch. The wheels of justice grind slowly, but sooner or later, they arrive.

Spread the love(Genesis 50:14 (NIV) …14 For God shall bring every END_OF_DOCUMENT_TOKEN_TO_BE_REPLACED