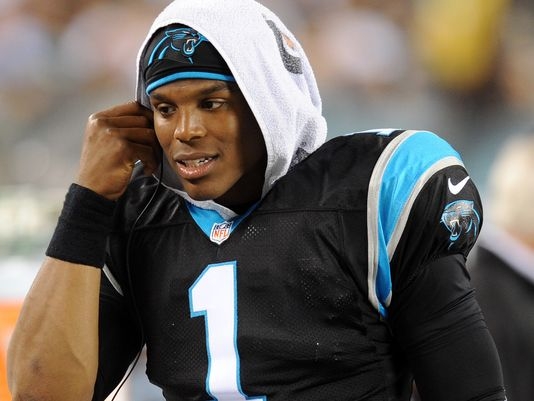 He will get there the hard way.

"Things that affected you when you were younger really don't affect you the same way the next time they come around," Newton told USA TODAY Sports. "The next time, it's smoother. It's like, 'I can't go through this the same way I did it before,' or it's really going to be a battle with myself."

Newton is trying to fulfill the great expectations that come when you possess a cannon arm, turbo-powered legs, Heisman pedigree and were the first pick in the NFL Draft.

When he speaks of battling himself, it is a realization of how hard he can take losing.

This has not always been a good look, fueling criticism of his leadership.

Remember that lopsided loss last September against the New York Giants? Newton was apparently so despondent after getting benched — and rather than watching backup Derek Anderson run the offense, he sat with a towel over his head.

After a loss against the Dallas Cowboys a few weeks later, he presented himself as the absolute picture of misery during a press conference.

You live and learn. Newton knows. As a quarterback, he is expected to be a leader — "Whether you want to be or not," he says.

Fresh tests await. The Panthers offense, guided by a new coordinator in Mike Shula, has been anything but dynamic during the preseason.

Newton hasn't guided the first-team offense to a touchdown in 11 consecutive possessions, and in the three preseason contests the unit has produced one TD in 14 series.

PHOTOS: Cam Newton from Auburn to the NFL

Spread the loveBy now, most people have read the story END_OF_DOCUMENT_TOKEN_TO_BE_REPLACED