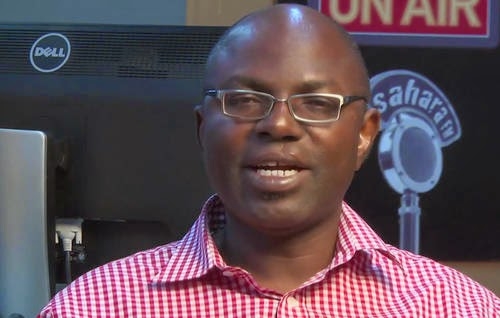 The first time we met was sometime in 1988 soon after his youth service under the National Youth Service Corps' compulsory program for young graduates, which prepares them for the challenges of our society away from the infatuations of the academic environment where dreams are generated and views of the reality of society are mostly in conflict with the facts of the decadence of our own society.

Mr. Bamidele Francis Aturu, without any organizational promptings, had just volunteered himself to the movement when he took a very courageous decision to deepen the struggle against military dictatorship in Nigeria by rejecting an award of excellence as the Best Youth Corper in Niger State, north central Nigeria in 1988. Aturu did not only reject the award, he also refused to have a handshake with the Military Governor of the State, Colonel Lawan Gwadabe. This threw Comrade Aturu up as one of the best of a generation of activists determined to change our society for the better.

The circumstance and methods adopted by Aturu in that incident could easily mistake him for an anarchist who would singularly dare the devil to make a strong point. This was an individual, acting on his own instincts but speaking on behalf of millions of Nigerians excruciatingly groaning under deepening hardships imposed on them by a very tiny club of military officers who had seized the state at gun point, mismanaging our collective resources as directed by neo liberal institutions who thought the absence of democracy in a potentially resourceful state is an opportunity to slide anti people policies down our throats.

Aturu may have acted alone in Minna, but almost immediately connected with the revolutionary community to chart a collective process for a long drawn, painstaking struggle for a society decent enough to respect everyone's rights, including the fundamental right to chose who governs us.

He became a strong member of the Socialist Congress of Nigeria, SCON; together with other comrades formed the Democratic Alternative, a front mass organization of marxists, to mobilize Nigerians against military dictatorship. Chima Ubani, another of our finest who died in an accident during the struggle against the deregulation of the petroleum sector of the Nigerian economy was pioneer General Secretary.

From that moment, until his death at dawn on Wednesday 9th July 2014 after a very brief illness at his residence just as he was preparing to leave for the National Delegates Conference of the Nigeria Union of Teachers, NUT, at Uyo, the Akwa Ibom State capital; Aturu was part of several organizations and also took part in almost all protests against anti people policies, including the Structural Adjustment Program which was sneaked in by the International Monetary Fund, IMF, during the Ibrahim Babangida military dictatorship.

He was a member of Campaign for Democracy, United Action for Democracy, Civil Liberties Organization and actively participated in street barricades against military dictatorships.

If his action in Minna in 1988 displayed the fearlessness in him, his effective mobilizing capabilities and confrontations with armed security agents during these protests brought the undaunting courage, honesty and commitment to our collective struggle he was richly endowed with. Aturu was a man of unequalled courage.

Unknown to so many people, Aturu, the son of a police officer, was a private in the Nigerian Army. He deserted the army to give himself formal education, culminating in his legal practice.

Aturu first studied Physics at the Adeyemi College of Education, Ondo, South West Nigeria. He decided to return to school soon after his youth service to study law at the Obafemi Awolowo University, Ile-Ife and since completion of his law degree, which included a master degree in law, he worked with the Chamber of Professor Itse Sagay and Co. Prof. Sagay, himself another committed change agent, testified to Aturu's honesty and commitment to the struggle.

He left Prof. Sagay's chamber to establish his own with a vision to "serve the cause of social justice by effectively and competently using the law in spite of its limitations; to defend the underprivileged, the dispossessed, the oppressed and the abused against the rich and the powerful; to be a leading voice in the struggle against all forms of discrimination and undue privileges".  These are the vision and mission of his law chamber from the onset as stated on the chamber's website.

To emphasize his commitment and disposition of his law practice to serve the poor and underprivileged, he stated clearly that "in pursuit of this vision/mission, we will not accept a brief simply on account that it is lucrative or reject a poor prospective client simply on account of inability to pay, if we are convinced that he or she is truly unable to pay our fee." He made his chamber a part of the movement and accessible to the underprivileged.

His law firm is part of the legal team of the entire labour movement in Nigeria. He is an incontrovertible authority in labour laws in Nigeria and has authored several papers, articles and book on labour laws. His book, NIGERIA LABOUR LAWS, published in 2008 remain the most popular compendium referred to by academics, labour activists, lawyers and judges. Trade union organizers, popularly known as "pocket lawyers" because of their mastery of aspects of the Nigerian labour and trade union laws relating to workers rights to form and belong to trade unions, have been deeply enriched by Aturu's book and writings.

He also made a powerful presentation at the annual Kolagbodi Foundation lecture series in collaboration with the Fredrick Ebert Stiftung (Fredrick Ebert Foundation), which was published in 2010 titled: NIGERIAN LABOUR MOVEMENT AND THE MAKING OF AN AUTHENTHIC CONSTITUTIONAL FRAMEWORK FOR THE DEVELOPMENT OF NIGERIA.

Aturu had a very strong and resourceful presence at the Nigeria Labour Congress, not only as one of the leading counsels but also as external researcher and facilitator at the annual Rain and Harmattan schools organised by the Education and Training Department of NLC. He also represented NLC, Africa's largest labour centre, at the National Labour Advisory Council, a tripartite team with representatives from labour, employers and government, charged with the responsibility of reviewing labour laws.

Bamidele Aturu was a combination of high intellect, honesty, transparency, humility, purposeful energy, dependable and a committed young man to the struggles for a better society.

His presence at a meeting during the pro democracy struggles reassured comrades of a rancor free meeting as he was always intervening on contentious issues that raised nerves among comrades. And he provided good leadership during mobilizations for mass actions against the military across the country.

He was not known to attend meetings he considered wasteful or that may not end with pro people resolutions. This is why he rejected his nomination to participate in the on going National Conference/Dialogue organized by the Federal Government to provide solutions to our national crisis, which has been deepened by lack of good governance, and corruption evidently more prevalent under the administration of the organizers of the conference. Aturu rejected his nomination knowing where the conference is destined, just like previous ones.

We all owe the likes of Bamidele Aturu. We must reunite, reorganise and renew our collective selfless commitment to the struggle to make Nigeria, and indeed humanity better. The circumstance of his passing should remind us all that only our contributions to humanity is the valiant in us. Death, as inevitable as it is do not make the worth of our living useless if people make their lives useful to the society.

Bamidele Francis Aturu, our own BF, is dead but he continues to live FOREVER in us all if we step up our capacity to organize for a better society for humanity.

Denja Yaqub is an Assistant Secretary at the headquarters of Nigeria Labour Congress and a close friend of Bamidele Aturu.

Spread the love
Oye Gureje: A Scholar As A Rhotacist, By Remi OyeyemiSpread END_OF_DOCUMENT_TOKEN_TO_BE_REPLACED
Previous Post Why I killed my father —Redeemer University of Nigeria undergraduate
Next Post Nigerian Army court-martials 18 soldiers over alleged plot to kill General, 12 of them Sentenced to death