Why I killed my father —Redeemer University of Nigeria undergraduate 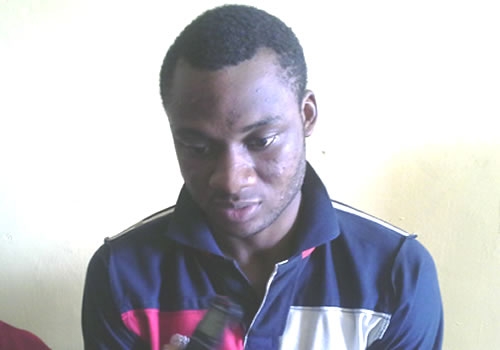 Tolani Ajayi, a 21-year-old undergraduate of Redeemer University of Nigeria (RUN), who killed his 66-year-old father, Charles Ajayi, last Tuesday, said he took the action of killing his father out of provocation.

The suspect told newsmen on Tuesday in Abeokuta, the Ogun State capital, when he was brought to the Police headquarters for further interrogation.

It was learnt that the suspect had been asked to face the disciplinary committee of the university, where he is a 300-level student of History and International Relations, before committing the offence.

The accused person, who did not show any sign of remorse, however, regretted killing his father, contending that his action might be spiritual.

He sought for forgiveness from his mother, saying “I have sent some people to talk to her that I am sorry, I have talked to my sister, my mother is still grieving I want to give her time, it may be spiritual. I have asked for forgiveness.”

Upon further questioning from newsmen, Ajayi confessed that he used a kitchen knife and cutlass to stab and later slaughtered his father, during a heated argument. He also admitted to be into drugs.

He said, “I tried those drugs myself. I might have heard it from my friends but, I tried it myself. The incident happened around 1.00 a.m. It was anger that led me into this.

“There was an argument between us and I stood up to him. Then he started beating me with a stick and bit me with his teeth. He went to the kitchen and got a stick (wooden spoon) which he used on me repeatedly and I tried to defend myself, then he bit me on my shoulder and I got angry. I used normal small kitchen knife, then, I used cutlass to attack him. I regret the action.

“We were at home alone; my mother was in Abuja where we live while I school in Camp.  He came for a programme, we were meant to go back to Abuja together before the incident happened.”

The suspect also said he was ready to face the full wrath of the law for his action, saying “there is no way Nigerians can help me. I am going to face my judgment, I am meant to pay for what I have done.  It is not as if I am ready, it is something that is inevitable, something that is going to happen. I am just waiting for it.”

Spread the loveBy now, most people have read the story END_OF_DOCUMENT_TOKEN_TO_BE_REPLACED

Previous Post The Beginning Of The End Of Femi Aribisala’s Fiction By Sunday Dare
Next Post Bamidele Aturu: A Tribute To An Uncommon Fighter By Denja Yaqub