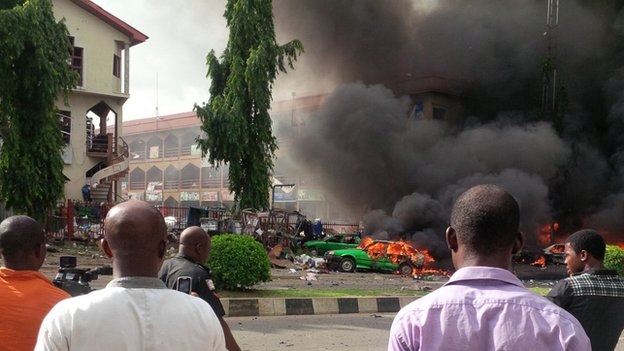 A bomb attack on a busy shopping district in Nigeria's capital, Abuja, has killed at least 21 people and injured 52 more.

The blast, near the popular Banex plaza shopping complex in Wuse district, could be heard from miles away and sent plumes of smoke into the air.

Government spokesman Mike Omeri confirmed the blast was the result of a bomb.

No claims of responsibility have been reported. 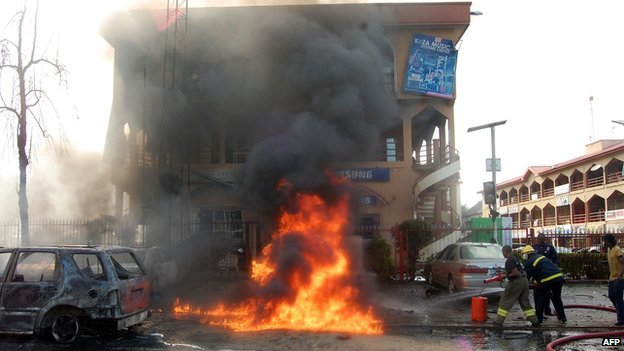 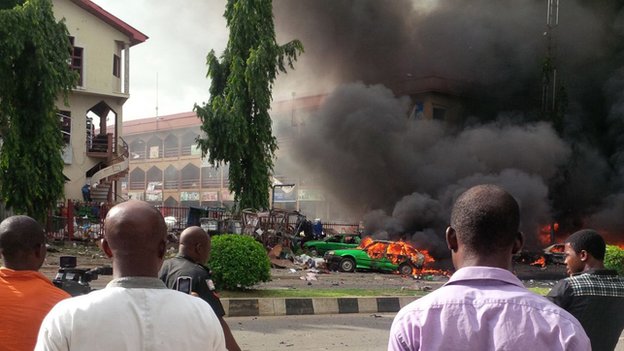 I counted 12 bodies of men and women at the mortuary at the Maimata District Hospital, which is a few kilometres from the site of the blast.

Doctors and nurses were treating dozens of wounded – many of them for burns on their faces, hands and legs. The security forces were trying to keep order as relatives and friends rushed to the hospital to find out about the fate of their loved ones.

I saw one little boy, with bloodstains on his forehead. He was sobbing and looking for his mother.

A stranger brought him to the hospital after finding him, alone and disoriented, near the blast site. He got separated from his mother when the explosion ripped through the area. The boy did not know whether she was alive or dead, but the man looking after him feared the worst.

Chiamaka Oham, who was near the site of the blast, told the BBC: "We heard a really loud noise and the building shook, and people started screaming and running out.

"We saw the smoke and people covered in blood. It was just chaos."

The area was packed with shoppers at the time of the blast, the BBC's Hausa service editor Mansur Liman reports.

Many cars outside the shopping complex were burnt out and many windows were shattered, he adds.

One man told the BBC his driver was killed in the blast: "I was in the complex when I saw that the ground was shaking. I saw my driver dead and a lot of casualties." 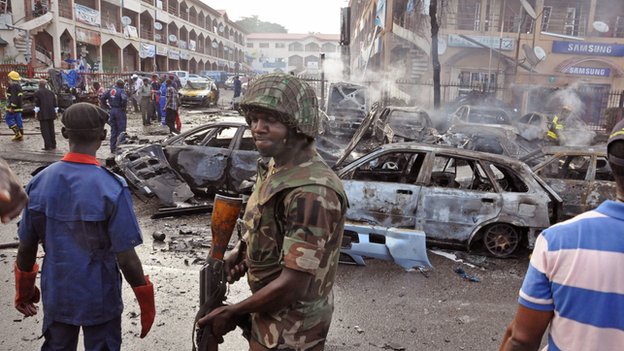 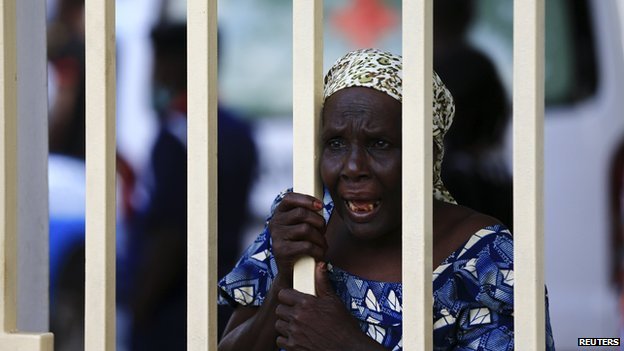 Many of the injured were taken to Maitama General Hospital

Boko Haram has staged previous attacks in Abuja, but most of its targets have been in the north-east of the country.

In April, more than 70 people were killed in a bomb blast at a bus stop on the outskirts of the capital in an attack claimed by Boko Haram.

The group also said it was behind a car bomb attack near a bus station in the suburbs in May, which killed at least 19 people and injured 60 others.

The group also carried out a deadly car bomb attack on the United Nations building in the Nigerian capital in 2011.

It has become a source of growing international concern since the recent abduction of more than 200 girls from a school in northern Nigeria.

Spread the love  “Life’s most persistent and urgent question is, END_OF_DOCUMENT_TOKEN_TO_BE_REPLACED