When the righteous reigns, the people rejoice. The converse is also very true by Oluwasegunfunmi Oladele Akinwole 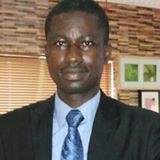 The Faculty of Agriculture of Obafemi Awolowo University (OAU) has produced the Vice-Chancellor a number of times in the past. However, in my five years of sojourn as an undergraduate student in the faculty; in my many years of visiting after graduation to friends in the academics in the faculty, and in my “many” years as postgraduate student in the same faculty now, I have not seen, heard or read about any outstanding and spectacular Dean of the faculty, who has made a real mark in the sand of time, like the present one.

I do not want to weary you friends with the story of how he became the Dean. Really, the powers in the earthly places never wanted him. I had never before then witnessed an election keenly contested like the one that ushered this Professor to office but in spite of all, he still won by THREE votes. The progressives shouted and rejoiced for the victory and triumph of good over calumny. Like any other person voted into office, the professor resumed office less than a year ago.

I decided to write this piece because of the discussion that took place on Thursday 5th June 2014 beside the table where I was preparing for the last paper of my penultimate exam. Looking at the transformation happening in the faculty, this group of graduating students were reasoning among themselves and asking questions around where the present Dean is getting money to do all the things he is doing. Why the previous Deans never saw the need to do any of the things that he is doing now? Wondered if his successors will even find anything to do and… Except for some irresistible strands of grey hairs on my head now, I am sure you know that I have not significantly grown or increased in height and size. So, they did not feel that any elderly person was around the corner. They freely discussed.

When Fashola became Governor of Lagos State, the story of the economic capital of the nation changed. Things we thought were not possible were done with ease. Things that refused to work even during the era of the military began to work. Yes, they are still working.
Friends, come and see the man who is rapidly changing the face of the faculty you left some twenty two years ago. Come and see the man that is unrepentantly bent on internationalising your faculty. Come and see the man who believes that if something ever worked, there is no reason why it shouldn’t work again. Come and see an undiluted product of Ife, a Professor who does not believe students should fail, a man who does not believe in the ideology of delaying students. Come and see another Fashola and another Hezekiah Oluwasanmi. Come and see the man that is rebranding the Faculty of Agriculture. His name is Professor A.S. Bamire. Am sure you would love to speak with him. He is truly a cube of sugar that ants are visiting uninvited. Several alumni are coming around to see and to partner with him. Don’t be too surprised if you get to your faculty again, a builder is the current Dean.

Am sure he will be glad to relate with you too.

Previous Post Simply put, the Haramites in the APC cannot be trusted with power- FEMI FANI-KAYODE
Next Post How Saraki, Tinubu, Odili, others rob their states blind through obnoxious pension laws- Premiumtimes