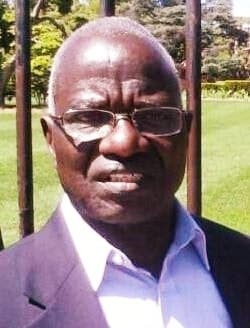 (He was a Humanitarian)

Mankind, down through the ages has come the cry for knowledge and more knowledge. Around us, everything is changing and nothing seems permanent and fixed. The mountains crumble away, the rivers dry up in the Sahara Desert, and cease to flow, islands sink and new seas are formed. The great oaks, in all their majesty must succumb to transition, to change, or death. Man goes on his way and crosses the borderline into the unknown and seems to end his existence in the twinkling of an eye. Is there any part of man, therefore, or any part of nature, that is immortal, unchanging permanent and conditional? Still, there was always the quest for knowledge and the desire for answers to problems unsolved. Why are we here? Who are we? Whence have we come? And where do we go? Is this personality of ours, this individuality which we strive to build up through idealism and the elimination of undesirable traits, merely a temporary or imaginary

According   to the police within the Washington, D.C. area,   Mr. Johnson Doerue was killed on Wednesday, September 12, 2018, at the  intersection of North Capitol Street and Channing Street, around 9:30pm. He was reportedly crossing from the east side to the west side of North Capitol Street, when the vehicle fatally struck him. He was 67 years old.

I met late Johnson Doerue in January, 1982, when I enrolled at the Howard University in Washington, D.C., to pursue my graduate studies. He was kind to accept me to reside in his apartment for 6 months. When he realized that I had no scholarship from the Liberian Government, he was sympathetic and asked me to only cover the payments of utilities, which were less than $100.00 monthly at that time.

Brother Johnson, was a good and kind man, he will be greatly missed.

Mr. Johnson Wolo Doerue,  was born to Oldman Sammy Zedueh Doerue and Old Lady Annie Tarnyoung. He was born On September 15, 1950, in  Zulu Blee or Zulu Town, Grand Gedeh County, Liberia. He is survived by his only son, Mbowolee O’Dell Doerue  and   his wife, Mrs. Mbowolee O. Doerue. He is  also survived his four sisters: Helen, Cecelia, Rachael and Comfort.

"Nature it seems stands on its head

Not yet but sometimes we’ll remember and smile."