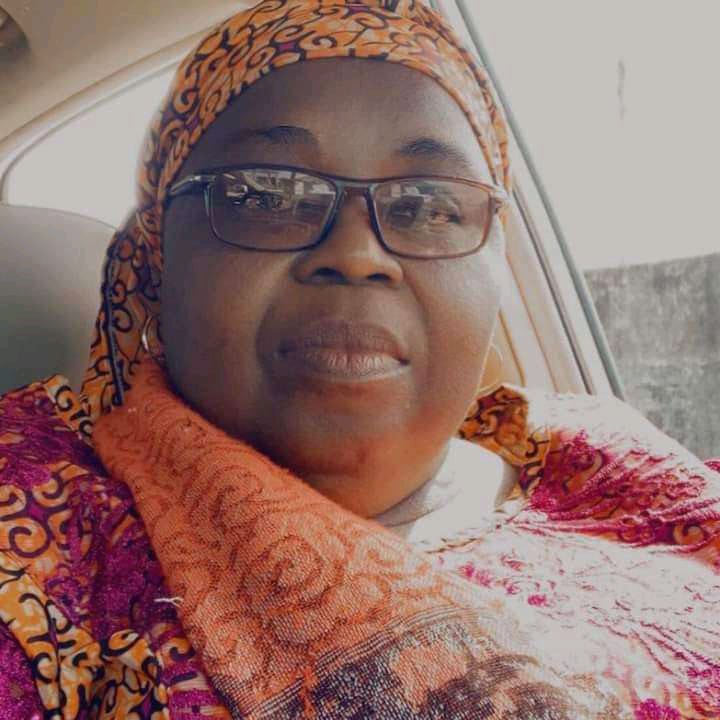 It is with profound sadness and wealth of lasting memories, I write this tribute for the Korlah and Nyanseor families – on the transitioned of Matriarch Menia Jugbeh Nyanseor aka “Sister”, who departed this world at 3:14 pm, Thursday afternoon, June 3rd, 2021 at Fidelity Healthcare, 20th street, Sinkor, Monrovia.

Sister, as she was affectionately called by both family members and friends was born into the union of Tetee Torborh Korlah Nyanseor and Worhwinn Mardea Sarkpah of Monrovia (Old Kru Town), Montserrado County, Liberia, on December 1st, 1954. All of us siblings were born on the unpaved side of Clay Street (off Camp Johnson Road). On this section of Clay Street, you had to cross over Sonewin (pond) to get onto United Nations Drive. This area was part of Rocktown, Monrovia. We who were born in Monrovia proper were so proud to be called ‘Rock Time Boys’ or ‘Girls’; the name distinguished us from those that were born outside of Monrovia (a false pride we wore as a badge of honor).

Jugbeh began her early education at Monrovia Demonstration Elementary School, and continued to the College of West Africa (CWA). Both she and Sarkpah graduated from Wells Hairston High School in Monrovia. In 1975, she got employed with the Liberia Tractor Company (LIBTRACO) as Cadex Clerk until the 1990 Liberian civil crisis. Jugbeh happened to be a dedicated member of the Christian Evangelistic Pentecostal Church (CEPC) the Cow Factory community, Somalia Drive, Gardnersville, where she remained until her demise.

During most of Jugbeh’s life time, she resided in the P.H.P. (Public Health Pond) Community, but only sought refuge elsewhere during the different civil crises in Liberia. Our parents, especially, our mother, Sarkpah Mydea Worhwinn provided the best for us. Our parents made sure we had enough to eat and a roof over our heads. Older brother Korlah Wleh aka Anthony Wleh Roberts (deceased) attended St. Patrick’s high school (private school); later, I, Jglay Kpa-kay attended Zion Academy junior high school (private school) then went on to graduate from Laboratory High. Jugbeh attended College of West Africa (CWA), and later, both she and Sarkpah graduated from Wells Hairston High School, Monrovia.

We were born Methodists (Mary Sharpe Old Krutown Methodists church) to be exact. Our upbringing was based on 2 Timothy 2:15 – “Study to show yourself approved unto God, a workman that needs not to be ashamed, rightly dividing the word of truth.” The Klao/Kru culture which we were born into taught us to respect women and the elderly; and also, we were always reminded of Proverbs 22:6 – “Train up a child in the way he should go, and when he is old he will not depart from it.” And we were told a “Good name is better than riches.”

Jugbeh inherited from our mother, Sarkpah Mydea Worhwinn, true altruism: love for others without regards to how young or old the person is. This unselfish concern and love for others – simply out of a desire to help, not because you feel obligated, but it is done out of concern for the well-being of the less fortunate. It was the same compassion Jesus Christ not only taught but demonstrated when He walked this earth. And those that interacted with Sister could not help to notice the qualities she demonstrated – Love, Compassion and Honesty, which makes me to think of her as an example of the mythological Phoenix. This bird is known throughout all cultures and ages to die, burst into flame, reborn from the ashes and become immortal to continue doing good deeds for humanity.

Having no job after LIBTRACO and the 1990 Liberian civil crisis, Jugbeh rekindled her passion for education and sewing, not necessarily to earn money for luxuries but to provide quality education to her children, nephews, nieces and relatives. Jugbeh established a Homeschool where she taught: Reading, Writing, Spelling, Arithmetic, Science, Geography, Civics, History, and Critical Thinking. Her teaching philosophy was based on 2 Timothy 2:15 – “Study to show yourself approved unto God…” While her Homeschool was in full swing, she started her seamstress business to augment her finances to support the widening extended family. Her tutoring method was so successful that students from her Homeschool excelled. For example, her daughter Sedia Setonneh Weeks and others are gainfully employed.

Jugbeh was a powerful and influential member of the family. She made valuable contributions to the church and the community. She was a woman who empowered the people in her sphere – by her strength, commitment, and ability to empathize. The matriarch role she inherited from our mother included emotional and intellectual prowess. These qualities endure over generations in the family; a position she held with distinction, love, compassion, honesty and dignity.

So let us weep not, for the transitioned matriarch lived a spiritual fulfilled life. Her time on this earth has expired; as the song writer Jim Reeves says: “This world is not our Home. I’m just passing through; my treasurers are laid up somewhere beyond the blue; they’re all expecting me and that’s one thing I know.”

The message of the song should serve as a reminder to us – who she left behind to live a godly and fruitful life before our time comes in order to be remembered in similar manner, as Jugbeh. As for me, instead of mourning for my home going sister, Jugbeh, I am encouraged to celebrate and cherish the wonderful memories she left with you and I. Therefore, as Maya Angelou reminds us: “A great soul serves everyone all the time. A great soul never dies. It brings us together again and again.”

As John 14:1 says: “Let not your heart be troubled: ye believe in God, believe also in me. In my Father’s house are many mansions: if it were not so, I would have told you. I go to prepare a place for you. And if I go and prepare a place for you, I will come again, and receive you unto myself; that where I am, there ye may be also.”

Cherishing the home going of Jugbeh are the following:

The Funeral Services for Sister Menia Jugbeh Nyanseor will be held on Friday, June 18, 2021 at the Christian Evangelistic Pentecostal Church, Cow Factory, Somalia Drive, Gardnersville, and her body will be interred on the same day at Capehart Cemetery on Kehbah Road in Barnesville; behind the Kehbah market.

May Her Soul Rest In Perpetual Peace!