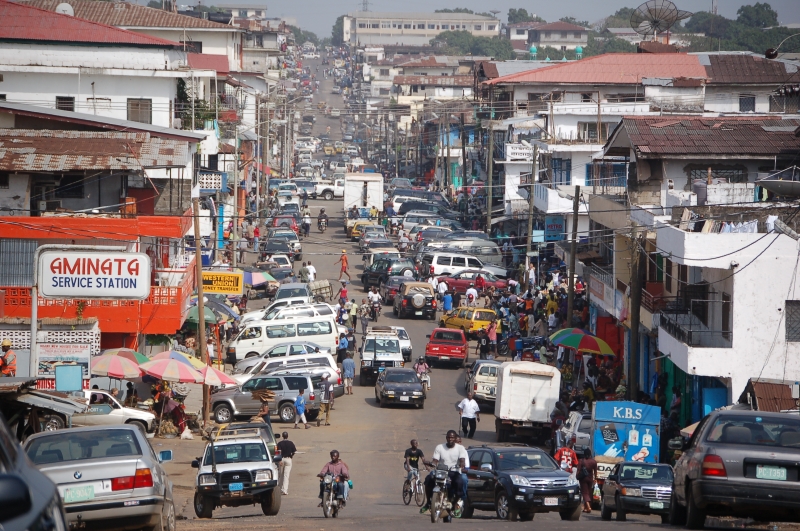 (A Reflective Analysis of Liberian Mindset)
by
The African Intellectual Forum

"History cannot give us a program for the future, but it can give us a fuller understanding of ourselves, and of our common humanity, so that we can better face the future."
Robert Penn Warren

Looking back will allow us to consider Liberia’s journey from a colony, to an independent republic (Dennis, 2006). This journey will also help us to understand and appreciate the status of Liberians' mindset before 1980, from a Socio- political perspective.

Congo mentality is a mentality associated with the thinking of the Americo-Liberians. This mentality operates on the premise that
African culture and all its attributes are primitive, backward and uncivilized. The Americo-Liberians or the 'Congo people' referred to indigenous Liberians as heathens, natives or country people. Before 1980, African Liberians were treated as subhuman. They defecated in the buckets at night and indigenous children carried the human waste to the outhouse the next morning. These are some of the peripheral mistreatments the indigenous received at the hands of the ex-slaves and their descendants. At the institutional level the adult indigenous carried the District Commissioners or the tax collectors, who in most if not all cases were ex-slaves, in hammock when they traveled in the interior of the country.

For the purpose of schooling, indigenous children were sent to the homes of the Americo-Liberians where they played the role of domestic servants. The indigenous children who went to live with these people had to change their names to those of Anglo-Saxon origin. One has to ponder as to the merit for the change of names. The writer is under the impression that the child's name had to be changed in order for these people to be able to write it on paper. Please bear in mind that these people (the ex-slaves and the freed men of color) had very limited education with the exception of few, those from the West Indies. It would be recalled that Professor Simon Green leaf, a Caucasian from Harvard Law School in Cambridge, Massachusetts, who produced a replica of the US Constitution, authored the Liberian constitution. The Liberian constitution at that time did not reflect the African reality in which the ex-slaves found themselves, this document had no vision for the newly formed African nation.

It is against this background and atmosphere that ''educated indigenous Liberians'' found themselves. Their names from their villages did not have the audio effect on the ruling class, who were ex-slaves and perhaps illegitimate children (free men of color) of the Caucasian slave masters. The ruling class and their descendants in most cases thought of themselves as Americans and not Africans. So, they hyphenated the connection by classifying or referring to themselves as Americo-Liberians. Also, at the national level, the music played by the government owned radio station was predominantly Afro-American music. The Liberian Government for over 133 years did not strengthen the cultural foundations and academic institutions of Liberia, since most of the sons and daughters of the ruling class went to the United States or Europe for their college education. The use of tribal language within the homes and primary schools was discouraged or prohibited. These conducts by the national government have left the ''educated indigenous'' with an identity problem. The policies were set in such a way that anything that was not Western was considered inferior. The writer is tempted to say that bachelors' degree from the university of Liberia was considered inferior to a degree from a foreign college or European institution. In fact, foreign holders were paid more in salary than local degree holders were. This mentality motivated a good number of Liberians, especially indigenous to shy away from the colleges in Liberia. Most of the indigenous who vowed not to enroll at the University of Liberia were the ones that could least afford to financially survive in an affluence society like that of the United States. An ''educated indigenous Liberian'' will quickly lend his support to the descendants of the ruling class than support a more qualified individual from another tribe.

Congo mentality also played an active role in the under development of Liberia. Under past Liberian governments, little economic development was carried out because all the money was used to pay the government salaries of friends and family members. According to this mentality, the purpose of government was to provide jobs for people. Instead of wasting valuable funds on an overgrown government, all resources should have been directed towards building a business infrastructure for a modern society and fostering economic development. In Liberia, honest individuals who worked in governments without stealing the limited resources of the country were perceived as failures, while those who stole government money and resources to build two to three houses just in one year on salaries below Twenty-Thousand Dollars annually, are viewed as successful individuals. In essence, this mentality fosters stealing in government.

This mentality has created the impression that all solutions are political solutions, where the improving one's self was through the embezzlement of public funds, the extortion of funds from the private sector, or padding the government payrolls with family members. This is why most Liberians are struggling to become president of Liberia at the same time. No one is willing to give way to the other with better ideas. Congo mentality has perpetuated the perception that success in life comes through the holding of positions in government, especially the presidency. The impact of this mentality came to life last year (2016), registration of Liberian political parties, when over ten political parties registered in order to contest   for the presidency in October 2017. After many years of civil war, one would think that Liberian politicians have learned their lesson for national unity.

The thinking process of a person is an essential element of his life. It determines how he perceives himself/herself, others and his immediate environment. His social, economic and political life is a reflection of his thinking. The 'thinking process' of an individual has a lot to do with his/her development. The French Philosopher and Mathematician, René' Descartes was correct when he said 'I think, therefore I am.' What one becomes in life has a lot to do with how he was brought up to think.

There is a famous poem entitled: Children Learn What They Live. One of its lines reads: If a child lives with shame, he learns to feel guilty. Observational learning theory informs us that man has the ability to learn certain behaviors merely by watching someone else perform  them. What others do, especially those in leadership positions have a great influence on those that they governed. The introduction of misinformation about African values and culture, were oriented to confuse and misinform the Liberian child by the founding fathers is a sad reality. If Liberia is to be developed during this new millennium; all Liberians must make an effort to liberate their minds from the adverse influence of Congo Mentality.

Spread the loveOf all the updates that have been given END_OF_DOCUMENT_TOKEN_TO_BE_REPLACED