The citizens must be bold in rejecting the Ureys, the Weahs and their likes -Ben Addotey 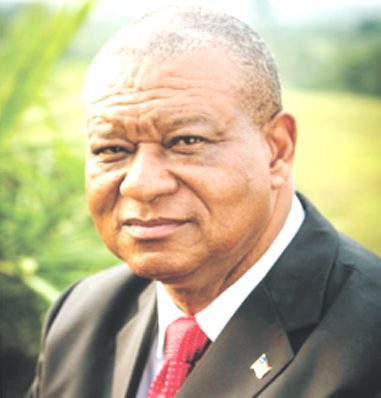 Liberia remains a fragile country today even after two devastating wars in the 1990s and not because of lack of trying but because of the entrenched culture of impunity and lack of political maturity, will and moral decadence of some leaders and their supporters. One of such leaders is a major former ally of the now jailed former rebel turned former President Charles Taylor.

He is Benoni Urey who has reinvented himself into a “politician” and allowed to have a say in the future governance of the country. The physical scars and mental trauma of the wars which brought Liberia to its knees have the fingerprints of Mr. Urey who made a conscious decision to align with Mr. Taylor in order to reap the economic benefits of waging a senseless war. 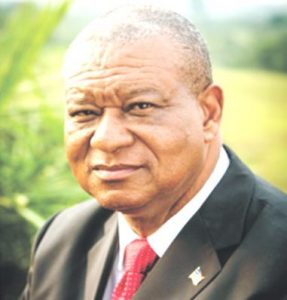 How does Mr. Urey explain his role? Liberians should not forget that Mr. Urey, when given many opportunities to apologize for “greasing” the killing machine of the monstrous Taylor killing machine, has repeatedly thumbed his nose at the only chance of reconciling our people through admission of alleged economic crimes.

And as if to forget any of his prominent involvement in the dark history of Liberia, in section 9.9 entitled  Economic Crimes of the country’s Truth And Reconciliation Commission, it noted that, “Using inhuman tactics, key individuals and the supporters seized upon the chaos and strife in Liberia to gain power and to amass wealth and prolonged the conflict…” Further in the same section 10.8  of the Report entitled Economic Crimes, and Corruption – Impact, Plunder and Impunity, it said, ”The commission of and opportunity for the commission of economic crimes contribute immensely to the exacerbation and prolongation of the Liberian conflict…”

In its Determinations of Economic Crimes, the TRC Report concluded that, “all individuals, artificial or natural, armed groups or factions, their leaders and members are responsible for the commission of economic crimes against the state and its people which the TRC now determines amounts to gross human rights violations and war crimes…” These characterizations of the credible and internationally well respected TRC correctly define Mr. Urey. 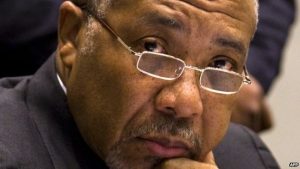 The monstrosity of the role of Mr. Urey in the Liberian theater is captured in the body of evidence collected by the United Nations and the U.S. State Department and which led to the imposition of sanctions and asset freeze against him and others in 2000; he facilitated the arming of Taylor rebel forces through the use of funds from the country’s lucrative Maritime program in the 1990s.

Consequently, Mr. Urey and his business interests, are listed in the TRC Report  as an Alleged Perpetrator Responsible for Committing Economic Crimes. So, when the “new politician” and All Liberian Party(ALP) Standard Bearer boasts that he is the greatest job creator in Liberia, it is only logical that Liberians question his accumulation of “wealth” – the fruits of alleged economic crimes for which he has yet to answer.These truths are indisputable.

But some Liberians are equally culpable in enabling the rise of Mr. Urey and for the fact that those of voting age and adulthood today were mere children or unborn during the “unholy” alliance of Mr. Urey and his benefactor and war criminal Mr. Charles Taylor. If only they would research the history of Mr. Urey and then make some reasonable conclusions that he is directly and partly responsible for the “bad dream” that is Liberia today, they would be much circumspect in tolerating his utterances.

But citizens who are trapped in perpetual poverty and trauma of violence and war are attracted to wealth, patronage and power like Mr. Urey exhibits. When Liberians and the local media provide a platform to Mr. Urey to speak on “national issues” including governance, it becomes gross betrayal of justice and accountability for his singular role in the destruction of the same country in the 1990s for the sake of economic advantage. Mr. Urey has no shred of credibility or humanity and the tolerance exhibited by other political leaders towards his new persona of spokesperson for the Collaborating Political Party (CPP) is totally misplaced. 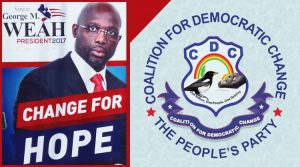 The argument holds true because he continues to selfishly manipulate and undermine the Collaboration, bad-mouth potentially credible leaders who may emerge as a formidable candidate and use the Council of Patriots (COP) as a tool – bought and paid for.In a broken country like Liberia, truth, morality and pursuit of justice are disposables.

Moral and credible leaders in the CPP and other stakeholders do not need the alliance nor the tainted Mr. Urey. The fear that without the CPP alliance, public service is an elusive effort is “fearing fear” itself. Liberians are paying attention and can make reasonable accommodations for those who speak truth and justice and are credible.
And after all, if they choose to vote for those who have abused, mutilated, raped, killed and marginalize them, they have to live with their votes.

By Ben Addotey
The Author is a Liberia political activist and commentator Monrovia, Liberia, West Africa