Senate Presidency: A Second Look At Sarakism By Erasmus Ikhide 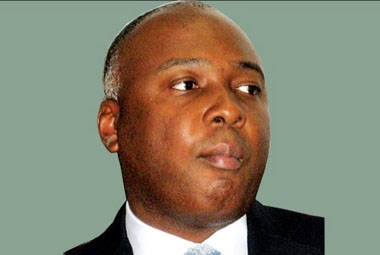 The emergence of Senator Bukola Saraki as the nation's Senate President has pointed glooming and dooming parts for the vanquished nation. By their ascendant – Bukola Saraki, Ike Ekweremadu and David Mark – Nigerians' conscious hope and crave to extricate themselves from the grip of legislative banditry, political corruption and virtual criminality has been dashed.

More damning is the dampening of Nigerians' aspiration to replace the tactile of humanity that have dominated the "hollow" chambers of the national assembly, whose over-blotted salaries, emoluments, overhead, constituency allowances, and other perquisites of office have been responsible for depriving the nation of basic amenities. Those who are celebrating the elections or selections of the present national assembly leadership because it is devoid of godfathers' manipulation are either apostles of status quo or are bluntly ignorant of what they actually voted for.

If Nigerians realized that the defeat of one perceived political godfather gives birth; even attenuates hydra-headed looting bandits, morbid avarice, and conscious embodiment of the Sarakis, Marks and Ekweremadus, the story would have been different. It is less likely that Nigerians averred their minds to it since sentiment takes usually the better parts of our national disequilibrium.

The band and club of looters that have been parading and recycling themselves since the Fourth Republic can only become monstrous and more murderous now that a fertile ground has been yielded to them for further plundering. As Vice Chairman, it is still fresh in our minds how Senator Saraki failed to come up with the report that indicted the then minister of petroleum, Diezani Alison and NNP, which was later allegedly sexed up to shortchanging Nigerians to a whooping sum of $20 billion.

How about Senator David Mark, now Senate Leader, who sat as president of the senate while the Senate Committee which investigated the NNPC over allegations of fraud by the suspended Governor of the Central Bank, Mallam Lamido Sanusi, allegedly submitted its report to the Senate saying no funds were missing? The Committee in its report said Sanusi was merely spurious in his claimed in a leaked letter to President Goodluck Jonathan that $49.8 billion in crude oil revenue was missing.

David Mark elixirs for political banalities, expert in political poking, longing for graft and purposeful impunity is one of the crudest deals of the present shabby epoch. All his life, David Mark has been a fraud and an ultra-conservative military impudent, who stoically but consciously advocated the retention of existing traditions and tractions so as to limit desirable changes.

While the heat was on and Nigerians were eagerly clamoring for the release of the report, Senator Saraki leisurely, vaguely and evasively voiced deceptive trash: “The Committee is yet to receive the report on the forensic audit and independent analysis on the subject clearly indicate we have a lot of grounds to cover in order to determine the level of culpability or otherwise of agency on the alleged non-committal, so to suggest any clearance for anybody at this stage is out of the question.

Saraki retorted further: “Nothing significant has changed to suggest clearing anybody. I can say on behalf of the Committee that these media reports bear no correlation to the content of the Senate Committee report and I would urge the public to disregard it in its entirety. “I will further advise that the media should wait for the senate to release the details of the Committee report to the public before they jump into spurious conclusions".

Painful, no significant reports or bills were credited to Senator Saraki as the Chairman, Senate Committee on Environment as well as Ecology and a member of the Senate Committees on Capital Markets and Finance in the last four years. Rewarding a blatant fraudster with the nation's exulted Senate Presidency and his co-travellers in crime is pure delusion, diluted change and a putsch, stage-managed by the same political class Nigerians have supposedly ousted in the last elections.

Except Nigerians only have their memory to forget, the inglorious escapade of Senator Bukola's financial recklessness that rocked his post-political engagement and drown several families will not escape unnoticed. Mr. Bukola has been severally fingered in the financial scandal that rocked and ultimately grounded the once boisterous Societe Generale Bank, GGB, owned by the Saraki family. Mr. Bukola was reported to have siphoned the bank’s depositors’ money to the sum of N17 billion to pursue his gubernatorial ambition in 2007, in the wake of an unprecedented political battle the family faced in the hand of another former Governor of the state, late Alhaji Mohammed Lawal.

At another occasion, the police repeatedly sought after Mr. Bukola to explain how a debt of N9.7 billion was dramatically written off in a certain account, which was suddenly closed by one Abdul Adamu, who they found out to be an aide of Mr. Saraki. This is different to the Special Fraud Unit of the Nigerian Police Force trail on his heist with revelation that the former governor of Kwara State, Bukola Saraki, was wanted over a N21 billion-bank loan fraud at the defunct InterContinental Bank of Nigeria.

Now, who says crime doesn't pay? How would Mr. Saraki attain his present prestigious position without his ugly past? Who will tame him now that he rose on the people's grave to the pinnacle? Mr. Bukola through his unholy acts sent tens of thousands of bank depositors to early grave without remorse. Those who survived from the brazen looting and mindless fraud are yet to recover from it.

The current scenario playing out at the national assembly should further constrain Nigerians the more to know whether they are in for better times or in despairing conditions after they have been roundly cheated and raped by David Mark and his minders. If we have not, we may need to learn one or two things from The Economist Magazine, which exposes the former and present national assembly, as presently reconstituted.

About two year ago, The Economist Magazine came up with the report that Nigerian legislator are the highest paid in the world. The magazine reveals that Nigerian federal legislators are the highest paid in the world with an annual basic salary of $189,500 (N30.6 m). The report, quoting data from the International Monetary Fund (IMF), considered the salaries of lawmakers around the world and expressed it as a ratio of Gross Domestic Product (GDP) per capita.

It sounds out of place that Nigerian federal legislators receive higher salaries than lawmakers from richer countries such as the US should strike anyone as outlandish, but according to The Economist magazine that is the obvious truth. The Economist report on the Nigeria thieving legislators firmly established the massive gap between the rich and poor in Nigeria, which the figure of $1,600 as Nigeria's per capita income conceals. The annual income of middle class professionals would range between $15,000 and $30,000, senior middle class professionals up to $60,000, while executives would typically exceed $100,000.

There are also estacode (Senator $600, Rep $550) and duty tour allowance (Senator N23,000; Rep N21,000) payable per day when a lawmaker is on official trip. The RMAFC submitted a report alleging that the various government departments were violating the rules and provisions governing appropriate remuneration through lavish allowances. Before the expiration of his tenure as two times Senate President, David Mark never spare a thought on balancing the National Assembly satanic remuneration package with a view to equalizing Nigeria's GDP with their criminal salaries and allowances so as to reflect it on the development index as obtained in other developed democracy's.

From the benefit of hindsight, the APC ought to have drawn the battle line from the very beginning and tame ambitious and corrupt individual like Bukola Saraki in the fold. The abrasive prevarication of the APC leadership was uncalled for, where concentrate on the managing of victory was all that was needed. Allotment or zoning political position before elections is a timeless political strategy for party stability. The APC has to strategize now that her political nose has been bashed and blooded. Buhari and the APC may well fritter away the hope of the Nigerian people, so earnestly entrusted to them a few months ago, if the crisis rocking the party remains unresolved, and timely too.

Erasmus writes in from Lagos, Nigeria.

Spread the love  “Life’s most persistent and urgent question is, END_OF_DOCUMENT_TOKEN_TO_BE_REPLACED