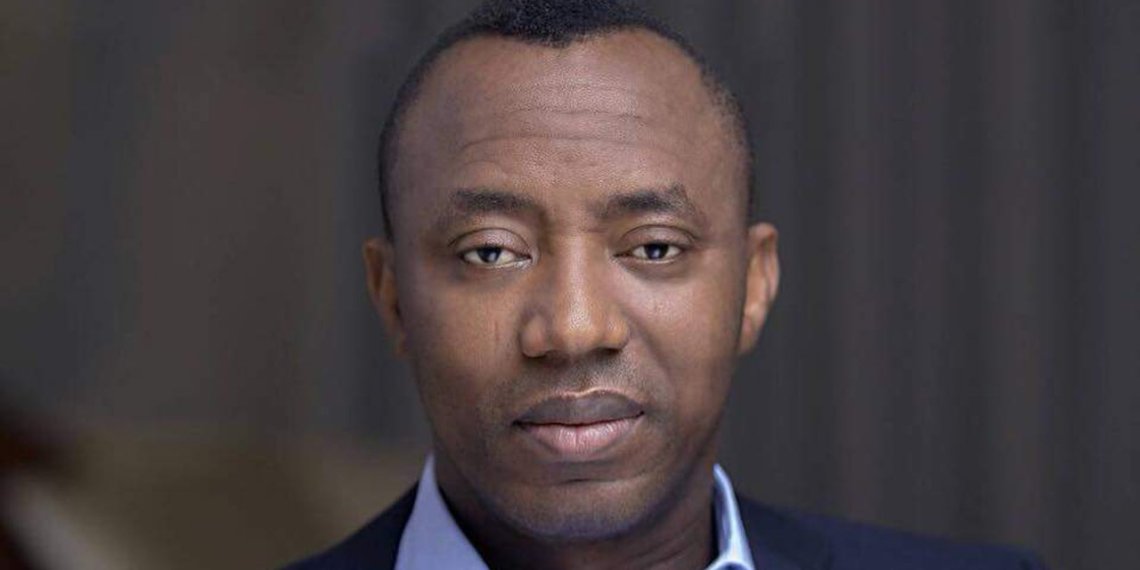 We are a group of concerned Nigerians living in diaspora.

It has come to our notice that there are certain plots underway to forcefully take Mr. Omoyele Sowore again in order to harm him and/or stage his assassination under some unscrupulously disguised scenes.

We have followed with keen interest, recent events and developments at home (Nigeria) particularly the agitations of citizens demanding that their fundamental human rights be respected by the various agencies of Government.

We have also studied the circumstances and debates around a recent peaceful #EndSARS protests, which was disrupted unfortunately, by a dispatch team of military men who moved to the scene on orders of the Nigerian State to shoot at an open assembly of peaceful and unarmed protesters. We are also monitoring proceedings of the various judicial panels of inquiry instituted by the State Governments in respect of the widely condemned police atrocities against citizens of our country.

Worrisomely, we have learned that many promoters of the #EndSARS civil protests are now being hounded and intimidated by the Nigerian Government through its various agencies; the Immigration and Defense Intelligence Agency (DIA) seizing passports and profiling citizens not to leave the country; the security agencies trailing and arresting protesters; the DIA and SSS freezing accounts through the CBN and courts among others – even while a panel that is expected to heal the wounds of victims of police brutality is supposedly ongoing. This is a case of adding insult to injuries.

But what is more disturbing now, and for which we now have decided to write in respect of all the ongoings, is the alleged plot to forcefully take Sowore and possibly assassinate him.

It has become urgent that we sound this very important note of serious advice to the Nigerian Government; that NOTHING MUST HAPPEN TO SOWORE!

We observed footages of how men of the Nigerian Police Force on surreptitious orders opened fire on him and others who visited front of the National Assembly to make a peaceful symbolic protest of writing #EndSARS on the ground so the demand of Nigerian youths yearning for a better police-citizens relationship can gain emphases with their representatives at the National Assembly.

We also recall how men of the SSS laid siege on the court premises during his recent trial that is now abandoned by the Government. Sowore was forcefully taken again on the day and returned to detention.

We want to warn that the Nigerian Government of President Mohammad Buhari must ensure to do everything possible to protect the life of Mr. Omoyele Sowore.

We identify with pain that Mr. Sowore has been restricted to Abuja for more than a year already, through onerous bail conditions from a court trial that has not proven any wrongdoing on him to date.

We hereby demand that the charges be dropped for want of proof and the bail veils lifted forthwith, as it is causing unwarranted and needless discomfort for his family, away from whom he had been taken and held without any rational cause.

We hereby draw further international watches on this case, as it must not become another State murder.

The following names are on our lists, should anything happen to Mr. Omoyele Sowore: