Not Tax Breaks but “Right Back, Right Back” By Ansu O. Dualu 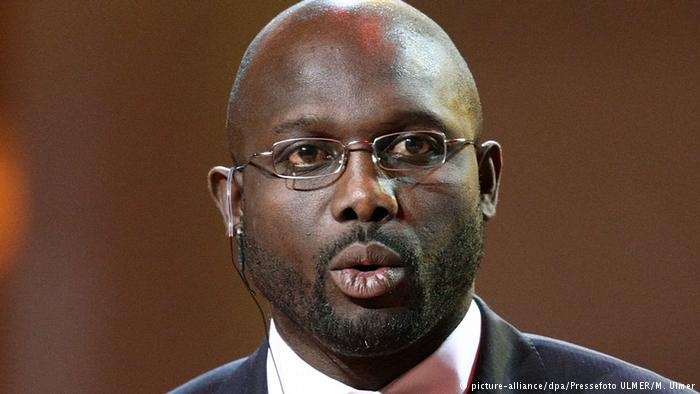 The phrase “right back, right back” is a local slang and a euphemistic way of referring to corruption at a higher level where unscrupulous government officials give ridiculous tax breaks to multi-national corporations or contractors and those businesses surreptitiously deposit huge amounts into bank accounts that belong to these officials. The distributions are divvied up across several accounts scattered around the globe. These offshore accounts usually belong to the very government officials who grant these fabulous tax breaks to the detriment of ordinary Liberians living in bone-crushing poverty. Sometimes family members’ accounts are used. Think boomerang – right back, right back!
Concession tax breaks in Liberia are the next level of corruption! Legislations are no longer designed to protect society and build governing institutions but rather to enrich and protect a very small band of thieves masquerading as government officials – nearly every president has been the ringleader in this pillage. These officials design everything around their wellbeing, their immediate families and their interests! The lawless environment which these officials maintain in Liberia is the perfect breeding ground for their unchecked crimes against the people – Western Banks facilitate all of this!
Liberia’s corporate tax rate ranges between 25%-30%. These rates hardly ever apply to any company in the country because of the way initial negotiations are orchestrated. The Liberian Revenue Authority that is statutorily charged with tax matters and has the hands-on expertise to understand these issues is usually overshadowed by mostly inept legislators and members from the executive branch who know nothing about financial matters. They overstep their constitutional roles for the singular purpose of getting kickbacks from these concession/contract deals.

When these multinationals realize how weak and corrupt our system is, they exhaust the benefits of their unearned tax breaks, and then sell off the companies before any interests accrue to the Liberian Government. Sometimes they even change the names of their companies and resell to a subsidiary simply to avoid meeting the contractual obligations of the original agreement. This is done with the full acquiescence of sitting government officials who willingly participate in these deceptive schemes. This so-called new buyer renegotiates the original deal with favorable terms leaving the Liberian people holding the empty bag – this is repeated concession after concession and Liberia never gets any benefit! Our government officials are a party to these shenanigans further worsening the economic and social conditions of the Liberian people. From regime to regime, these criminal tactics are repeated over and over and again. In the end, Liberia bleeds and no one tends to her wounds.
Sometimes the very government officials who are negotiating these deals on behalf of the government, use their law firms to represent the very companies the government is negotiating against. They see zero conflict of interest with such illegal practice, and no one enforces this blatant violation of the law. The criminals who are doing these deals are the very people charged with enforcing the law in the first place!
Senator Varney Sherman, a notorious “right back, right back” implementer who is currently on a U. S. Sanction list for financial crimes, has been doing such deals for over quarter of a century! Also, Senator Morris Saytumah, who once served as minister, was accused of changing obligatory phrases/words in very important concession agreements thus relieving foreign firms of their legal commitments to the state – this is after these contracts have been approved by the legislature! There were no legal consequences for his crimes; in fact, Mr. Saytumah was rewarded with a senatorial seat from Bomi County! From the president, to judges, and nearly every single legislator partakes in this criminal enterprise. They operate like a cartel. It’s like an organized crime syndicate setup to rob the people blind. 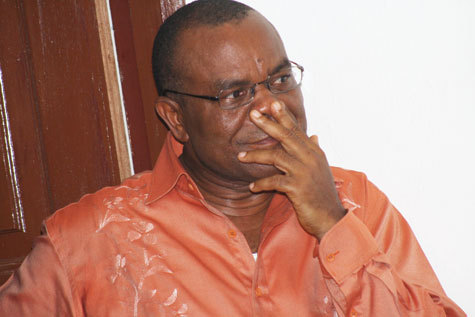 What is truly baffling in this whole thing is that Liberia has the institutional framework to protect itself from these predatory maneuvering both from foreign “divestors” and local government leeches. There remains one question: How can these institutions work when the president and the very officials who are charged with following these institutional guidelines refuse to do so and become the very thieves who are looting the country? The answer is equally simple: The people must compel them to live up to the Liberian Constitution and force a national vision of total development through non-negotiable demands or forever continue to suffer in abject poverty! Organized force from the people is the only way forward – belly-driven thieves do not comply with speeches or subtleties!

The Public Procurement and Concession Act (PPCA) was critical for the revitalization of Liberia. This act was exclusively designed with the help of our international partners to protect us against these predatory investors and criminal government officials. It seems we have deliberately refused to follow its guidelines. Moreover, this act was meant to maximize economic outcomes, efficiency in procurements and obtain the optimum value for public assets. These measures were instituted to promote (a) economic development, (b) build local capacity and strengthen institutional guidelines, (c) promote competitive participation in procurement, (d) concession agreement with qualified suppliers, contractors and consultants.
These acts aim to promote integrity, fairness, accountability and public confidence in the procurement process. The core of this act was to promote the economic and developmental growth of indigenous Liberians and birth a private sector dominated by local Liberians. In the end, the act was to eradicate monopolies, decentralize public procurements and ensure local assets benefited Liberians and not foreigners, which is the case today. Under the Johnson-Sirleaf administration, these guidelines were not regularly followed; now under the Weah-led administration, none is followed at all! The entire institution is in name only, thus causing a total collapse in the system and allowing corruption to run amok.
Companies like Golden Veroleum (GVL), APM Terminals, Bopolu Development Cooperation (BOBECO), Sime Darby, China Union Mining Cooperation, Bea Mountain, Buchanan Renewable, Mittal Steel, and now Mano Manufacturing Company (MONCO) are all foreign firms who got some sort of fabulous tax suspensions ranging from 10 years to 25 years! How is this possible in a country that so desperately needs every single resource? Moreover, many of these tax suspensions are usually renegotiated where suspended years are further extended by these foreign firms who typically circumvent our corrupt system to their benefit! Firestone/Bridgestone is notorious for this.

Liberia seems to be the only country that is handing out these unchecked, multiple tax concessions, exemptions, reduced rates and incentives that only favor these firms. When will Liberians get to benefit? Or is the organized “right back, right back” gang too strong to be stopped?
The Liberian Domestic Revenue Mobilization Policy frowns on these kinds of tax breaks especially for such prolonged periods. The House’s Specialized Committee on Contracts and Concessions and Compliance unanimously voted to halt or temporarily suspend the granting of tax breaks to all concessions and contractors. This decision was quickly reversed for reasons best known to the “right back, right back” gang.
Liberia has a very narrow tax base and there is a lack of adequate oversight on how these tax incentives are monitored. There have been recommendations from this author to create an agency to monitor and enforce contract agreements in real time. Please look up “Leveraging Liberia’s Resources to Lift the Pro Poor Agenda” to consider some of the proposed suggestions.
The fiscal implications on poor resource management are far reaching; these economically irrational decisions and unnecessary tax breaks deny the entire country of much needed revenue for social and infrastructure development, increases real costs in the form of foregone revenue, weakens the entire country and negatively impact every national program. It seems the legislature’s only goal is to rob Liberia at every turn. 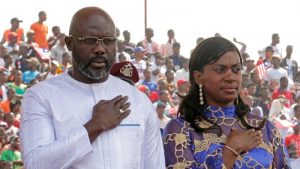 Moreover, Liberia continues to beg our international partners for help while at the same time our corrupt and greedy officials are foolishly giving away hundreds of millions of dollars in lopsided concession agreements that heavily favor these foreign firms. Our resources are going fast and yet we get no benefit. How can a people knowingly and consistently mortgage they and their children’s future without any protection? Google and read “Close the Mines in Liberia – All of Them” to know how these depletions are adversely affecting the country and all of posterity.
To add insult to injury, the government has also gifted its surrogate duty-free privileges that further rob the Liberian people of vital tax revenue. These duty-free tax breaks have also been extended to:
*The Legislature (and anyone they can lease out their privileges to)
*Ministries and Agencies
*Religious Institutions
*Concessions and Investments (who have already been gifted an additional concession tax breaks)
*Executive Orders (whoever the president chooses to extend tax break to)
*Diplomatic Missions
*Non- Governmental Institutions
Everything these government officials do is to enrich themselves to the detriment of our people – the government cares less about the people’s wellbeing!

To put these tax break “incentives” into perspective, it is important to attach some monetary value to these waivers, environmental costs, cost to local people, especially when the agreed benefit to the country is not implemented which is ALWAYS the case.  Considering what should have been paid to the Liberian Government and the additional costs associated with not receiving these monies, the Liberian people are shouldering a financial burden that ranges between $700M to as high as $1B annually in lost tax revenue! This is a very conservative figure; when you weigh the environmental degradation the likes of GVL continues to inflict on entire ecosystems in the Southeast, and Bea Mountain that continues to destroy our water ways with heavy chemicals such as mercury, lead, heavy metal, illegal miners scattered all over the countryside, and other such operations across the country, the costs to Liberia and its people could be as high as $10B annually!

There is an illusion in the warped minds of “right backers” that the consequences of their thieving ways are not going to affect them even as they continue to live in the very place they’re destroying. Government officials believe they can move abroad and go enjoy their loot in peace with full protection from their host countries. New flash thieves: Things are changing! Over the last 10 years, there has been a concerted effort from powerful countries like the United States, Australia and the European Union to stop the transfer of these illicit funds to their countries. The U.S. has beefed-up sanctions against corrupt officials and everyone down the chain. Soon, these state criminals may have nowhere to hide, and maybe, just maybe, this may bring some relief to our people and force these heartless officials to live up to the oath they swore to the country: Liberia above all else!

Click  to Read other Articles By Ansu O. Dualu

Spread the loveOf all the updates that have been given END_OF_DOCUMENT_TOKEN_TO_BE_REPLACED