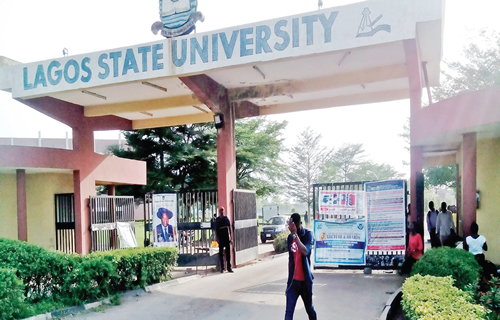 In the words of Scotty Aluta: “Silence in the face of injustice is complicity with the oppressor.”

So, if after reading this article, you refuse to lift a finger of solidarity, may it not all end up like the analogical case of ‘Rat Vs Farmers Trap’ on the farmers farmstead and the pathetic fate that befell ‘Chicken, ‘Goat’, ‘Pig’ and ‘Cow’ simply because they refused to lend helping hands.

My name is Arotiba Olawale Affluence Zayd. I am a 500 level Law student of Lagos State University, who has just been unjustly expelled by Vice Chancellor, Fagbohun, solely for exercising my political right as against his personal political interest. I was a three-time Senator in LASU-SUG Parliamentary Council and the Majority Leader of the House. I am currently the National Secretary of Constitutional Law Club and Director General of Arty4NANS President 2020 Campaign.

I am a student activist, a pro-democracy and anti-modern slavery (Neo-Colonialism) in all its ramifications. As a radical student unionist, I strongly believe in the principle of salute populi est suprema lex — the welfare of students in all areas should be the primary working objective of the school management and government.

The allegation plotted and laid against me is admission racketeering (the only English Fagbohun employs whenever anyone revolts against his anti-masses and anti-student policy) after a few scenes of well scripted but poorly executed drama.

They conspired, connived, plotted and concocted a baseless charge of admission racketeering against me. Thereafter, they administered a summary judgment with zero evidence, called me to come and collect an expulsion letter.

In actual fact my major offences are: (1) During the last concluded election, I and some of my colleagues in school led a campaign for Sanwo-Olu as against his wish being Ambode.

(2) That I contested election for the office of LASU-SUG President as against his will.

It is important to quickly state at this juncture that it is the culture and tradition of the Fagbohun-led administration to meddle into students’ union elections so as to guarantee the nomination and successful emergence of his stooges into LASU SUG presidency and other sensitive offices.

I am only the latest victim of this series of repeated monumental injustice and oppression of student activists (even staffs). There are several others victimised that were swept under the carpet (the case of Balogun Hammed Funsho (BHF) a two-time LASU-SUG Speaker is a notable reference) and there are about 32 others of my colleagues, who have been shortlisted for similar fate.

Hypothetically, as I prepare for the looming transition from an honest aspiring legal practitioner to organised crime with my intelligence, political upbringing, experience in comradeship and knowledge of Law, I am terrified by what I will metamorphose into (given the undeniable fact that I will be a 500 level Law drop-out, who is incontrovertibly very good at my studies. I know the law (local, national and international). The ones I don’t know, I sure know where to find it. Therefore I am guaranteed to know how better to circumvent it). Possibly an incurable virus will I be, constituting a leech-like menace to this already perverted society. A scalar quantity, roaming about directionlessly, bearing active and unrepentant volcanic animosity in vengeance to whoever my heart apportions the blame for my kettle of fish in career starting from the present to future generations of Napoleon (and all his loyal dogs).

However, if I cross the bar without satisfying my crave for vengeance over all these people, I will transfer this boiling aggression to their past generations in hell.

I hereby call on the executive governor of Lagos State, Babajide Sanwo-Olu, Mr Moyo Onigbanjo (SAN), the Attorney-General of Lagos State and Commissioner for Justice and Mrs Folashade Adefisayo, Lagos State Commissioner for Education, to come to my rescue as LASU’s management is using discriminatory practices that will disproportionately affect me and other vibrant students.

There is a wilful, wasteful and discriminatory war on LASU’s vibrant students and I call on the executive governor of Lagos State to confront the racism and class-based discrimination that persists in our institution.

Spread the love  “Life’s most persistent and urgent question is, END_OF_DOCUMENT_TOKEN_TO_BE_REPLACED