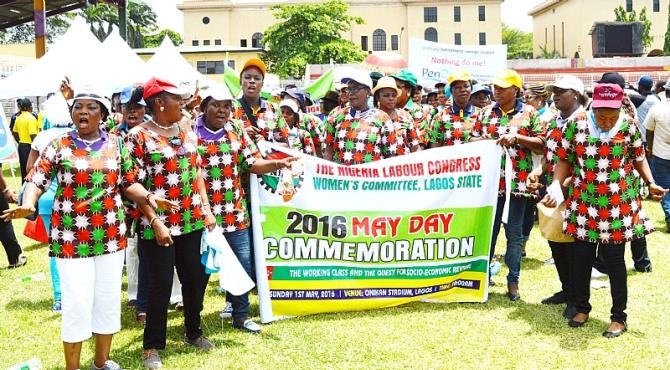 Labour Day which is observed annually as International Workers’ Day on the 1st of May had its origin in the May 4th 1886 Hay Market massacre. The massacre was as a result of series of protest for a better welfare package and conducive working conditions including an 8-hour work day. The 4th May, 1886 demonstration later turned into a riot after an unidentified person threw a bomb at the police on the scene, the bomb blast and the ensuing gunfire resulted in the deaths of about 8 police officers and undetermined numbers of the protesting workers injured. The Hay Market incident was viewed as a setback for the organized Labour movement in America, which was fighting for the rights of workers.

At the same time, the men convicted in connection with the riot who were later sentenced to death were viewed by many in the labour movement as martyrs. According to Encyclopedia of Chicago, the trial and conviction of the 8 Labour Union leaders is still considered as one of the worst miscarriages of justice in American history.

Inspired by the American movement for a shorter work day, Labour Unions all over the world began celebrating May 1st as an International workers’ holiday and the Hay market tragedy is still remembered throughout the world and is marked as Labour Day.

The story of workers demanding for their rights is not alien to the employees of the Nigerian government, The Nigerian civil servants have over the years been playing important roles in ensuring that government policies result in tangible services for Nigerians and the various Labour unions under the two major umbrella bodies of Nigerian Labour Congress (NLC) and Trade Union Congress (TUC) have demonstrated maximum tenacity in demanding for the rights of Nigerian workers and whenever negotiations fail, peaceful demonstrations, protests and strikes had always been inevitable. During the era of military regime, when there were worst confrontations and face off with the military governments which led to the dissolution of the body on two occasions, it never deterred the Labour unions from seeking a better welfare package from the government.

It takes one who is a civil servant or whose parents/guardians are civil servants to appreciate this day. I fell in the latter category; my parents (now senior citizens) were among the civil servants who despite the lean resources never compromised in the discharge of their duties. On this day, I remember those who died in active service, those who died waiting for their retirement benefits, the senior citizens and those in active service.

As the organized Labour unions have proposed for a new minimum wage, my prayer is that the government will not only approve such proposal but will also reform the civil service to be in tune with their counter parts in developed world.

To the civil servants and other employees of the government whose staying power and tenacity have been unimpeachable in the discharge of their duties despite the lean resources worsened by the decline in the economy and myriads of other challenges, I say congratulations to you all on your day.

Previous Post PUBLIC STATEMENT BY YDUNA ON THE RECENT MURDERS OF INNOCENT INDIGENES OF OKE-ODAN BY SOME OFFICERS OF NIGERIAN CUSTOMS SERVICE
Next Post Fulani Herdsmen: A Road Not Taken- Joe Onwukeme