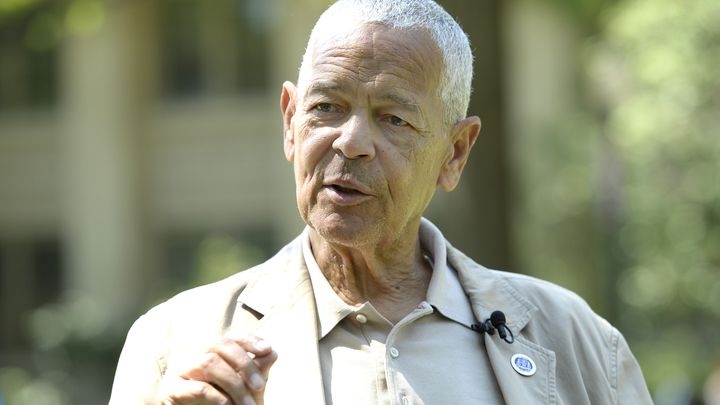 Now Julian Bond, a patriarch of the civil rights movement, remembers a powerful day, a half-century of progress — and an agenda he says has not yet been fulfilled.

For one thing, he said on Capital Download, USA TODAY's newsmaker video series, "the title was the March on Washington for Jobs and Freedom." Then, as now, black unemployment is far higher than white unemployment, "but I think people forgot that jobs were part of the equation."

For another, housing in the United States continues to be largely segregated. "Even today, 50 years from the March on Washington, white people tend to live over here; black people tend to live over there. And as long as you live in separate places, you don't know each other. You can't have access to the best jobs. You can't have all the fruits that the country promises for you.

"That was true 50 years ago; that's true now. And it's something that has been neglected by the civil rights movement."

Still, he says the March on Washington — huge and peaceful — had "a rosy impact." The Civil Rights Act of 1964 would not have been passed without it. But at the time he didn't see King's "I Have a Dream" speech as the iconic address it would become, perhaps because he had heard him speak many times before, in Atlanta, where both men lived.

"Dr. King's was the most beautiful speech made" that day, he says, "but John Lewis gave the strongest."

In 1963, Bond was a co-founder of the Student Nonviolent Coordinating Committee, led by Lewis, now a Georgia congressman. Bond would also co-found the Southern Poverty Law Center and serve as chairman of the NAACP, where he is now chairman emeritus.

At 73, he is graying and slightly stooped, but still more than capable of working up a righteous indignation over what he sees as injustices. In an interview on the lawn of American University, where he is a professor, he rails against the Supreme Court decision in June striking down provisions of the Voting Rights Act of 1965. It "essentially neutered the act" and will "do great damage to voting rights," he warns.

In the wake of the court decision, Texas, North Carolina and other states that had been covered by the act's provisions have passed voter ID laws and other ballot security measures. "This is a non-existent problem with a very real solution that is harmful to millions and millions of people," Bond says. Anger over that will help fuel black turnout, but "maybe we can't depend on the Republicans to do such evil things all the time."

Spread the love  “Life’s most persistent and urgent question is, END_OF_DOCUMENT_TOKEN_TO_BE_REPLACED