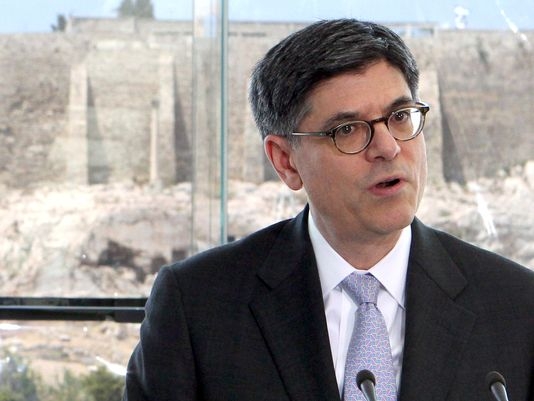 The warning from Lew came one day after he formally notified House Speaker John Boehner in a letter that the federal government will hit the $16.7 trillion debt limit in mid-October.

Republican lawmakers, including Boehner, have called for the president to accept budget cuts or spending changes in exchange for hiking the nation's borrowing limit, a move that requires congressional approval. But Lew amplified Obama's call for the limit to be raised without conditions.

"The president's been very clear we are not going to be negotiating over the debt limit," Lew told CNBC. "Congress has already authorized funding, committed us to make expenditures," he said. "We're now in the place where the only question is will we pay the bills that the United States has incurred. The only way to do that is for Congress to act, for it to act quickly."

Negotiations over the debt limit come as Congress and the White House will also be grappling to enact a new spending bill needed to keep the government running past Sept. 30.

Republican Sens. Mike Lee of Utah, Ted Cruz of Texas and Rand Paul of Kentucky have called for withholding funding for Obama's signature health care law in any new budget.

Lew said Tuesday that Obama would not accept any delays or cuts in funding for the health care law.

Spread the loveOf all the updates that have been given END_OF_DOCUMENT_TOKEN_TO_BE_REPLACED