Governor T. A Orji: Victim Of Circumstance? by Joe Onwukeme 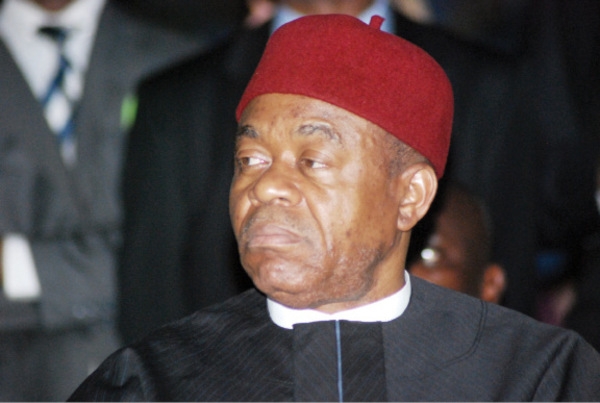 A victim of circumstance is a person whom something bad happens to because of factors outside his control.

I am not from Abia state neither am I a fan of Abia state governor or a supporter of People's Democratic Party (PDP), am just a concerned and non partisan freelance writer that loves to uphold the sanctity of truth.

I decided to critically analyze Abia state  and give my own verdict from my own point of view.

Is Gov. Theodore Ahamefule Orji a victim of circumstance?

Gov. T. A Orji was not a known figure until he emerged as the gubernatorial candidate of Progressive People's Alliance (PPA) to contest the 2007 governorship election in Abia state. He convincingly won the governorship election and made history by being the first governor in the history of Nigeria to win an election while in detention.

Gov. T A Orji's problem started barely a year he resumed office as the governor of Abia state. His crime was because he refused to be a political stooge in the hands of his god father Orji Uzor Kalu and stood against imposition, am not exonerating Gov. T. A Orji from myriads of developmental challenges facing Abia state, the bulk of the blame should go to his predecessor who piloted the affairs of Abia state as if it is his personal property through out his reign as Abia state governor from 1999 – 2007. He was very paranoid and diabolical that all political nominees must go through his mother, Mrs Eunice Kalu who in turn will screen the list and make sure only candidates that will be loyal to the former governor will be selected and asked to swear an oath of allegiance to him.

Its so painful when you are trying your best for your state and some appointed anarchist whom many do not even know the road to Abia state sit down in a place and criticize any project the governor embarks upon. You can imagine how severe, bitter and consistently inconsistent their diatribe has become.

A governor that invited all his critics on social media all over Nigeria on a 4 days tour, from 10th – 14th November 2014 to come see for themselves what his administration has done for the past 7 years before they criticize him is worth commending, its never been done before, nobody invites his enemy to a dinner, that was exactly what Abia state governor did, when they came, they saw and confessed what their eyes saw, places social media reported were in comatose in Abia state were shown to them and structures that are on ground for them to see, the ignorant critics among them have seen too, they have gone home to criticize no more or criticize constructively. According to one of the reporters that went to Abia state, "even the blind could see the wonders of Ochendo".

I congratulate the governor for all he has done,  he is the only governor that is duly under reported in Nigeria. He may not have done perfectly well but that's what makes him human, he deserves commendations, governance is not a one day affair, its a continuum, it is hoped that his successor will continue where he stops. If his predecessor had done one-third of what he has done, he may have concentrated on other projects. His success far out weighs his failures.

I plead with the governor to look into Aba road issue, Aba has not really gotten it right in terms of roads and proper drainages, though many of my friends that are based in Aba are of the opinion that road construction in Aba has not been achievable considering the fact that Aba is an ancestoral home to many, constructing proper roads there will mean demolishing and driving people away from their ancestoral homes which their ancestors had lived through out their life time. He should find a way out of the situation.

My advise to governor Theordore Ahamefule Orji is that he should ignore his critics and silence them with his performance, don't just commission projects and go to sleep, learn to publicize your projects through the media for the world to see and don't reply every diatribe thrown at you, by so doing you are reducing the Office of the Governor of Abia state to that of a market place.

By inviting his critics on social media to come see his giants strides in Abia state, the governor has justified the fact he is in control and not "A Victim Of Circumstance".

Spread the loveOf all the updates that have been given END_OF_DOCUMENT_TOKEN_TO_BE_REPLACED