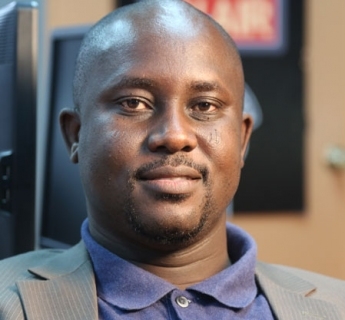 In human tales, in animal tales, in riddles, in proverbs, in legends, in myths, in every genre, in every department in which his ancestors ever exercised their imagination and creative genius to produce a worldview, they created tragic protagonists – humans, animals, ghomids, iwin, anjonu of every colour and shape – who end up being guests of iku (death) and his his wife, arun, (illness, disease) long before those they wished death upon, long before those whose death they had predicted in the foolish self-assurance of man, the adarihurun whose heart is filled with so much evil. Anybody whose first educational institution in life is the bucolic world of alo (folk tales) would have grown up with examples of tragic characters and actors who died while predicting the death of others.

I guess the surfeit of such characters in a people's oral tradition is culture's way of denying the foolish and the ignorant alibis and excuses. I did not know that…. O yes, you did. You have no excuse. Your culture, your history, your worldview provided you example after example, template after template, of characters who did what you just did and came to peril.

So, when a State Governor who comes from this rich cultural background, who grew up in the alo generation, dips his hands into the public till to buy up newspaper front pages to predict, project, and hint at the possible death of his fellow man in the name of politics – and this despite the fact that his culture arms him with copious examples of those who went long before the innocent on whose head they had wished or predicted death – you know that it is not ordinary eyes.

You know that it is not ordinary eyes because this Governor also professes the Christian faith of the Deeper Life fundamentalist variety. And he knows more than anybody else the instances in which his Yoruba Bible refers to anybody as an asiwere eniyan for the translators of that Book to Yoruba were coming from deeper cultural intimations than those who brought it to them in English. Wherever the book speaks about the fool, the ignorant, and the vainglorious, the Yoruba translators went for asiwere eniyan. For good reason.

If, knowing all these, a man goes ahead to place newspaper ads celebrating his anticipated death of his fellow man, you know that things have gone beyond blaming him or screaming your outrage at him like some of you are doing today. As it goes for Doyin Okupe, so it goes for this latest desecrator of culture. This is the point where you head out to Afao Ekiti. Somewhere in that town must be a Fayose family compound with an olori ebi, a family head. This is the point where you gently prod the extended family to do something before their son crosses the market.

Crossing the market is irreversible…

When you leave Afao Ekiti, you must go to Aso Rock to check out what is happening with the political 'owners' of Fayose. Although Fayose walked to Afao Ekiti on his head, he walked to the camp of the Chief Occupant of Aso Rock on his legs. The two locations must therefore be scrutinized to understand the sources of Fayose’s behaviour.

This is not by any means to suggest that President Jonathan is directly responsible for Fayose’s classlessness. After all, this is political season and political season is silly season. A candidate has no means of knowing or curtailing all the designs and excesses of overzealous supporters, especially those supporters motivated singularly by a desire to guarantee prebends and Federal rent collection. Indeed, it is highly unlikely that Fayose notified President Jonathan or even the Jonathan campaign of his desire to indulge in such crass stupidity as to buy up newspaper front pages and project a death wish on the President’s chief political opponent.

What makes it necessary for us to scrutinize Aso Rock is the need to understand why there is a certain part of Fayose’s brain sending a message to him that morally reprehensible acts and ethically sick actions are okay around President Jonathan, are okay on behalf of President Jonathan. What message, what body language is he getting from the President which tells him that this is okay? What exactly is the moral and ethical atmospherics around the President? What does Fayose see when he looks at that Presidential environment?

Well, he sees a campaign which has only just hired Femi Fani-Kayode, a man indicted for stealing (by the way, is stealing corruption? I am confused.) and corruption with pending charges and a pending court date. He sees a man indicted by the President’s own anti-corruption agency standing on the same podium with a President who, by that token, is sending a symbolic message to the nation he leads that corruption pays. Corruption is rewarded and becomes a sure path to becoming the President’s personal person. When Fayose looks beyond Femi Fani-Kayode, he sees Doyin Okupe around the President. Doyin Okupe is a contract racketeer who still owes the people of Benue and Imo states money he collected from their commonwealth and disappeared until he was lucky to encounter a President who says to every thief: let them come unto me for theirs is the kingdom of King Jona. When Fayose looks beyond Doyin Okupe, he sees Pastor Wendell Simlin, a crooked document forger who forged documents in a fraudulent attempt to implicate the current Emir of Kano in terrorism.

This is the atmosphere devoid of integrity which Fayose sees around his boss in Abuja; this the pestilential environment run by characters who have created an ethical Ebola around the President. The President doesn’t give a damn. He is the one who hired and surrounds himself with this manner of characters. He is the one who enables and authorizes this kwashiorkored environment. This is what sends a message to Fayose’s brain that misbehaviour, ethical emptiness, and moral decadence are okay and will in fact be rewarded. This is why he could have acted alone, without needing to even seek the consent of his principal in Abuja. Fayose knows the terrain. He knows what his principal likes.

That is why they do these ‘unhearable’ and ‘unsayable’ things on his behalf.

Spread the loveOf all the updates that have been given END_OF_DOCUMENT_TOKEN_TO_BE_REPLACED