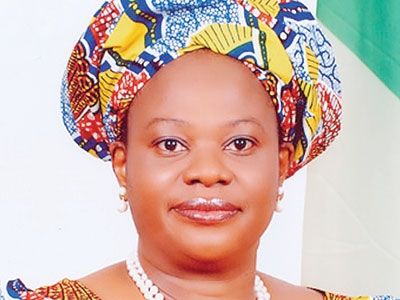 WHILE the nation is still mourning the passing away of one of its highly revered traditional rulers, the Emir of Kano, Alhaji Ado Bayero, Nigerians have been thrown further into grief, with the death Saturday of the former minister of Information and Communications and Director General of the National Agency for Food and Drugs Administration and Control (NAFDAC), Prof. Dora Nkem Akunyili.

Late Dora Akunyili had battled ovarian cancer for several months before she breathed her last at an Indian hospital yesterday morning. She was aged 59.

Her departure was confirmed to The Guardian Saturday morning by sources at NAFDAC, and a cousin to the Akunyilis. They preferred anonymity, citing the Igbo tradition, which gives the husband, Dr. Chike Akunyili, exclusive right to break the news of his wife’s demise.

The former governor of Anambra, Mr. Peter Obi, has, however, since confirmed the death formally on behalf of the deceased’s family. Obi, who was in India late May to see Dora, made the confirmation yesterday.

In a statement, Obi said: “On behalf of the Akunyili’s family, I wish to officially confirm the death of Prof. Mrs. Dora Akunyili in a Specialist Cancer Hospital in Indian this morning at 10am, Nigerian Time, after a two-year battle with cancer. In spite of her illness, she was unwavering in her belief in a better Nigeria. That was why she defied her condition and was part of Anambra State Handover Committee and the National Conference.

“The last time I visited her in India, even when she needed all the prayers herself, she was full of concern for the Chibok girls, security and other challenges facing the country, and told me that she remained prayerful for the release of those girls and for God to help President Jonathan overcome all the challenges facing the nation.

“She therefore urged all Nigerians to remain prayerful and committed to building a better society for our children. We all prayed together and I promised to be visiting her every month. We thank all those who remained fervent in prayers for her recovery and urge them to remain prayerful for the peaceful repose of her soul.”

It was gathered that Dora had been on life support since Friday, last week, when it was rumoured she had died.

The Guardian reliably learnt that Dora defied her health condition to attend the National Conference, despite opposition from her family, and that she threatened to do something drastic if she was not allowed to attend the forum.

A close confidant said: “She did not want to die in obscurity. She wanted to die fighting, brave, a heroine.” Dora would be remembered for her time at NAFDAC, especially her display of strength and incorruptibility. “She laid down her life in service to her fatherland.”

Dora a pharmacist and government administrator gained international recognition and won many awards for her work in pharmacology, public health and human rights.

She ran for election as Senator for Anambra Central on the All Progressive Grand Alliance (APGA) platform in April 2011, losing out to Chris Ngige of the Action Congress of Nigeria (ACN). She sent a petition to the Independent National Electoral Commission disputing the result.

When Akunyili assumed leadership of NAFDAC, she prioritised the eradication of counterfeit drugs and unsafe foods. Prior to holding the reins, the country had been a dumping ground for fake and substandard foods, while unscrupulous persons reaped ill-gotten wealth. She became furious because “many of (her) countrymen and women (were) fighting killer diseases like malaria and tuberculosis with little more than sugar syrup and chalk tablets, packaged to look like the real thing.”

The late Dora was a Senior Lecturer and Consultant Pharmacologist at the College of Medicine, University of Nigeria, Nsukka, before she became the NAFDAC boss.

These exceptional results earned her the Eastern Nigerian Government Post Primary Scholarship and the Federal Government of Nigeria Undergraduate Scholarship. She got her First Degree in Pharmacy B.Pharm (Hons) in 1978 and her PhD in 1985 from U.N.N.

Dr. Akunyili was a Post Doctorate Fellow of University of London and a Fellow of the West African Post Graduate College of Pharmacists. Dora started her working career as a hospital pharmacist from 1978 to 1981, in the University of Nigeria Teaching Hospital Enugu, from where she ventured into academics as a Graduate Assistant (Research Fellow) at the Faculty of Pharmaceutical Sciences, (UNN) from 1982 to 1986. In the university system, she made a steady progress from Lecturer I in 1986 until she was made Senior Lecturer in 1990. She transferred to the College of Medicine, (UNN) in 1992, where she was made a Consultant Pharmacologist in 1996, a position she held until April 12, 2001.

Due to love for teaching and nurturing of young ones, she was also a part-time lecturer at the West African Postgraduate College of Pharmacists, Lagos from 1992-1995.

Dora Akunyili was also prepared for the administrative position of the DG of NAFDAC by her four-year stint as Zonal Secretary of the Petroleum Special Trust Fund, coordinating all projects in the five South Eastern States of Nigeria (Abia, Anambra, Ebonyi, Enugu and Imo States).

As a scientist and a scholar, she presented 19 papers in various local and international scientific conferences, and also published a book and 18 journal articles. She supervised PhD and Masters candidates in Nnamdi Azikiwe University Awka and UNN, respectively both in Nigeria. Even as the Director General of NAFDAC, Dora still found time to supervise six postgraduate students in the College of Medicine UNN. She had also been Chief Examiner in Pharmacology at M.B.B.S College of Medicine, Abia State University.

Dora was also a very active member of the Pharmaceutical Society of Nigeria (PSN) where she served in the following capacities: PSN Education Committee, as Secretary from 1994–2000; Organizing Committee for Enugu State PSN Annual Conference, as Secretary 1995; Nigerian Association of Academic Pharmacists, as National Asst. Sec. from 1990–1994; Association of Lady Pharmacists, as National Vice-President from 1992–1995, National Ex Officio Member 1995-2000 and President of Enugu State branch from 1992-1998.

Dora’s high sense of responsibility led to her being made a member of the following committees of Faculty of Pharmaceutical Sciences, UNN from 1986-1992: Medicinal Plant Committee; Examination Committee; Continuing Education Committee; Publications and Colloquial Committee; Committee on Specialization Courses for Pharmacists; Consultancy Management Board.

Dora, a devout Catholic, whose hobby included reading and writing, was happily married to Dr. J.C. Akunyili, of the University of Nigeria Teaching Hospital, Enugu. They have six children together.

Spread the love  “Life’s most persistent and urgent question is, END_OF_DOCUMENT_TOKEN_TO_BE_REPLACED