Valentine’s Day- A Day To Love 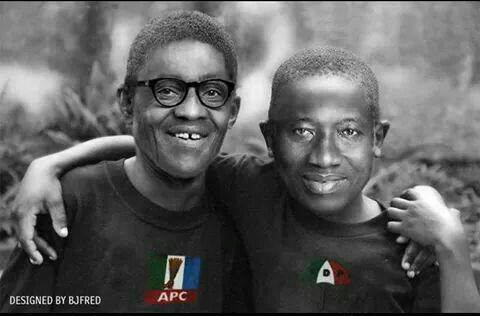 Every year, the fourteenth day of the month of February has millions across the world presenting their loved ones with candy, flowers, chocolates and other lovely gifts. In many countries, restaurants and eateries are seen to be filled with couples who are eager to celebrate their relationship and the joy of their togetherness through delicious cuisines. Nigeria is not an exception. There hardly seems to be a young man or woman who is not keen to make the most of the day.The reason behind all of this is a kindly cleric named St. Valentine who died more than a thousand years ago.

When INEC declared last year that February 14th 2015 will be the date of the presidential election. The news was received with missed reactions, most lovers, especially the women were not happy with the date because it will not only deny many the opportunity of receiving gifts and other valuable items from loved ones, the restricted movement that day will also make it impossible for a date with their spouses.

Nigerians were again took unawares with the news of the postponement of the general elections late hours of Saturday 7th February 2015 by Prof Jega, Chairman, Independent National Electoral Commission (INEC).

Before the election was postponed, everywhere was normal, after it's postponement, red clothes and varieties of gifts flooded the Nigerian market. Eateries, joints, amusement parks, individuals, began their own plans for Valentine's day. Telecom companies also rewarded their subscribers, religious bodies were also not left out, they organized programmes too.

On the 14th day of February 2015, Nigerians lived up to expectations. I wasn't surprised to see Nigerians all over celebrating Valentine's day with loved ones as if they had planned it for months. In all the places I visited, I saw loved ones, families, friends, the young and old professing, expressing and celebrating love. Political parties were not left out, they dropped their political ambitions and individual differences to extend love to one another.

The day after valentine's day, in my closet I began to ponder what would have happened if the presidential election were held on lover's day? We were all witnesses to the campaigns of these politicians across the federation. In the absence of issue based campaigns their languages deteriorated and included every profanity and obscenity on their lips and in the process divided Nigerians along religious and ethnic lines.

With such campaigns, If the presidential election were held on February 14th, even before the official announcement of the election results by INEC, the inciting statements and threats by some politicians and Niger Delta militants would have given their politically demented supporters enough reasons to take to the streets and unleash terror if they notice the results won't favour them. The implosion would have been imminent and inevitable. It would have been an irony, that a day set aside all over the world to celebrate love was the day we decided to unleash hatred on one another in the name of politics.

Many may argue there won't be a day the general elections will be held without crisis but from people's reactions and utterances especially from the profiteers of the ruling government prior to the February 14th date, it would have been worst.I strongly believe the shift in polls from February 14th and 28th to March 28 and April 11th 2015 will be a blessing in disguise. Before that time, the already tensed atmosphere would have been doused, swing voters would have enough time to decipher between left or right where their votes would go.

The most plausible story surrounding St. Valentine is one not centred on Eros (passionate love) but on agape (Christian love). If general elections were held February 14th this year, there won't be any other day in this year where every Nigerian will join the rest of the world to celebrate and express this agape love that valentine represents.

Let's also not deny the fact that here in Nigeria, people visit babies homes, the less privileged and beggars on Valentine's day and show them love and care with varieties of gifts, food items and money more than any other day of the year. This year's own wasn't an exception. Such opportunity would have gone forever.

And for the first time in many weeks, our local media didn't bore us with news of contrived propaganda amongst political parties and there was no violence recorded anywhere as a result of politics through out the weekend. My humble self followed suit and resisted the urge not to write about politics in this week's article.

Whether we like it not February 14th remains "a day to love". Where ever you are, I will advise we shun politics of hatred for now and continue in this show of love, this is the best we can offer our country in a time like this.

As we have celebrated valentine in remembrance of St Valentine, a bishop in Rome who stood for justice and was executed February 14th, 270 AD for secretly performing marriages to young soldiers against its ban by Emperor Claudius II.

I also remember and dedicate this article to our gallant soldiers out there in the North East who have left everything behind including their families to ensure we curb insurgency this time around. You all are the reason why our territorial integrity is not yet in doubt. Your expectations won't be cut short.

Spread the loveThese are depressing times – stemming from different END_OF_DOCUMENT_TOKEN_TO_BE_REPLACED

Previous Post What in the world ? Why are African Leaders shunning $5,000, 000 gift and $200,000 Annual retirement Bonus
Next Post On The Cusp Of History: A Letter To President Goodluck Jonathan By ‘Tope Oriola