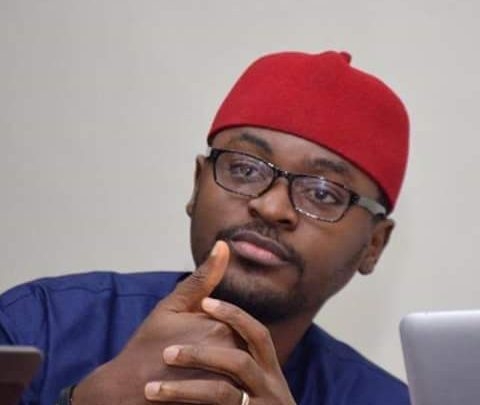 In the heat of the lynching of Igbo citizens in Asia in 2013 over alleged criminality, I wrote an essay entitled, ‘The Igbo fallacy’. In it, I appealed to the Igbo to de-emphasise the culture of profligacy, decadent opulence and vanity, which fuels the pursuit of crime by their own. I also suggested the need for value re-orientation – a task that must be actuated by all groups – the age grades, unions and traditional institutions.

Really, it is enervating for me that my kinsmen are taking the inglorious front row in ‘’money crimes’’ – drug peddling and internet fraud – abroad.

In August 2016, an Igbo drug dealer was guillotined in Indonesia. But his funeral in Anambra was a rambunctious shin-dig. He was even described as a “hero” by his people.

I have skimmed through the list of alleged online fraudsters indicted by the FBI, in what is regarded as the biggest scam bust in history, and I could see familiar names. It is heart-breaking for me. The refrain that criticising your own people for shortcomings is an act of sanctimony is obtuse. Crime has no ethnic face, but does that imply condoning or rationalising a persistent ill?

I have said it before, we have a problem. The Igbo have a problem. Out of the 21 Nigerians on death-row for drug peddling in Indonesia, 20 are Igbo – from my state – Anambra. Personally, I feel violated by this.

A few months ago, some armed robbers of Igbo origin launched an attack on a bureau de change in Dubai, United Arab Emirates but they were arrested. It is painful, instead of exporting the durable products of Aba, we are exporting crime and violence. That Nigerians are a pariah in South Africa is partly due to the activities of some Igbo drug cartel.

But what happens when these drug gangs return to the South-East? A bazaar of bloodshed. A few years ago, there was a massacre at a church in Ozubulu, Anambra. The killings were linked to a drug war between rival gangs in South Africa. The gangs took their battle out of the turf to native soil. Really, we are baiting the hurricane.

And now, out of the 77 names listed for online fraud in the United States, 74 are Igbo. We have a problem. We cannot solve this problem by living in denial.

I agree, there are millions of us doing great things in our fields but we must condemn the activities of these criminals among us. They do not represent us but their actions are capable of making an execrable impression of all us.

One drop of dirt is enough to make a basin of water impure. We must have serious conversations on this atypical criminality.

The argument that the Igbo are marginalised and that they are deprived because of the civil war, so very few among them are forced into crime is puerile. This is a terrible way to rationalise a problem that dents the entire group. There is no excuse for crime.

We have a culture that glorifies “money” crime – “ego mbute” – the culture of money grubbing and worship, as the-be-all and end-all of everything. It is a pervasive culture, not limited to the Igbo though.

We need value re-orientation, and this should be actuated by all groups – age grades and traditional institutions. We must stop celebrating people of unknown fortune. We must name and shame those with illicit wealth in our communities. We should upbraid them instead of giving them chieftaincy titles and front-row seats in church.

What exactly do we discuss at annual August meetings and town-union meetings? Enough should be enough. We cannot keep ignoring this filth.

We have a problem. A crime culture.

Spread the love(Genesis 50:14 (NIV) …14 For God shall bring every END_OF_DOCUMENT_TOKEN_TO_BE_REPLACED