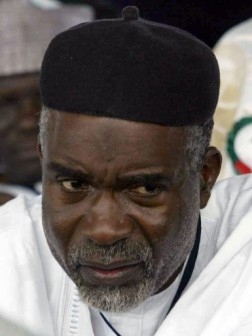 Sporadic gunfire sparked panic on Friday as the governor of Nigeria’s Adamawa state met with survivors of a brutal Boko Haram attack, a spokesman said.

Governor Murtala Nyako travelled from the state capital Yola to visit those targeted in Wednesday’s coordinated assault blamed on Boko Haram rebels that killed at least 37 people in three locations.

“There was a shooting incident during the governor’s visit to Shuwa,” said spokesman Ahmed Sajo, referring to the village where at least 25 people were killed and several buildings destroyed.

It was not clear who fired the shots or whether the governor was the target, he added.

“There was panic and the governor was whisked away to safety in another car by his security detail. Everybody scampered to safety.”

Nyako drove straight back to Yola, some 90 kilometres (55 miles) away, without visiting the other two villages hit by the insurgents.

In a statement, Nigeria’s defence ministry, however, denied there was sporadic gunfire during the governor’s visit.

As he left, his convoy “came across a noticeable pandemonium” because people who mistook troops on patrol at Kirchinga village, “for another impending attack by terrorists”, the military said.

“In the ensuing stampede and confusion, people scampered into the bush ostensibly to escape from those mistaken for terrorists,” it added.

Last month, Ali Ndume, a senator representing Borno state, claimed that a military fighter jet had fired on his convoy near the town of Gwoza.

He had been paying his respects at a nearby village where an attack by suspected Islamists claimed at least eight lives.

The military denied afterwards that he had been targeted.