On the Suspension Of The CBN Governor By Femi Falana 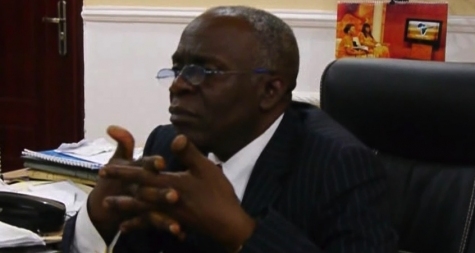 Very recently, President Goodluck Jonathan was reported to have asked Mr Sanusi Lamido Sanusi to resign as the Governor of the Central Bank . Convinced that he could only be removed by the President with the approval of the Senate Mr Sanusi turned down the request and dared the President to remove him. Having regard to his irreconcilable differences with the Jonathan Administration on the operation and management of the Federation Account Mr Sanusi ought to have voluntarily resigned his appointment. But he decided to remain in office while taking the Administration to the cleaners at the tail end of his 5-year tenure. To that extent, Mr Sanusi has himself to blame for his suspension from office on account of alleged financial recklessness.

Since Mr Sanusi has been placed on suspension the law presumes that he is still the substantive Governor of the CBN. Therefore, pending the end of his tenure or removal from office through the Senate there is no basis for the appointment of a new CBN governor. President Jonathan is advised to suspend the process for the replacement of the CBN governor by withdrawing the new nomination forwarded to the Senate as the nation cannot have a suspended governor and a substantive governor of the CBN at the same time. In the alternative, the Senate should put off any debate on the fresh nomination pending the end of the tenure of the suspended governor.

However, the diversion of huge public funds from the Federation Account alleged by Mr Sanusi should not be swept under the carpet. At the same time, the allegations of financial recklessness leveled against Mr Sanusi ought to be investigated without any delay. Once again, I call on the Federal Government to allow the Auditor-General of the Federation to audit the accounts of the CBN and the NNPC by virtue of section 85 of the Constitution. The reports of such audit should then be submitted to the National Assembly for necessary action in line with the provisions of section 85(4) of the Constitution.

Spread the love  “Life’s most persistent and urgent question is, END_OF_DOCUMENT_TOKEN_TO_BE_REPLACED