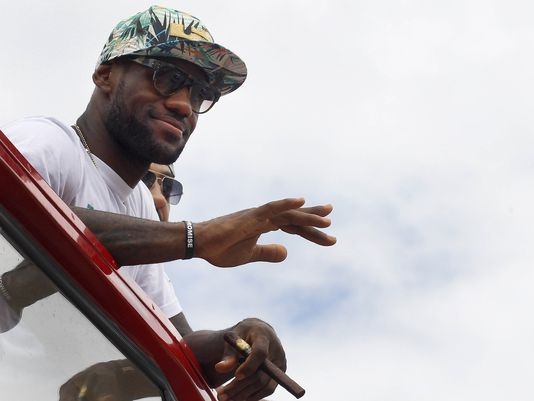 In a statement released Thursday, the department says it has chosen to give the officer informal counseling after investigating the escort involving the NBA player. The statement says no further action will be taken. It does not identify the officer.

James posted a video on social media sites before Friday's concert saying he was following a police escort on the wrong side of the street. The video showed the police vehicles with their lights flashing.

The department said Monday that officers violated policy by providing the police escort. It wasn't scheduled in advance and all safety precautions appeared to have been taken.

Spread the love  “Life’s most persistent and urgent question is, END_OF_DOCUMENT_TOKEN_TO_BE_REPLACED