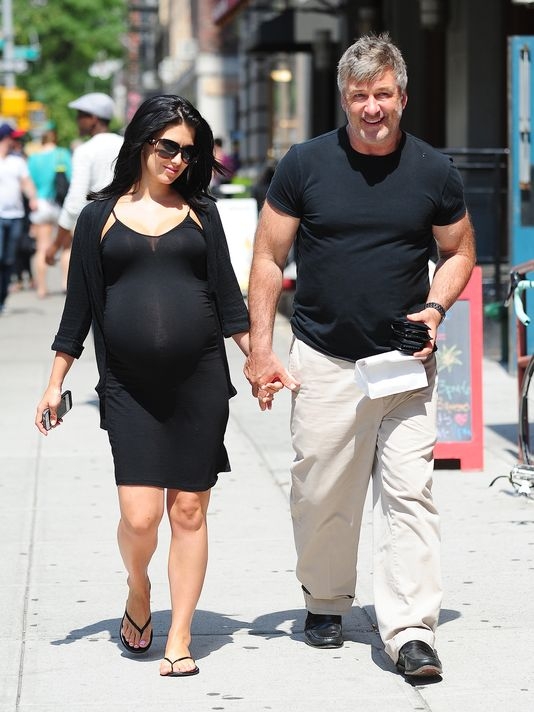 "We are overjoyed to announce the birth of our daughter Carmen Gabriela. She is absolutely perfect," Hilaria tweeted just before 5 p.m. on Friday.

The New York Post and E!, reported Friday afternoon that the two had arrived at New York's Mount Sinai Hospital.

This month, Hilaria sounded more than ready to get the baby delivered. She tweeted, "Just tried to induce labor by making gazpacho with extra garlic. I think it might kill us first…Or the next person we talk to?? #sorryguys."

During an appearance on the Rachael Ray Show, Hilaria said Baldwin really liked the name Massimo for their child. "It's a lovely name," she said. "I just don't know. That's a very big name for a very little baby."

And probably not one for a girl.

In March, Hilaria revealed that they're expecting a daughter.

"Remember that your parents will always love you," it says. "As a kid, you forget that sometimes. When they are screaming about this and bickering about that. It hurts. Grown ups yell. I don't know why, but they do. No matter what your mom or Dad says or does, simply remember that they love the (bleep) out of you. NEVER forget it."