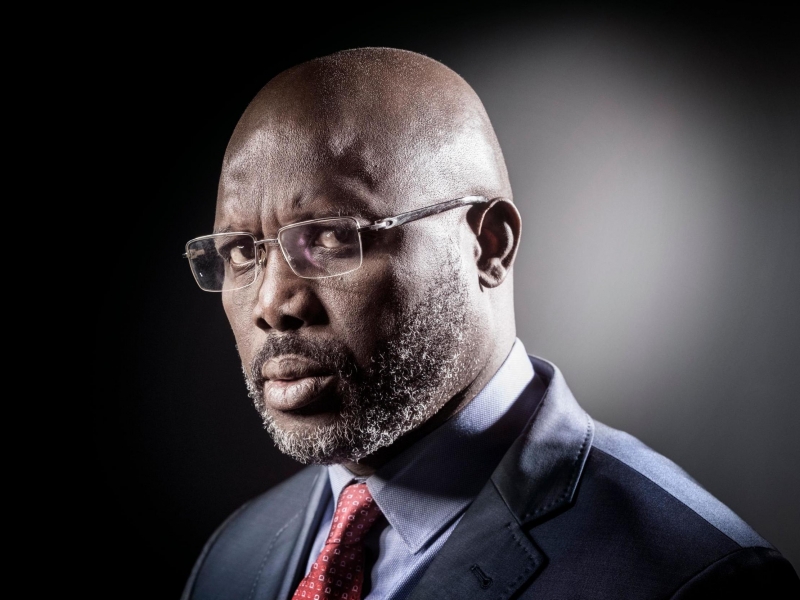 There are several countries around the world implementing blueprints to foster economic developments in their respective   societies.  Some there countries are in Africa, who are endeavoring to formulate plans to gravitate their societies from the Stone Age environment into the realm of contemporary technological societies. For example, an

engineer will draw a blueprint to build or construct a bridge, or a building; this is like architects of a nation. These leaders are responsible for designing a philosophy and vision upon which said society will function.  As blueprint is an essential attribute in every man’s life; so is it with leaders; especially, those who are serious and committed in advancing the lives of their respective societies.

In my previous articles, I alluded that the first leaders such as Joseph Jenkins Roberts, Stephen Allen Benson whose mindsets were rooted in the act of domestic servitude and not in the act of politics were not prepared intellectually and politically to set up a wholesome functioning political institution; they passed it on to the generation that followed them. These founders of the infant republic, viewed politics from a narrow perspective which was not inclusive like the country were deported from. Because this was the political culture they were used to, they proceeded to set up a government that created a line of demarcation between itself and the indigenous Africans. Therefore, the indigenes were never a part of the political arrangement; they were forced to integrate into the political system after several decades. In fact, indigenous Liberians became integrated into the political system around 1940, 93 years after the 1847 Declaration of Independence.

Liberian Government in 1880 – No Indigenous Person

What are the moral causes of the present evils in Liberia? As a people, we have been in too much haste to be rich. Relinquishing the pursuit of those attributes that would fit us for the faithful discharge of our peculiar duties as men, as Liberians, as an infant nation, we have used every possible measure to enhance our pecuniary importance; and in the precipitate efforts at wealth, we have not been careful as to what means we have employed. The desire to be rich, or to appear to be rich, pervades all classes. The love of money…has grown upon us to such a degree that all other avenues of distinction seem but trifling in comparison of those which lead to the acquisition of money. To be rich seems with many ‘the chief end of man.’ Hence, no talents, no endowment of the mind, no skill or knowledge, no amount of education, is appreciated only so far as it will pay. This fact has operated greatly in retarding the literary progress of our youth. (Dr. Blyden’s Speech, 171 years ago)

Rwandan Blueprint After the Civil War

SURF’s website (SURIVIVOR FUND) provides a brief statistical analysis which showed a projection of the Rwandan Genocide of 1994. These statistics demonstrated one of the world’s traumatic and horrifying events.

“Over the course of 100 days from April 6 to July 16, 1994, an estimated 800,000 to 1 million Tutsis and some moderate Hutus were slaughtered in the Rwandan genocide. The official Government of Rwanda number of those killed in the genocide is 1,074,017, of whom 93.7 percent were Tutsi.  A 2008 report estimated the number to be close to 2 million. During this period of terrible slaughter, more than 6 men, women and children were murdered every minute of every hour of every day. This brutally efficient killing was maintained for more than 3 months.

There are between 300,000 to 400,000 survivors of the genocide. Between 250,000 and 500,000 women were raped during the 100 days of genocide. Up to 20,000 children were born to women because of rape. More than 67% of women who were raped in 1994 during the genocide were infected with HIV and AIDS.7 in many cases; this resulted from a systematic and planned use of rape by HIV+ men as a weapon of genocide. There are 10 times as many widows than widowers – almost 50,000 widows of the genocide (https://survivors–fund.org.uk/learn/statistics/).

At the end of the war, the Government of Rwanda implemented stringent efforts to improve access to education and the country can boast that reportedly 97% of its children currently attend primary school; the highest rate in Africa. UNESCO, interestingly, perceived Rwanda naming it, as one of the top three countries globally for improving access to education (theguidian.com).

The Guidian.com pointed out the gains of Rwanda: “Born in the years since the genocide, children in schools are strongly encouraged to desist from using potentially divisive labels. Pupils are discouraged from identifying themselves as Hutu or Tutsi and are instead asked to focus on building the future of a common Rwanda” (theguidian.com).

Pertinent to the economy, The Guardian disclosed that of Rwanda’s determination to rebuild its economy since the genocide has been driven by three main sources: the export of tea and coffee; foreign aid, which constituted 20% of gross annual income in 2011; and the tourism trade.

In Rwanda, vocational training is a system whose aim is to provide recipients with the necessary knowledge and skills to exercise as a profession which will enable the individual to be integrated in the labor market. Vocational training

includes initial Vocational Training and continuing Vocational Training; and Technical Education, is a structured system aimed at providing recipients with the necessary knowledge and skills to continue their studies at tertiary education level or to exercise a profession to be integrated into the labor market. On the other hand, Technical Education puts more emphasis on theoretical education. (http://planipolis.iiep.unesco.org/sites/planipolis/files/ressources/r
wanda_technical_vocational_education_policy.pdf).

The Minister of Trade and Industry of Rwanda, Nsanzabaganwa Monique, on  May 27, 2004 at the Second Ordinary Session of the Conference of the African Union Ministers of Trade which was held in Kigali, said: “In Africa today, we recognize that trade and investment, and not aid, are pillars of development. With a view to enhancing growth, development and socio-economic transformation in Rwanda, the Government articulated the Rwanda Vision 2020 which establishes three broad development goals of the country. These are: (i) in short-term, promotion of macroeconomic stability and wealth creation to reduce aid dependency; (ii) in the medium term, transformation from an agrarian to a knowledge-based economy; and (iii) in the long-term, creation requires productive and competitive economic sectors including trade” (https://unctad.org/en/docs/ditc20092_en.pdf).

Indeed, Rwandans have demonstrated to the world that Africans too have the capacity to make progress economically, irrespective of difficult obstacles both domestic and international. Special thanks go to all Rwandans for proving that no matter how much the war and hatred impacted all of them; they undoubtedly resolved to overcome such tragedies. Also, Liberians could do the same as well, emulating the positive economic advancements envisioned in Rwanda.

Despondently, there are some politicians in Liberia and their supporters in diaspora who are of the mindset that President Weah is the cause of the problem in Liberia; and are calling for him to resign. They have the idea that his resignation will solve all of Liberia’s problems.  What a wrong way to solve the country’s huge problems! It is not only

dangerous; it a foolish and undemocratic way to solve the problems of a nation in crisis. Even President George Weah and members of the oppositions are victims of Liberia’s ugly history.

In April 1978, a year before the Rice Riots, the veteran Albert Porte wrote:

Our present plight of democratic decline in this country and our fall into the arms of dictatorship has not been reached by one sudden downward leap, nor can it be attributed to any one individual or regime. We have all contributed to the imperceptibly erosive decline of normal democratic procedure here. And it does not remedy the situation to stand idle by blaming one another while the democratic ship of state catches fire.

As a matter of fact, Liberia’s political opposition must help the country and President Weah to craft a New Blueprint; a new mindset so to speak, that will foster economic development and the gradual elimination of the appetite from stealing and misusing the resources of the country. This greed is a disease caused by selfishness, love of materialism and corruptions.

Alternatively, President Weah must invite qualified Liberian professionals, be it members of opposition and Liberians in the diaspora to participate in the transformation of the socio-economic problems of the nation. It is the right thing to do to give preference to Liberian businessmen and women in awarding contracts and other benefits. This practice will serve the interest of the country and the Liberian people. Believe me; it is not only wrong, but disingenuous to always grant major government contracts to foreign businessmen. Perhaps, this is one of the major reasons for the continued underdevelopment of the nation.

Lastly, it is Liberian tradition to be respectful our fellow countrymen/women. Therefore, it is not only disrespectful and rude for any opposition politician to render insults to the President of the Republic of Liberia, irrespective of his or her disagreement with his/her policies. The same goes for the President’s supporters in Liberia and the social media. There is a difference between debating political issues for national development, and rendering insults to a national leadership.

Subsequently, true intellectuals and nationalists, can disagreed to agree, but this discourse must be done within a frame of mind that is respectful and intellectually stimulating.  Indeed, Liberia needs to develop a Blueprint for the 21st Century that will put in place a plan for better Roads Networks, Education, Health, Agriculture, etc.  A New Blueprint that is inclusive of all Liberians.  Indeed, Liberians too have the capacity, like the Rwandans, to bring meaningful services to enhance the socio-economic emancipation of their nation. Frederick Douglas was correct when he advised: “The life of a nation is secure only while the nation is honest, truthful, respectful and virtuous”.

Spread the love
Oye Gureje: A Scholar As A Rhotacist, By Remi OyeyemiSpread END_OF_DOCUMENT_TOKEN_TO_BE_REPLACED
Previous Post Liberia Lacks the Integrity and Commitment to Prosecute Economic and Financial Crimes By Frederick A.B. Jayweh, Esq B.A, LL. B, LL.M
Next Post Is Treason to Demand the Weah-led Government to Step Down?