Kola Balogun , the ‘agbebo adiye’ of the Oyo South APC 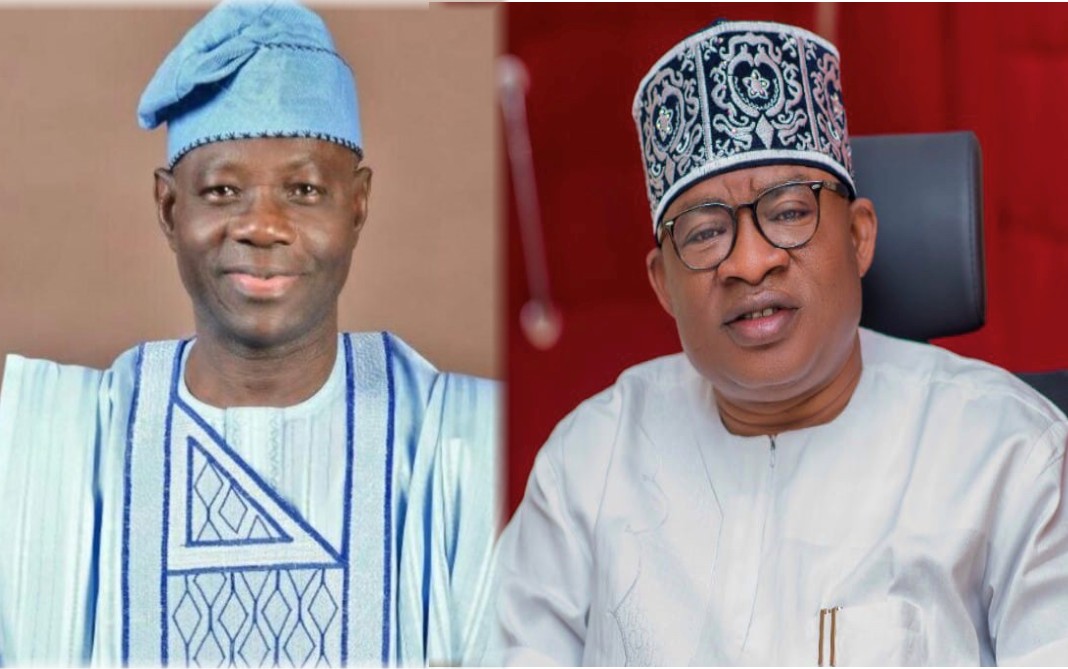 The choice of Ibadan land as the political headquarters of the Yoruba politics was earned through the pragmatisms of Ibadan Indigenes. Chief Awolowo and all those after him would have chosen their home cities as the headquarters but altruism alloyed with data will look such efforts in the face and invert it. The list of Ibadan politicians who were trail blazers is endless: from Akinloye, Adelabu of  peculiar mess fame to Adedibu of Amala politics, Ibadan was not in  short supply of these pragmatic and erudite politicians. What about the three Lais in Ibadan, Lai Durosaro, Lai Oyadina and Lai Olugbesan? However, the tide is changing and the Yorubas must adjust since the Ibadans are now sending their second eleven to the national and native discourse.

This piece, however,  is a response to a hit job ‘The Chief Sniper Swallowing Sniper?’  masquerading as opinion in Oyoinsight. To some of us that make a living in the IT sector, we put value to google ranking. Since Google is not in the business of differentiating facts from fallacies, the onus is on human intelligence to redirect artificial intelligence. The hit piece is ranking on the back of artificial intelligence and a response through human is needed. Since it is not in my character to assassinate the character of any messenger, I will rather dwell on the content of the message and not give the writer any undue publicity because the said piece has no substance aside from the keyword in its heading which ultimately is causing the google ranking. The fallacious piece itself did not address the issue it raised but littered with ad herring in an attempt to appeal to pity. The last time I checked , Kola Balogun was not our Oba and anyone that thinks we cannot chastise our senator for inefficiency on the premise of incompetence  is being disingenuous. Some people think they are more related to Kola Balogun than the Aremo Femi Balogun of Ibadan land. If the Aremo thinks his own uncle is inefficient because he is incompetent , anyone putting lipsticks on the pig of this is wasting his energy. No one will buy the wares.

Here is the crux of the issue. Aare Onibon of Ibadan land , Prince Adegoke Adegboyega referred  to Kola Balogun as an Agbebo Adiye.  What is Agbebo adiye?  . Agbebo adiye is a matured hen in the marketplace. However, when you see Agbebo adiye in the market, do not jump to buy her. If the hen lays ten eggs , incubates ten eggs and hatches ten eggs, the owner will not bring such a hen for sale in the marketplace in the first place. That is the analogy the Prince was trying to draw our attentions to. If an erudite business turnaround expert in the mold of Prince Adegboyega refers to a product as Agbebo adiye , I will take the comment to the bank because he is not a frivolous individual. His track records speak volumes of him.

What is even  intriguing is that , the owner of this Agbebo adiye  is not losing any sleep over her because  he technically released her  into the market to range for the asking ( the hen is of no value to him and his business)  because the Agbebo Adiye will not lay any egg let alone  incubate one.

We all know that Makinde has not delivered on campaign promises and that is why we should respect his  choice to send the Agbebo Kola Balogun to the market because it is only a thief who can tell the trail of another on a rock . However,  If we think Makinde was being overzealous in his decision, what about Kola Balogun’s nephew? The Aremo of Ibadan land voted for Kola Balogun , his own uncle, with his legs. Aremo did not hide the fact that his uncle is an Agbebo Adiye. The palace was forced to do damage control with press releases . The Palace said among others that “as much as nobody can prevent Femi, being an adult from holding a personal political view and democracy enjoins freedom of choice, the palace frowns at the dragging of the exalted throne into such personal and unguarded visit and endorsement by a member of the family using the name of Olubadan. “For the avoidance of doubt, the palace wishes to let the whole public know that Femi was not sent on such an errand and nobody in the palace would dare do such because Olubadan remains the father of all. From all intent and purposes, he was on his own and his purported message carries no blessings of the Olubadan palace.”

Final thoughts cum the result of due  diligence: Kola Balogun is an epitome of failure at the national assembly.  In over three years at the National Assembly , the only thing he did was to concur on all things  ‘concurable’ . Kola has no law to his name nay Oyo South Senatorial District. I know it is a tall order for Kola Balogun who was given the ticket because no one wanted it at that time( according to him)  to start and take a bill through readings to the floor but at least some senators should see some values in him and invite him to co-sponsor  bills. Kola has no single bill that crossed the senate floor for accent. He was not even  invited to one nor did he invite anyone to any bill- that is tantamount to Agbebo adiye syndrome. APC  stalwarts who facilitated the move of this Senator to APC should be ashamed of themselves now.

In four years, Senator Balogun sponsored three bills. Two of these bills are in the first reading for years .In line with the modus operandi  of the national Assemblies ,it might interest you that none of these will ever see the senate floor. These bills  will die with the 9th assembly and will never become laws in its current status. Here are the bills

When Makinde accused him of incompetence, he (Kola) dropped his brother’ name ( our esteemed Olubadan)  in an attempt to cause confusion. Kola Balogun had nothing to argue against the allegation of incompetence by Makinde but instead dived head-on into fallacy of whataboutery with counteraccusation to the effect that Makinde was afraid of two Baloguns.  The records are there that Kola Balogun is a complete disappointment and should not be given another term to waste. This shameless and political prostitute had the audacity to say he did not decamp but came back home. In few days after his loss, i believe he will say that the Ibadans are afraid of two Baloguns. His dalliance with APC will not last .

The electorates in Ibadan are the most sophisticated in Nigeria and APC will learn  very bitter lessons if they bring agbebo adiye to the polls. We will ‘Ajimobi’ APC ‘big time’ .  We are watching with keen eyes and true to our styles, we will  pay you in kind and even give you overdraft if you underrate us as Ajumobi did. .

On a lighter note -From Penkele mess of Adelabu, Amala politics  of Adedibu to Agbebo adiye of Adegboyaga , Ibadan politicians never cease to amuse us

Spread the love
Oye Gureje: A Scholar As A Rhotacist, By Remi OyeyemiSpread END_OF_DOCUMENT_TOKEN_TO_BE_REPLACED
Topics: Gboyega adegoke Kola Balogun the ‘Agbebo adiye’ of Oyo South APC
Previous Post Liberia: “The Time of the People Has Arrived” By Elder Siahyonkron J. K. Nyanseor, Sr.
Next Post Presidential Immunity: Who Are Those Immune and Who Are Not? By Frederick A.B. Jayweh, Esq.