I REMAIN WITH THE PEOPLE IN LABOUR PARTY- SINA KAWONISE 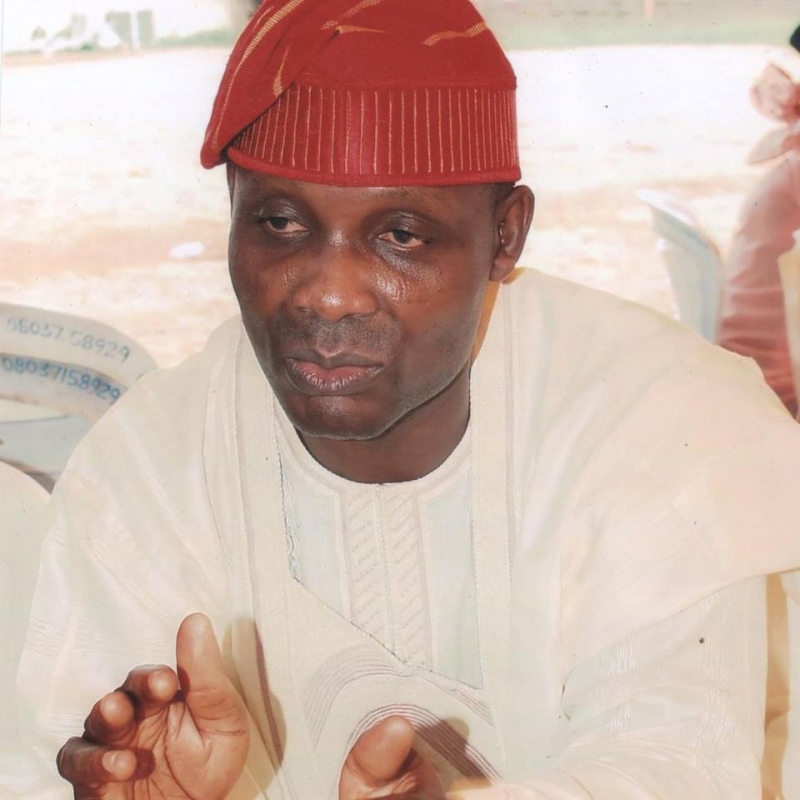 1. Introduction:
About five weeks ago the news started making the rounds that some notable members of the Labour Party (LP) were set to defect to the Peoples Democratic Party (PDP). Immediately this news broke I started receiving calls and messages from relations, friends and associates all over the world on my position on the matter. I didn't mince words: I told all that asked me that I remained with our people in LP. Now that the actual defection by some of our members has taken place, I think I owe some explanation to the multitude of my relations, friends, political associates, my comrades in LP, well wishers across the political divides in Nigeria and beyond.

2. Why LP in the First Instance?
When I took the decision about three years ago to run for the office of Governor of Ogun State in the 2015 election, the immediate choice I had to make was the platform to adopt for the actualisation of the aspiration. Given the crisis in the Ogun PDP and its conservative bent and the false claim of progressivism by the then ACN (now APC), I reckoned that we needed to create a Third Force political party. I had two options, either the Social Democratic Party (SDP) floated by those of us in Afenifere or the existing LP. The process that led to the eventual choice of LP is a long story which space constraints will not permit me to recount here.

The attraction of both parties to me was their Social Democratic ideology, which comes close to my age long ideological orientation. And this is confirmed in the Preamble of the LP Constitution which states inter alia:
"We the democrats of Nigeria, inspired by the urgent need to change the shape, content and character of partisan politics in Nigeria to that based on issues and identifiable ideology, which is also pre-requisite for governance based on commitment to ideals, have decided to bind ourselves to form the Labour Party (LP). For the avoidance of doubt, Social Democrats include the working class, farmers, professionals, intellectuals, students, women, and all other Nigerians who accept the ideals of Social Democracy…."
Apart from the ideals of LP, the categories of its members constitute the bulk of my friends and natural allies.

3. The Wide Acceptability of LP in Ogun State:
The current LP in Ogun State is an alliance of four main parties, namely sizeable parts of PDP, PPN, ACN, the whole of old LP. With this formidable alliance, we rolled out selling the new LP to the people. With the failure of the APC- led government in the delivery of dividends of democracy and accountability to our people in Ogun State and the internal crisis of Ogun PDP, the LP became widely accepted by our people. With over 200,000 registered members of LP across the state, the Ogun LP became a household name within a short time. Let me state here that the defection that has just taken place didn't catch us unaware. We knew it would happen! The motives for it and the calculations that informed it will be made public at the appropriate time.

4. The Merger Claim:
We have heard it in different quarters that the Ogun LP merged with the Ogun PDP. That is not true. Yes, some members of the LP have defected to the PDP, but the LP remains. The vast majority of our people are steadfast in their determination to remain in LP, build it further, continuously sell it to our people and present it as the only people-oriented party that could be entrusted with power come May 2015.

5. APC Or PDP? Neither To Choose:
That the APC-led government in Ogun State has failed woefully is evident for all to see. Never have our people been so made poor and miserable as they are now by any government in the 38 years since the creation of the state. As terrible as the current government in Ogun State is, the Ogun PDP, as it is currently, is not and cannot be the alternative that will set our people free from the current bondage. Why do I say so?
All the elective and appointive positions in a possible PDP government in the state have been shared among the gladiators and godfathers. The arrangement is that this godfather would bring one nominee for Senate, three for House of Representatives, six for House of Assembly; another godfather will supply the Governorship candidate; yet another godfather will thrust forward the Deputy Governorship candidate; etc, etc. That way, the destiny of our people is being shared among political merchants whose interests are no more than their self aggrandisement and feeding fat on the blood and sweat of our people. The inbuilt divisive tendencies will subvert and infinitely distract any government that emerges from that compromise and compromised process. It won't be more than six months into the life of the ensuing government (God forbid!) that the current failed APC-led government would seem like a golden era. May God not allow this terrible scenario happen to our people in Ogun State.

6. AMG As Religion: The catch phrase that is being mouthed to justify reprehensible political moves these days is "Amosun Must Go". This has now been turned into a religion. While indeed Senator Amosun must never be allowed a second term as Governor – for he has proven beyond all reasonable doubts that he is incapable of running a government that is responsible to the people – our people should never be deceived into accepting all manners of self-serving political alliance all in the name of an Amosun that must go. If Amosun must go, the alternative to him can't be the soulless godsons and puppets that the Ogun PDP share-and-pocket 'patch patch' arrangement will produce. Yes, the APC monster must be exorcised but the PDP demon must not be let in!

7. Forward Ever…:
Since I declared my stance of staying with our people in LP, a lot of my well wishers had warned me of my personal safety. My response to these well meaning people is that no leaf ever falls off a tree without the knowledge and permission of our Heavenly Father. What is more, at 52 years of age, I've gone past the Nigerian life expectancy which our demographers still put at below 50 years. Quite a number of my younger compatriots are in the North Eastern part of Nigeria laying down their lives in the patriotic fight against the Boko Haram terrorists.
God has been kind to me and this country has benefitted me immensely. Ensuring that our people in Ogun State are delivered from the hands of those who sit and share their destiny is a worthy sacrifice that I am resolved to make as long as I have the breath of life in me. I have come a long way standing for the truth. I assure the working class, farmers, professionals, intellectuals, students, and oppressed women of Ogun State for whom Labour Party was formed by the Nigeria Labour Congress (NLC) for the advancement and protection of their interests that I will not let them down in the ongoing battle for true freedom from their oppressors.
Labour Party! Forward ever!!
SK is Ok!

Spread the love  “Life’s most persistent and urgent question is, END_OF_DOCUMENT_TOKEN_TO_BE_REPLACED

Previous Post General Overseer of Maximum Deliverance Church Caught Pants Down in twosome ‘deliverance’
Next Post “The issue of the girls is long forgotten because I have long ago married them off,” -Shekau