Harkin: DOJ Civil Rights Nominee Would Have Been Confirmed If He Was White as Democrats Disgrace Themselves on Adegbile Vote 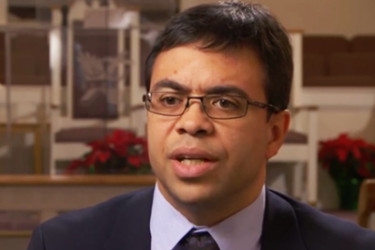 WASHINGTON — Sen. Tom Harkin (D-Iowa) took to the Senate floor Wednesday night to slam fellow senators for what he called their "shameful" vote to block the nomination of a respected civil rights lawyer to a top Justice Department post.

Harkin, who has a law degree, said the vote against Debo Adegbile shows the Senate measures nominees according to race, and suggested the lawyer would have been confirmed as head of the Justice Department's Civil Rights Division if he was white instead of biracial. Adegbile was attacked by senators for heading the NAACP Legal Defense and Education Fund, which represented murderer Mumia Abu-Jamal decades after a death sentence for killing a Philadelphia police officer.

"We sent a message: We have a double standard. A terrible double standard," Harkin said, pointing out that Supreme Court Chief Justice John Roberts once worked on behalf of a mass murderer.

"Here's the message we sent today," Harkin said. "You young people listen up. If you are a young white person and you go to work for a law firm … and that law firm assigns you to a pro bono case to defend someone who killed eight people in cold blood … my advice from this, what happened today, is you should do that … Because if you do that, who knows? You might wind up to be the chief justice of the United States Supreme Court.

"However, if you are a young black person and you go to work for the NAACP Legal Defense Fund … and you're asked to sign an appeal for someone convicted of murder, what the message said today is, 'Don't do it! Don't do it.' Because you know what? If you do that, in keeping with your legal obligations and your profession, you will be denied by the U.S. Senate from being an attorney in the U.S. Department of Justice," Harkin said.

"What about that guy sitting over there — the chief justice of the Supreme Court — defended a person who killed eight people?" Harkin asked, pointing toward the nearby court building. "Maybe we should institute a — an impeachment process? Maybe that's what we ought to do. Maybe my friends on the Republican side did not know this about John Roberts, that he had defended a mass murderer. Maybe that's what we've got to do, bring up an impeachment process. Let's impeach the chief justice because he had fulfilled his legal obligation to defend a murderer. Well, I hope that you see the ridiculousness of that argument."

Let's name some names. The Democrats voting not to confirm Debo Adegbile to head the Justice Department's Civil Rights Division were Sens. Heidi Heitkamp (N.D.), Joe Manchin (W.Va.), Mark Pryor (Ark.), John Walsh (Mont.), Joe Donnelly (Ind.), Bob Casey (Pa.) and Chris Coons (Del.). Here's what they have in common. They disgraced themselves, their party, and most importantly the bedrock constitutional principle that a defendant — that's all defendants no matter how putrid some consider them and the crimes they're charged with to be — are entitled to counsel and a defense. These Democrats disgrace on all these counts was, of course, their vote against confirmation for Adegbile, the former head of the NAACP Legal Defense Fund, to lead the Justice Department's Civil Rights Division.

Their stated reason for torpedoing the confirmation was that he was a legal counsel for cause celebre black activist and convicted cop killer Mumia Abu-Jamal. They tried to cover their ludicrous and indefensible opposition by spouting Adegbile's GOP's opponent's line that Adegbile didn't just provide counsel for Abu-Jamal but was an active political advocate for him. The implication being that he somehow was an impassioned supporter of Abu-Jamal and worse, shared his radical views on the criminal justice system. This is beyond nonsense. If there was even a scintilla of truth to this slander, then countless judicial nominees including Supreme Court nominees and stalwarts from liberal jurist Thurgood Marshall to conservative jurist John Roberts would and by this silly logic should never have been confirmed. They all at one time or another represented accused murderers in appeals in capital cases.

Adegbile repeatedly answered the slur against him, not that he needed to, with simple facts. He did not represent Abu-Jamal in any of his trials. There were blatant issues of racial discrimination in the jury selection and improper if not outright biased jury instruction in Abu-Jamal's trial. The NAACP Legal Defense Fund as it has done countless times in countless numbers of cases through the years wherever there's been an issue of racial bias in court cases took Abu-Jamal's appeal. Adegbile did not argue the case before the appeals court, as the right-wing outrageously and hysterically claims, but worked on and signed the legal briefs submitted to the court. The Fund got it right. And the appellate court agreed and tossed Abu-Jamal's death penalty sentence and he received life imprisonment.

But let's be clear, the Democratic senators didn't care a whiff about whether Adegbile was really a cop killer cheerleader. They cared solely about reelection. Or more accurately, they were scared stiff that they'd be hammered by their GOP opponents in their reelection bid for voting to confirm. In the process, they shamelessly disgraced themselves and their party and constitutional principles, and trudged another step down the dangerous road to reaffirm the lethal precedent, namely that all present and future administration appointments can be held hostage on the most spurious whim or reason by the hard core right-wing echo chamber.

The truth, of course, is that politics has repeatedly rammed its away into just about every crucial Obama administration judicial nominations and key appointments. Change the name from Labor Secretary Thomas Perez to Attorney General Eric Holder or former UN Ambassador Susan Rice or Defense Secretary Chuck Hagel, and one sees that the playbook the GOP is using again to slur Obama and his appointee is identical. The GOP picks what it considers the most vulnerable Obama nominee, then pecks away at a peripheral issue to malign the nominee, and then threatens to delay or block the nomination in either hearings before a Senate Committee, or on the Senate floor. All the while, it churns out the most ridiculous and scurrilous snippets of gossip, rumor, half-baked charges to poison the air and cast public doubts about the nominee, and by extension Obama.

Whether it succeeds or fails, it served its purpose namely to replant the seed that Obama's picks are tainted, incompetent, or political cronies. They added one more pejorative to their arsenal of slurs and slanders with Adegbile, and that's 'cop killer nominee.' The supreme tragedy as Obama noted in his righteous and biting denunciation of the Senate vote is that in tossing the appointment or nomination of a dedicated and imminently qualified public servant, the real loser is the public. In Adegbile, we would have gotten a sharp, energetic, and honest young man to head the Justice Department's Civil Rights Division; a Division which incidentally has been without a head thanks to the GOP's obstructionism for months on end. Someone, such as Adegbile, would have thoughtfully and aggressively enforced the nation's civil rights and voting rights which are exactly the very thing that the GOP has done everything possible to undermine. Now we can add a troop of timid and self-serving Democrats to that shameful list.

Previous Post 2015 GOVERNORSHIP ELECTION: OUR POSITION …BEFORE IT IS TOO LATE.
Next Post Igbo Re, Ona Re: The Nigerian Constitution And The Awo Road Not Taken By Pius Adesanmi