Dual Citizenship in Liberia: Is It About Jobs, Or Sustaining the Economic Viability of the Nation? By Edmund Zar-Zar Bargblor 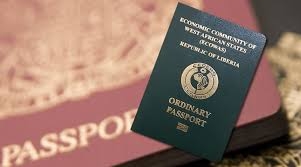 The debate regarding Liberians with dual citizenship status and their participation in the government of Liberia continues to resurface within Liberia and the Diaspora.

The concept of dual citizenship has to do with Dual nationality. The concept of Dual nationality is very simply!  An individual, who has Dual Citizen Status, is a person who is a citizen of two countries. For example, if you as a Liberian relocate to the United States and become a naturalized US citizen, you have dual citizenship. Dual citizens can carry two passports and essentially live and travel freely within their native and naturalized countries.

On October 3, 2019, the Senate of the Republic of Liberia overwhelmingly approved three constitutional propositions, they are: dual citizenship, reduction of the tenures of the President, Vice President and the date for holding elections in the country. The Dual Citizenship proposition reads: “A natural born citizen of Liberia may hold the citizenship of another country, but shall not qualify for elected positions, and the following appointed positions: Chief Justice and Associate Justice of the Supreme Court of Liberia; Cabinet Minister, a head of autonomous agency and nonacademic/research/scientific institution and ambassador.”  (https://www.liberianobserver.com/news/senate-approves-dual-citizenship-new-elections-date-others/)

This action has the propensity to create the problem of brain drain for a country that is badly in need of specialized professional workers. Many of Diaspora Liberians fall in this category. These native born Liberians who are excluded could be very useful in solving the country’s enormous problems. Instead, the leaders and the Legislature chose to disenfranchise their own countrymen and women in place of other foreigners who have dual citizenship status. This is a selfish decision! These lawmakers did not take into consideration the wealth of knowledge and skills their fellow countrymen/women who enjoyed the citizenships of other countries, returning to Liberia with their knowledge and skills to help in building their beloved country.

The UN Economic Commission for Africa and the International Organization for Migration (IOM) estimated that 27,000 Africans left the continent for industrialized countries between 1960 and 1975. During the period 1975 to 1984, the figure rose to 40,000. It is estimated that since 1990 at least 20,000 people leave the continent annually.

In 2004, the UN reported that powerful factors in the brain drain contributed to Africa’s poor rates of economic growth over the past 30 years (worsened by structural adjustment measures which have resulted in dramatic falls in living standards) and political instability (disturbances in Nigeria and Zaire, civil war in Liberia, Sierra Leone and Somalia etc.). Thousands of qualified Liberian professionals have been forced unwillingly into exile in the 1980’s and 1990’s. The migration of highly qualified professionals from the country is an extremely complex problem that presents the present Liberian Government with a major dilemma. It is one thing to talk about constitutional issues; it is another to create the incentives that would encourage qualified Liberian professionals to return home.

To foster economic development, current and future Liberian Governments should seek out individual Liberians with the necessary skills, professionalism and integrity. This process should take advantage of Liberians who are citizens of other countries, but now are willing to return home to help. Some of Liberia’s best minds are in the Diaspora. These Liberians in the Diaspora had to take up naturalized citizenships of their host countries to be able to practice their professional crafts. If Liberia is to develop, she needs the experience and expertise of Liberians who have lived and worked in developed economies. Work ethics, such as people reporting to work on time and taking their responsibilities serious, are essential attributes Liberians on the ground need to see to put into practice.

Many Liberians in the Diaspora have the necessary academic and professional preparations to help Liberia solve her problem of brain drain. The government needs to encourage all of its nationals to return home. Closing the doors on others, due to their dual citizenship status is not in the best interest of the socio-economic development of the nation. Other countries in Africa, Ghana for example, are engaged in strategies and programs to reverse the brain drain by encouraging these skilled professionals to return home. Liberia’s lawmakers need to emulate the wisdom of Ghana, Nigeria and other countries within the sub-region.  Liberians who are citizens of other countries are still Liberians; they should not be made into some boogiemen to be afraid of; they should be allowed to participate at all levels of the Liberian Government.

Findbelow the current list of countries in Africa that have some form of Dual Citizenship. (dualcitizenshipmalawi.blogspot.com)

Eritrea (with permission, has created an intermediary status)

Ghana (Dual Citizens may not hold a set of listed senior positions, includes dual citizenship for the involuntary African Diaspora.)

What is the problem with some Liberian Legislatures regarding Dual Citizenship?

What are they fearful of? One of the problems for which Liberia has not developed compared to other countries in West Africa is due to the fact the government and the ruling elite prefer foreigners to native Liberians; they gave the best paying jobs and award contracts to foreign nationals who take their earnings to their countries. The only reason I can think of is Liberians who behave this way are fear of competition; this include some of the Liberian Legislatures.

According to Economic Competitiveness: “Economic competitiveness matters! But not as an end in itself – it matters because nations that are more competitive are more productive, and are therefore more able to provide for the social needs of their people. Competition builds emotional intelligence (EQ) and social intelligence (SI), both of which are necessary to build and consolidate relationships” (http://freedomandsafety.com/en/content/blog/4-reasons-why-your-country-should-be-more-competitive).

Liberians have the history of rejecting fellow Africans from the Diaspora, especially those with skills essential to nation building.

This practice goes back as far as the 1920s.

When it comes to the institution of dual citizenship in Liberia, history is undoubtedly repeating itself. During the administration ofPresident C.D.B. King, Liberia was in urgent need of money to repay her debts. Marcus Garvey and his powerful organization offered a fantastic deal of financial relief to the Liberian Government in 1920. They intended to send a shipload of thousands of their members to Liberia with their skills and money to help build up the economy of Liberia. They wanted a guaranteed property of land in Liberia where they could use as their settlement. But President King’s administration felt threatened by the possible   influx of intelligence and self-sustainable fellow blacks from the United States. They believed Marcus Garvey and his group would form another political party and take Liberia out of their hands. So, they rejected his offer. Instead, they took the offer of Mr. Harvey Firestone and his $1,000,000 loan for large amount of land for the cultivation of his rubber plantation. Marcus Garvey was banned from coming to Liberia with his group. And now today we have the issue of dual citizenship.  There are some Liberians classifying   their fellow Liberian brothers and sister as   foreigners, simply due to their dual citizenship status (slaverebellion.org).  This mindset is most unfortunate!

As the result of this mindset, Liberians with dual citizen status have become de facto second class citizens in the land of their forefathers. The prevention of Liberians with dual nationalities from enjoying the full benefits of their nation is not only in direct contravention of the equal protection clause of the Liberian constitution that extends equality of opportunity for all citizens without discrimination, and also in contravention of UN Declaration of Human Rights. In addition, this is in violation of other international treaties, which mandate all governments to allow all citizens the right to participate in their respective governments and the public service, to tap on much-needed human resource potentials, relevant to the constructive involvement of all its citizenry under the sphere of globalization. Liberia’s Legislature needs to see the Liberian Diaspora as a national asset and not as their adversary.

The   World Bank’s report of 2012, relevant to   global remittances, pointed out that Liberians in the Diaspora, especially those with dual citizenship status, out-beat per GDP other Africans living abroad by “remitting $378 million in 2012, an increase of $18 million from 2011 remittance of $360 million, a more than 31% of global remittances and third of Liberia’s GDP in 2012” (The New dispensation, 6 February 2013).

Indeed, Liberia will not make economic, political or social progress unless some of her   sons or daughters who have been educated, worked and lived abroad (especially in a developed country) are   allowed to become elected positions such as President, Vice President, members of the Liberian Senate and members of the House of Representatives, City Mayors, Paramount and Clan Chiefs.

The legendary United States leader, John Fitzgerald Kennedy, was correct when he wrote: “It is time for a new generation of leadership to cope with new problems and new opportunities.”  His words still ring true today in contemporary times. Liberia’s new generation of leaders need to address the issues and problems of Liberia from its historical perspective; especially leaders who appreciate and understand the history of the republic since its inception as a sovereign nation in 1847, using the lessons of history as a conduit to foster national development, unity and reconciliation.

Mr. Edmund Zar-Zar Bargblor is an Educator. He is a graduate of Cuttington University, Liberia; Howard University, Washington, D.C, and Israel Institute of Technology, Haifa, Israel. He is a former Deputy Managing Director of the National Port Authority of Liberia, NPA. He can be contacted at: [email protected]

Spread the love(Genesis 50:14 (NIV) …14 For God shall bring every END_OF_DOCUMENT_TOKEN_TO_BE_REPLACED

Previous Post The Missing Link of Liberia’s African Tradition: Where are the Visible legacies of African Traditional Royalties? By Edmund Zar-Zar Bargblor
Next Post “FOR US, WE SHALL SPEAK THE TRUTH, IF BULLETS TO OUR BREASTS”, Says Roland Tombekai Dempster By Elder Siahyonkron J. K. Nyanseor, Sr.