The Politics of State Robbery In Nigeria, By Chido Onumah 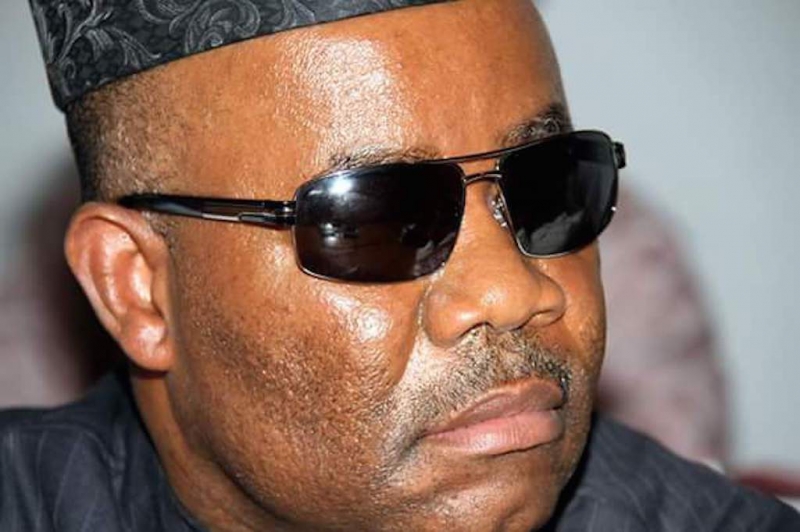 Late last month, as a section of the country awaited the triumphant return of James Ibori, an ex-governor of Delta State, who was jailed, incidentally, in the UK for his egregious looting of his state’s treasury while in office, the Nigerian media landscape was abuzz with stories about the mind-boggling salaries, allowances and other perquisites of office that elected officials and state functionaries in the country enjoy.

According to the report in Vanguard newspaper, forty-seven former governors from 21 states in the country, draw as much as N37.4 billion from the public treasury. There are twenty-one serving senators currently receiving pensions from government as ex-governors and deputy governors. There are also ministers in the current government who are receiving pensions as ex-governors. Of this group, Rotimi Amaechi, the minister of transportation stands out. I shall return to this. If you consider the fact that Nigerian senators and other elected officers are among the highest paid, if not the highest paid, in the world, then you can appreciate the outrage.

Of course, this story is not new. During the political transition two years ago, many state governors hurriedly signed or amended existing laws to give themselves fantastic pensions. Let’s take two examples: In 2014, Godswill Akpabio, now a “distinguished” senator, while leaving office as governor of Akwa Ibom State, passed the Governors and Deputy Governors Pension Law, which entitles a former governor and spouse in the state up to N100 million a year, and a former deputy governor and spouse up to N30 million, for medical treatment. If this is not slush fund, I don’t know what it is. You can be sure that whether Mr. Akpabio and his spouse are sick or not, they will pocket 100 million naira a year meant for their medical treatment. So, why would Mr. Akpabio, as governor, be interested in fixing the health sector in his state when he can rob the state to take care of himself and his family indefinitely?

The Lagos State Governor and Deputy Governor Pensions Law of 2007, endorsed by ex-governor Babatunde Fashola, now minister of power, works, and housing, is even more lucrative. It provides that a former governor is entitled to six new vehicles (three cars, two back-up cars and one pilot car) every three years and a house in Lagos and another in Abuja, the country’s most expensive housing markets. His deputy gets five vehicles every three years. They and their family members—you only need to invoke the governor’s name to qualify as a family member—are entitled to unlimited free medical services. Their pension will be the equivalent of 100 percent of the annual basic salaries of the incumbent governor and deputy.


There is no name for this other than robbery… This robbery unites our political elite, no matter their party, religious or ethnic affiliations. Once they are in power, they use the instrumentality of the state to feed fat, robbing their states and the nation at will, and covering up their crimes in the name of the law.

There is no name for this other than robbery. That it is sanctioned by the state makes it no less grievous than armed robbery. Of course, state robbery has no party affiliation. As it is for the ruling All Progressives Congress (APC) so it is for the opposition People’s Democratic Party (PDP). This robbery unites our political elite, no matter their party, religious or ethnic affiliations. Once they are in power, they use the instrumentality of the state to feed fat, robbing their states and the nation at will, and covering up their crimes in the name of the law.

Make no mistake, state robbery is not a new phenomenon in Nigeria. It dates to the period before independence when the political elite who opposed British colonialism saw themselves as heirs to the throne of the departing colonialists. Therefore, after independence, very little was done to shake off the feeling of entitlement and bridge the gap that existed between the rulers and the ruled.

The emergent rulers at independence didn’t see themselves as the representatives of the exploited and oppressed people of the newly independent nation but ordained successors and, therefore, entitled to all the British colonialists enjoyed, and more! That tradition has continued to the present. Essentially, what happened was that in the name of independence, the country replaced one form of oppression with another. But in exploiting Nigeria, even the colonial masters applied enlightened self-interest. They knew when to draw the line. They knew they had to keep the oppressed alive; not so their local successors.

I have given this background to show that we are currently up against a deeply ingrained worldview perpetuated by a mindless elite that feels it is God-sent and entitled to everything that the state can offer. Political office in Nigeria is essentially a feeding trough. While this robbery is going on, states refuse to pay salaries and pensions of citizens, some of whom put in thirty-five years of public service; infrastructure, where it exists, continues to decay at alarming rate because, thanks to corruption, it wasn’t built to standard.


All of us victims must rise in one voice to bring a quick end to this exploitative state. The mission of this generation of Nigerians is to continue the glorious struggle of their forebears, overthrow the current order, retire, and consign these vampires, posing as statesmen, to the garbage heap of history!


Back to Amaechi. He was speaker of the Rivers State House of Assembly from 1999 to 2007 and governor of Rivers State from 2007 to 2015. He most likely collected a sweet severance package as ex-speaker, that is, if he is not receiving outrageous pension. He is collecting a mouth-watering pension package as ex-governor and currently collects salary, allowances and other perks of office as “honourable” minister of transportation.

Of course, Amaechi is not alone. Take ex-president Goodluck Jonathan. Let’s ignore his public jobs as education inspector, lecturer, and environmental protection officer, before he was elected deputy governor of Bayelsa State in 1999. So, he is entitled to pension as deputy governor, governor, vice-president and president. It is probably the same for the incumbent president, Muhammadu Buhari. He is an ex-military administrator, ex-minister, ex-head of state, and retired general in the Nigerian Army. Same for David Mark, also an ex-military administrator, ex-minister, retired army general, ex-president of the Nigerian senate and still a sitting senator.

Relying on the law, as Bukola Saraki, president of the senate, wants us to do, these public officers are entitled to everything the state can offer. As one of the beneficiaries of this state-sanctioned robbery, Saraki told Vanguard, in response to public misgivings, that he could not act otherwise since he was acting within the provisions of the law. He said his “pension entitlements were being used for charity, especially for educational purposes, which he noted, have positively impacted the needy in his state”. So, in the name of pension and the law, you rob your state of money that ordinarily should have gone to education and you give back the money as charity. Quite ingenious!

Do we still wonder why Nigerian politics is a do or die affair or why a governor today is a minister or senator tomorrow? It is all about the politics of state robbery. In understanding the current decay, poverty and underdevelopment in Nigeria, the question we should ask is: what kind of system makes it possible for anyone to serve as governor for four or eight years and live a lifetime of luxury while citizens of his state wallow in penury? That system needs to be uprooted.

What is to be done? All of us victims must rise in one voice to bring a quick end to this exploitative state. The mission of this generation of Nigerians is to continue the glorious struggle of their forebears, overthrow the current order, retire, and consign these vampires, posing as statesmen, to the garbage heap of history!