Syria vows to defend itself as West edges to action 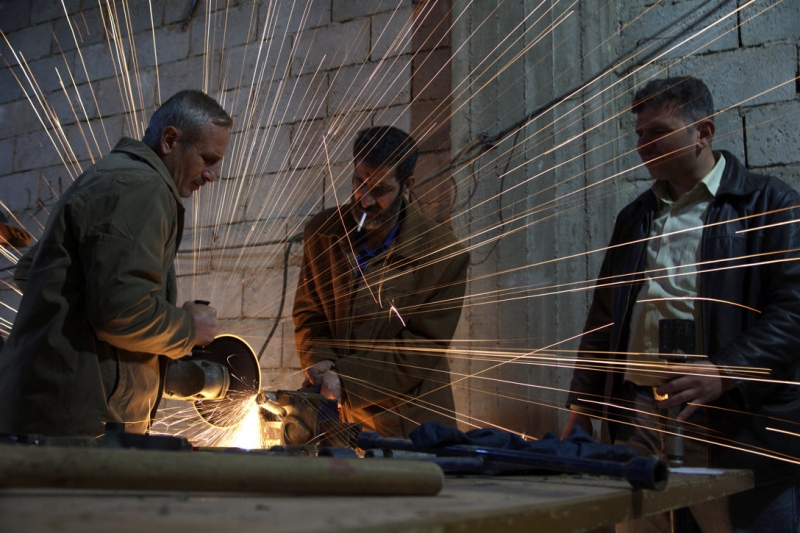 The US defence chief said Tuesday his forces are ready to launch strikes against the Syrian regime over alleged chemical attacks, amid growing Western and Arab calls for action.

Syria vowed defiantly to defend itself against any attack with "surprise" measures, while its close ally Russia warned that any use of force would have "catastrophic consequences" in the region.

Speaking in Brunei, US Defence Secretary Chuck Hagel said the military was prepared to act once President Barack Obama gave the order.

"We are prepared. We have moved assets in place to be able to fulfil and comply with whatever option the president wishes to take," he said.

In Paris, French President Francois Hollande said his country was "ready to punish" those behind the alleged chemical attacks which the opposition claims killed hundreds in Damascus suburbs last week.

The regime vehemently denies those charges and has in turn blamed the rebels.

Britain, meanwhile, said its armed forces were drawing up contingency plans for action in Syria, and Prime Minister David Cameron has recalled parliament from its summer break to debate the crisis.

He had said in remarks published on Monday that Turkey, a NATO member that borders Syria, would join an international coalition against it even if the UN Security Council failed to reach a consensus.

Russian President Vladimir Putin, whose country has provided Syria's regime with diplomatic cover by blocking Security Council action, was unimpressed by what the West has called mounting evidence of an atrocity.

A U.N. chemical weapons expert gathers evidence at one of the sites of an alleged poison gas attack  …

He told Cameron on Monday there was no proof Damascus had used chemical weapons, the British premier's office said.

Russian Foreign Minister Sergei Lavrov has said Moscow would not get involved in any military conflict, and it has warned that intervention would have "catastrophic consequences" for the volatile Middle East.

Nevertheless, senior military officers from Western and Muslim countries met in Jordan to discuss the regional impact of the war in Syria, wrapping up a two-day meeting on Tuesday.

Saudi Foreign Minister Prince Saud al-Faisal said "the situation calls for a firm and serious attitude to put an end to the human tragedy of the Syrian people."

And permanent representatives of the 22-member Arab League meeting in Cairo said the Assad regime bore the "entire responsibility" for the August 21 attacks.

An official of the opposition Syrian National Coalition said it expects a Western military intervention within days and has been consulted over targets.

"It's a question of days and not weeks," said Ahmad Ramadan, adding that "there have been meetings between the Coalition, the (rebel) Free Syrian Army and allied countries during which possible targets have been discussed."

They included airports, military bases and arms depots, he said.

During a defiant news conference, Syria Foreign Minister Walid Muallem said Damascus would defend itself against any strikes.

"We have two options: either to surrender, or to defend ourselves with the means at our disposal," he said.

"The second choice is the best: we will defend ourselves."

Muallem said Syria had capabilities that would "surprise" the world, and warned that any military action against it would serve the interests of Israel and Al-Qaeda.

"The State of Israel is prepared for every scenario," he said following consultations on the crisis. "We are not part of the civil war in Syria, but if we detect any attempt to hurt us, we will react, and react fiercely."

They had been due to make a second visit to the sites on Tuesday, but Muallem said the mission had been put off because rebels failed to guarantee their security. That was confirmed by the United Nations.

The UN convoy had come under sniper fire on Monday as it tried to approach a suburb where a chemical attack apparently took place, but managed to interview victims receiving treatment in two nearby hospitals.

Spread the loveBuhari’ government through the ministry of finance took END_OF_DOCUMENT_TOKEN_TO_BE_REPLACED