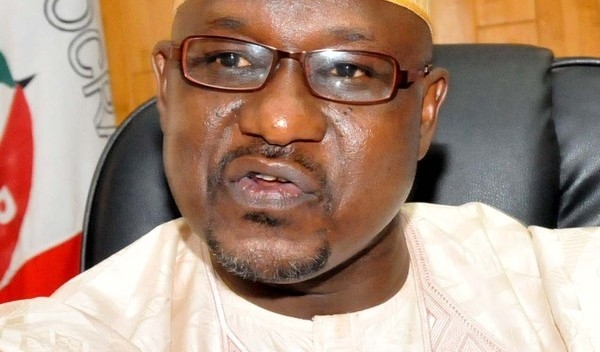 No reason was given for the removal of Mr. Gulak, a man well known for complementing another presidential aide, Doyin Okupe, in launching verbal attacks on critics and opponents of President Jonathan.

However, Mr. Abati, in a statement posted via his twitter handle @abati1990, quoted President Jonathan as thanking Mr. Gulak for his services to the present administration and wishing him success in his future endeavors”.

“A replacement for Alhaji Gulak will be announced in due course,” Mr. Abati said.

PREMIUM TIMES could not immediately ascertain why the presidential adviser was fired.

But Mr. Gulak recently got into a bitter political fight with Akwa Ibom state Governor, Godswill Akpabio, as well as the state chapter of the Peoples Democratic Party.

At the end of a recent party meeting in Uyo, the Akwa Ibom state capital, Mr. Akpabio and the state executive of the party criticised Mr. Gulak’s visit “to inaugurate a sectional and unknown Support Group in favour of our dear President without bothering to pay any courtesies to the state leadership of the party.”

In November 2013, Mr. Gulak threatened to resign if Mr. Jonathan failed to make himself available for the forthcoming 2015 election.

He claimed at the time that there was no alternative to Mr. Jonathan in 2015 as far as the Nigerian presidency is concerned.

A PREMIUM TIMES investigation had in 2013 listed Mr. Gulak among a growing list of Nigerian business and political elites who ran or still run secret offshore companies and accounts where they either hide their wealth to evade taxes, launder money or commit fraud.

Mr. Gulak, who dealt in the supply of fast boats, radial systems and naval communication equipment as well as military hardware to the Nigerian government, was linked to Erojim, a secret shell company in the British Virgin Islands, one of the world’s most notorious tax havens.

Taking advantage of the loose laws in several jurisdictions, shell companies like Mr. Gulak’s are easy to form and owners can remain anonymous while using nominee directors as fronts and deploying the corporations to hide ill-gotten assets, launder funds, dodge litigations or evade tax.

The sacked presidential adviser declined to respond to the allegation at the time, and the Nigerian government failed to open an investigation.

Mr. Gulak, a lawyer and former lawmaker in Nigeria’s Northeast state of Adamawa, was one of President Jonathan’s closest aides, having worked as director of mobilization in the campaign that returned the president to power in 2011.