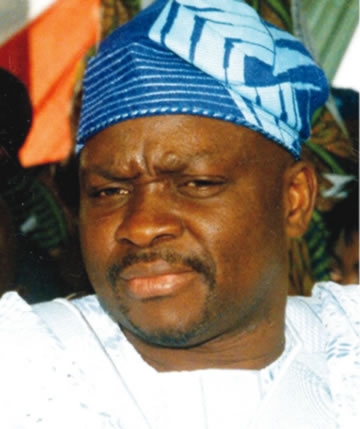 The governorship candidate of the Peoples Democratic Party (PDP) in Ekiti State, Mr. Ayo Fayose, yesterday distributed over 30, 000 bags of rice to students, market women and workers in the 16 council areas of the state.


Over 6,000 Students of the Ekiti State University, Ado Ekiti (EKSU) yesterday scrambled to benefit from free food items and N2, 000 cash, distributed to them by Fayose.


The students had besieged the Spotless Hotel in GRA , Onigari as early as 6am following radio announcement by Ayo Fayose Campaign Organisation that the PDP flag bearer will be supporting the students with a bag of rice each and N2,000 to be able to sustain them till June 21 governorship poll.


The management of EKSU had on June 9, closed down the University and asked the students to return home in preparation towards the next week governorship election.


Addressing the highly elated students, who sang his praises, the PDP flag bearer, said the gesture was borne out of the passion he has for students in the state, assuring that he would slash their school fees from N100, 000 being paid presently to affordable rate if elected governor.

Fayose, however, clarified that only students with the School Identity cards and voters’ cards will be eligible to benefit from the gesture.


“The outgoing Governor Kayode Fayemi closed down the school so that you won’t be able to exercise your franchise rights, but I am ready to support you.
“This gesture is to ensure that you stay till the day of election in Ado Ekiti and cast your votes for me.


“Your votes for me is very essential so that I will be able to reduce your school fees and stop the era of no school fees, no examinations in EKSU”, Fayose said.
Pledging that his administration would ensure speedy revival of the dwindling fortunes of education in the State, Fayose expressed disgust with the level of decadence and highhandedness that have crept into the State owned Ivory tower.

Spread the loveBy now, most people have read the story END_OF_DOCUMENT_TOKEN_TO_BE_REPLACED

Previous Post Ex-Edo Governor, Oyegun, emerges new APC Chairman- Premiumtimes
Next Post Osoba on his way out APC to political irrelevance leaving the future of his son in APC hanging.