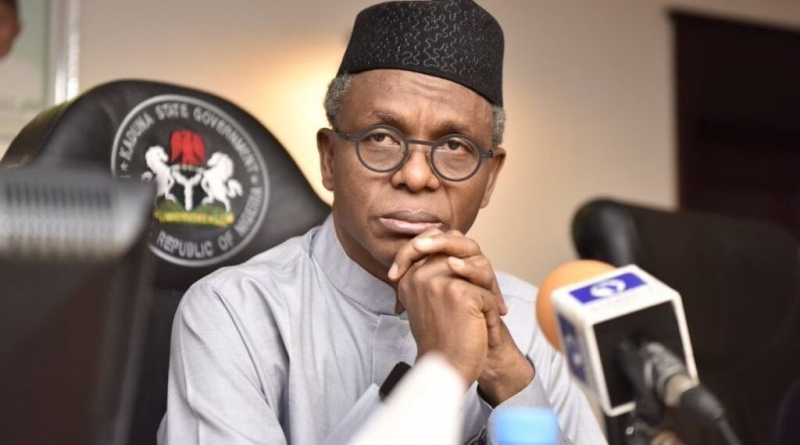 The attention of the Southern Kaduna Peoples Union (SOKAPU) has been drawn to a report credited to Governor Nasir Ahmad el-Rufai over alleged killings of 66 Fulani in Kajuru Local Government Area. We are at a loss as to the real motive behind the governor’s disclosure, made public less than 24 hours before the commencement of national polls that were postponed by the Independent National Electoral Commission (INEC). We are of the view that el-Rufai’s comments over the Kajuru killings were deliberately orchestrated to inflame ethnic and religious sentiments to produce yet another cycle of bloodshed.

“SOKAPU has reached out to the various community leaders in Kajuru, including officials of the Adara Nation to ascertain what actually happened.  On Sunday, February 10, 2019, the Adara natives residing in Ungwar Barde in Kufana District of Kajuru Local Government Area came under attack by gunmen suspected to be herdsmen. The attack lasted from 10pm of Sunday to 4am of Monday February 11, 2019. By the time the merchants of deaths and destructions were through with their mission, no fewer than 11 lives, including a pregnant woman, were lost. Scores of victims of the attack on Ungwar Barde sustained injuries, with some of them presently receiving treatment at some health facilities in the state capital. We have been informed that the attackers, seven of them in number, were arrested by a team of policemen. Sadly, not a statement was issued by el-Rufai over that gruesome attack on Ungwan Barde.

“Following the Sunday attack on Ungwan Barde, residents of Ungwan Busa and Doruwa located in Kajuru LGA deserted their villages for safety. Presently, the District Head of Kufana and four of his village heads, on the directive the governor, have been summoned to Kaduna and ordered to produce persons behind ‘reprisal attacks’. However, the monarchs have told their interrogators that they are unaware of any ‘reprisal attacks’ and, therefore, unable to identify persons behind such attacks. Apart from the 11 corpses of Adara natives that were killed during the Sunday attack, the community leaders have denied knowledge of any attack.

“Arising from the above, SOKAPU is shocked at the deliberate falsehood by el-Rufai who found it convenient not to inform the world of an earlier attack that claimed the lives of 11 Adara natives. SOKAPU is convinced that Governor el-Rufai is on an irrevocable journey of inflaming ethnic conflagration that has always been in line with his deliberate chronicle of profiling Southern Kaduna people as favourably disposed to violence.”

The group berated el-Rufai for deliberate attempt to incite violence and called on the Police and the Department of State Service (DSS) to carry out independent investigation and “tell the world the truth”.

The statement continued: “We wish to inform Nigerians and the world that it has always been in the character of the governor to promote violence through spreading hate speech for the advancement of his waning political survival.  If the governor, who was aware that Adara natives were killed on Sunday, neglected to come public, then Nigerians and the world  are well placed to understand the nebulous and evil motives of el-Rufai who once shocked Nigerians on national television that he had paid whopping sums of money to foreign herdsmen involved in attacking communities in Southern Kaduna.

“SOKAPU is calling on the Inspector General of Police and the Director of Department of State Service (DSS) to carry out an independent investigation and tell the world the truth of what actually happened in Kajuru. We are startled that it was the governor and not the police that announced the alleged killings in Kajuru. Let Nigerians and the world know that, should there be any breakdown of law and order in Kaduna State, Governor el-Rufai should be held responsible.

“We wish to appeal to Kaduna State people to remain calm and not react to any form of provocation, including the current attempt to incite ethnic and religious brushfire. We call on our people, comprising diverse ethnic members of various religious persuasions, to be steadfast in our collective resolve to stand together and not allow ourselves to be divided by this divisive governor. We call on men and women of good conscience to condemn el-Rufai’s dastardly antics as he attempts to goad our state down the slippery slope of yet another round of unprecedented crisis.”

Please read our Petition against Buhari by clicking on these texts

Previous Post Beware of Praise Singers and Flatteries: And Abstain from KoKo and MeSee Practice By Elder Siahyonkron J. K. Nyanseor, Sr.
Next Post Buhari will return to Aso Rock for another 4 years- AfricanOrbit