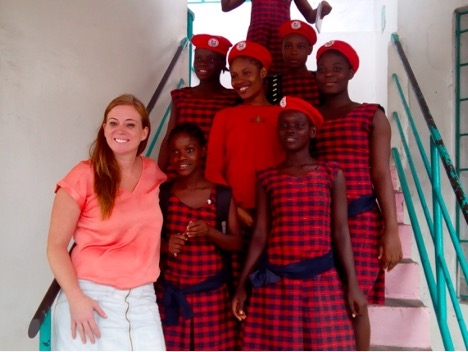 Revelations about systematic rape of girls in an NGO-run school

in Liberia reveal just how wrong charity work can go

Released last week to howls of outrage, ProPublica's Unprotected is a chilling expose about a rotten and unaccountable international charity industry. In particular, it peels away the shroud of secrecy around an American NGO, More Than Me (MTM), whose white American cofounder gallivanted around the globe for years raising millions of dollars for an academy she founded in Liberia's capital, Monrovia, while her Liberian partner repeatedly raped young female recruits.

In the ProPublica feature, Liberian nurse Iris Martor – a former employee of MTM who first exposed the abuse – sums up profoundly why founder Katie Meyler, her largely white American board, legion of inexperienced and underqualified teachers and administrators shielded themselves from blame: "They think we (Liberians) are all stupid people with little or no education, and our system is fragile, and they can get away with things because their skin is white …That is what Katie feels. But it is not true."

Indeed, Unprotected reveals our warped tendencies to glorify foreigners for swooping into poor countries under the guise of doing good. More Than Me – what I prefer to call "All About Me" because of the founder's narcissism – is the quintessential story of humanitarianism gone wrong.

Back in 2007, when I was in my mid-20s, I'd met Meyler and others like her after moving back home – to Liberia – to work for our government. She struck me as awkward and altogether benign, a small fish in a larger pond of dubious foreign evangelicals, aid workers, consultants, and high-level development bureaucrats. However, Unprotected hones in on how the white saviour complex can spin outrageously out of control.

Anyone who exploits a country, its people and their suffering to build their celebrity, increase their funding streams, or quadruple their social media followers is pathological. They should be publicly discredited, but instead, we hoisted Meyler up. She clearly lacked the capacity and integrity to work in Liberia but that did not deter former president Ellen Johnson Sirleaf from giving her

an abandoned government building for the MTM Academy. It did not stop this same president – who has now become an undeserved poster child for protecting the rights of women and girls – from proclaiming at the academy's opening in September 2013 that Meyler's model should be replicated across Liberia.

That Meyler's Liberian cofounder and former lover MacIntosh Johnson had died of HIV while in jail facing abuse charges in 2014 did not deter our then-Minister of Education George Werner, from publicly endorsing her efforts. It did not stop him from further recruiting her for a misguided pilot to privatise government-run schools without consulting Liberian educators or sector experts. What qualified Meyler to run a number of "partnership" institutions is anyone's guess.

The rumour mill was rife with unsavoury stories about More Than Me, yet Meyler continued to collect accolades including a "Time Person of the Year" designation in 2014. When an anonymous letter smearing the organisation and its founder for her complicity in the abuse spread like wildfire in November 2016, I asked a number of Liberian female journalists to investigate the allegations, but no one did.

Frustrated, I approached a former MTM board member and he corroborated the negligence of the MTM leadership. When I asked 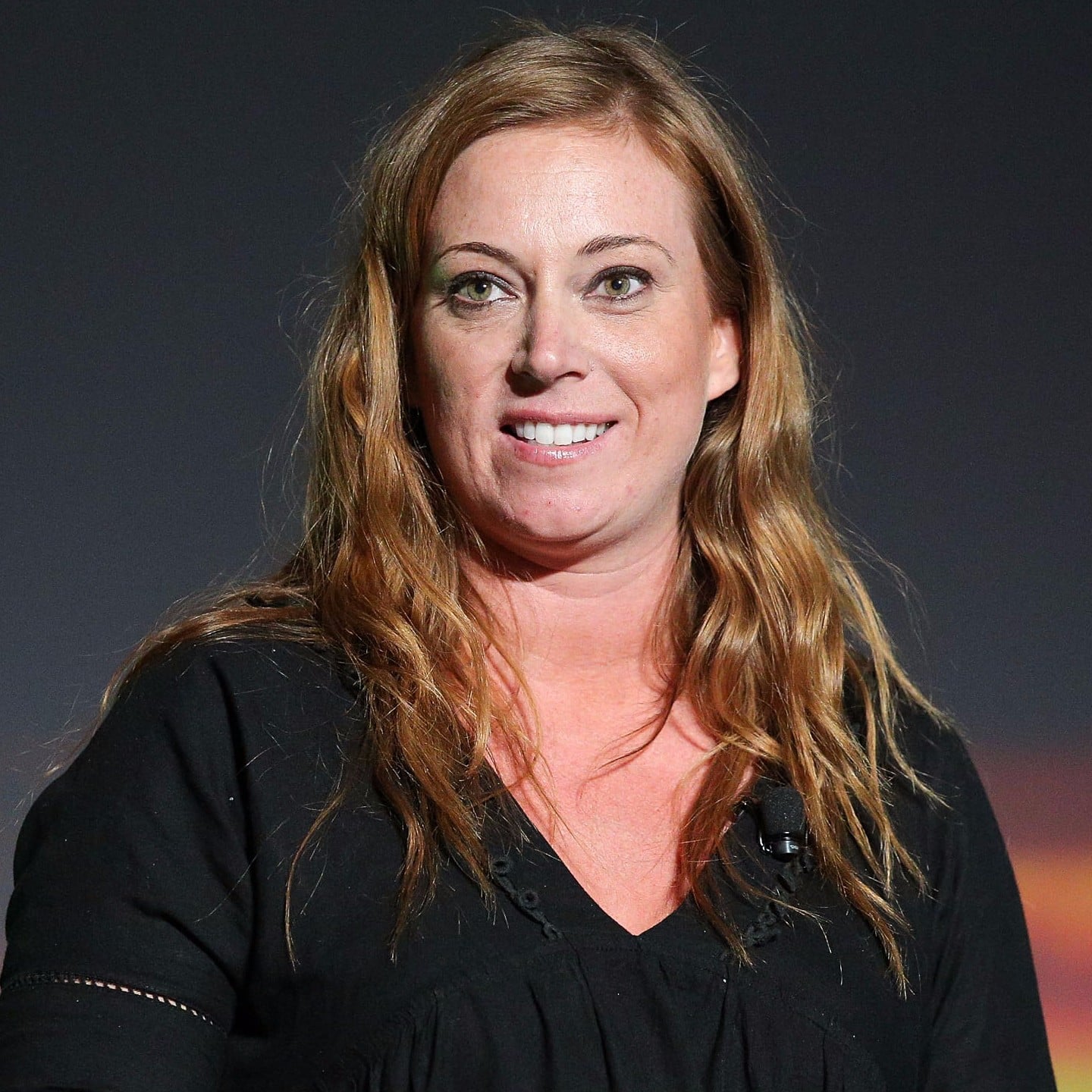 why nothing had been done to unmask the organisation and its founder, he lamented that our systems of accountability in Liberia were too weak.

In hindsight, I suppose I could have been my usual relentless self. I could have gotten off my comfortable perch in London, flown back to Monrovia, and demanded that former government and civil society colleagues look into the matter. But I did not, and for that, I shoulder some responsibility. We all do.

That it took a white British male journalist to break this story when so many of us suspected or knew something had gone awry is deeply troubling. That we Liberians watched this charade in horrified silence and did nothing about it is especially shameful.

A lot can be said about the failures of More Than Me and its reckless founder. However, Meyler is a symptom of something much more sinister. The biggest disappointment rests with us, Liberians, who neglected to protect the academy's students from one of our own. We must accept this child rape saga as emblematic of our deeper, societal pathologies. Pathologies of secrecy, paedophilia and impunity. Pathologies of constantly looking outside of ourselves for solutions. Of pandering to clueless foreigners.

The Liberian colloquial phrase "small shame better than big shame" is so apt here. We must not allow a big shame – doing nothing about the culture of rape – from trumping our small shame – fuelling the MTM machinery. We must huddle around the survivors of MTM's abuse – and others like them across the country – by enveloping them in a cocoon of support, love and protection. For those who contracted HIV and other STIs from Johnson, we must ensure that they receive regular medical attention. All the girls should be entitled to psychosocial counselling, fully funded scholarships, and a safe space to live and thrive.

Given that MTM's sex abuse has been so thoroughly exposed, the government of Liberia must strengthen institutions that monitor sexual and gender-based violence across Liberia by infusing them with funding and trained personnel. More generally, we must rein in non-profit organisations operating in Liberia – be they foreign or local – by making them accountable. A once championed NGO Policy should ensure that their activities, funding streams, and impact are monitored by and reported to the

Ministry of Finance and Development Planning.

We must swiftly ban More Than Me and revoke its NGO accreditation. We must expel Meyler, launch a criminal investigation of her and her board, and turn over MTM-operated schools to reputable Liberian educators. Meyler must be publicly shamed and stripped of her awards/recognition. Foreign donors who bankrolled MTM should empty its coffers, channelling the millions of dollars into more worthy Liberian-run initiatives, like Brenda Brewer Moore's Kids Educational Engagement Project (KEEP).

The More Than Me saga is a glaring reminder that Liberia could do without no good foreign 'do-gooders' who do more harm than good. More importantly, it compels Liberians to take full responsibility for this debacle and ensure that it never happens again.

First published in the October 14, 2018 edition of Al Jazeera; and culled with permition from the Dr. Robtel Neajai Pailey.

About The Author: Dr. Robtel Neajai Pailey is a Liberian academic, activist and author of the critically acclaimed anti-corruption children’s book, Gbagba.  With over a decade of combined professional experiences in Africa, Europe and North America, she has worked across a broad range of fields supporting universities, governments, NGOs, media institutions, regional and multilateral organisations. Robtel’s core areas of research expertise include migration, development, citizenship, diasporas, transnationalism, conflict, post-war recovery, governance, and the political economy of aid, trade and remittances. An increasingly sought after thought leader and public scholar, she has provided expert commentary for radio, television, print and online media across the globe. In 2015, Robtel was listed by the Financial Times as one of ‘25 Africans to Watch’. She also has a personal website with publications, media engagements and other information. She can be reached at: [email protected]

Previous Post America is great because of immigrants! By Elder Siahyonkron J. K. Nyanseor, Sr.
Next Post Closure of Nigerian Owned Shops in Ghana: Did Ghanaian Authorities Cross the Threshold of The Spirit of The Protocol of ECOWAS? By Edmund Zar-Zar Bargblor