The Satanic Trinity Of El-Rufai, His Son, And His Wife By Reno Omokri 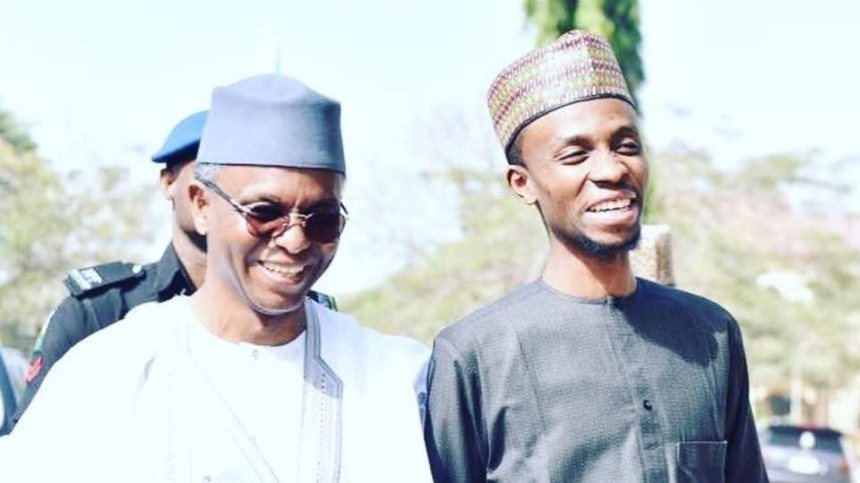 When I look at the first family of Kaduna state, I am appalled that people of such pedigree can be called Your Excellency. What is excellent about Nasir El-Rufai and his family? It is more accurate to refer to them as Your Repugnancy!

The family is a picture of a satanic Trinity.

Imagine if I had made such a sacrilegious ‘joke’ about prophet Mohammed (SAW), and Khadija (Mother of the believers). Nigeria would have burned. Lives would have been lost. Properties would have been destroyed. And myself? Well, let us say that Salman Rushdie and I would have become colleagues for something else apart from just being authors.

Nasir El-Rufai cannot deny that, like his son, he has such tendencies. I still have an email he sent to me in which Southern women were described as “whores”. If he sues me, I will provide the email in court. El-Rufai knows me. I am a meticulous record keeper. 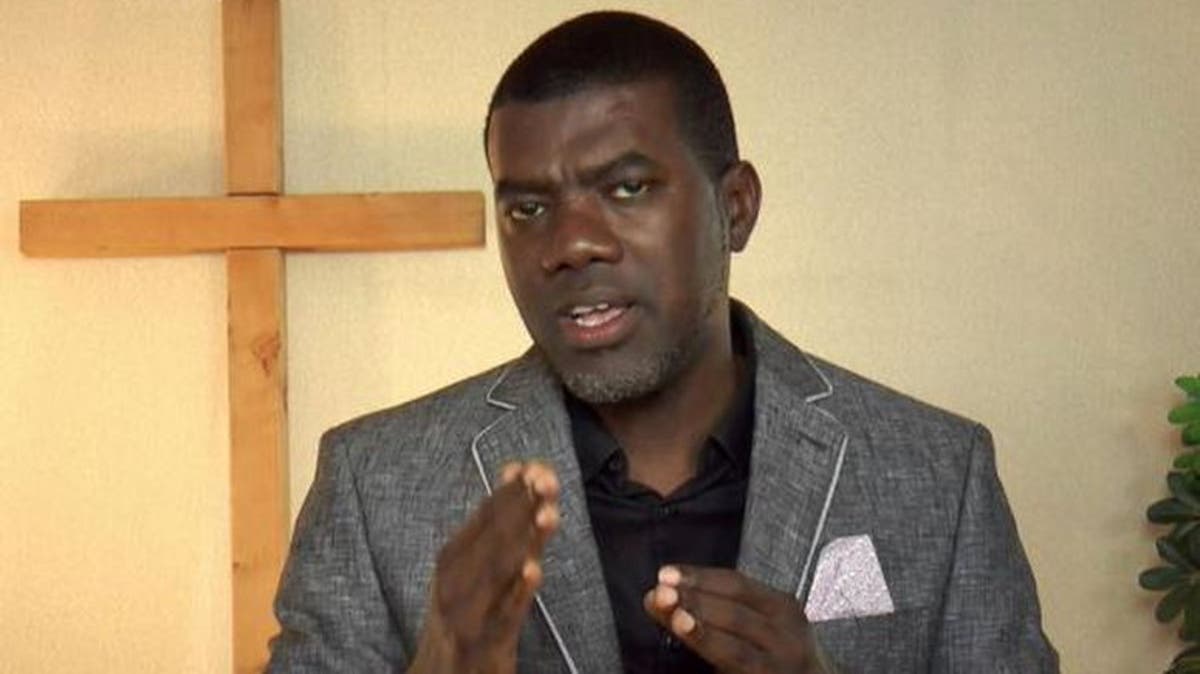 Looking at his son’s behaviour, it is evident that the apple did not fall far from the tree. This is not even the first time a younger El-Rufai publicly exhibited bigotry against the Igbos.

“A segment of a nation undertook a coup and killed other regional leaders with so much disrespect & expected peace and acquiescence thereafter. Then attempt to make history solely define it as revenge when same was done to them. It was revenge & it was sweet. The North remembers.”

Let me just say that if Nasir El-Rufai ever becomes Nigeria’s President, what the Igbo nation is suffering under General Buhari will be child’s play. Under Buhari, at least it is 97% versus 5%. Under an El-Rufai, it will be 100% versus 0%!

This is, after all, a man who publicly threatened Nigerian soldiers of revenge if they as much kill a single herdsman in defence of innocent and helpless Nigerian citizens in Plateau. If you feel Femi Adesina’s “giving land for ranching is better than death” is bad, pray not to be in Nigeria if El-Rufai schemes his way to the Presidency.

And do not kid yourself. With the death of Nasir El-Rufai’s kill and take the head of the enemy, Abba Kyari, the possibility of an El-Rufai Presidency is more likely. The hatred Nigerians have for Kyari blinded the nation to the fact that El-Rufai condoled with Buhari, not with Kyari’s family!

Nigerians do not know how Machiavellian Nasir El-Rufai is. This is a man who openly celebrated on May 6, 2010 when it became known that former President Umaru Musa Yar’adua had died. Once you are El-Rufai’s real or imagined enemy, even death cannot save you from his vitriol.

To all those who would like to rush to El-Rufai’s defence when he and his family are being exposed as the Igbo hating horde that they are, I refer you to Oby Ezekwesili. When they have finished using you, they will publicly expose you as a ‘beggar with receipt’!

Before El-Rufai’s son can be bold enough to publicly insult Oby Ezekwesili as a ‘beggar with receipt’ think about the evidence they may have in the form of receipts, photographs, BVN transactions, and possibly CCTV footage, à la Farouk Lawan and Femi Otedola cap banking. Why do you think the notoriously garrulous Oby has been so quiet since that revelation?

And to those foolish enough to think that the Igbo hatred of the El-Rufai clan does not concern them because they are not Igbo, I have got news for you: The fellow whose mother the young man threatened to gang rape is not Igbo. In their eyes, anyone from the Southeast/SouthSouth and certain sections of the Middle Belt is Igbo! Nigeria needs true federalism to protect minorities from the likes of the El-Rufai clan.

What Audu Maikori was accused of doing (which he did erroneously, and apologised for it when he realised the truth) is not up to what the El-Rufai clan have done. Yet, Audu was charged to court by the same people who supported the hate speech law, while spewing hate speech against Igbos! 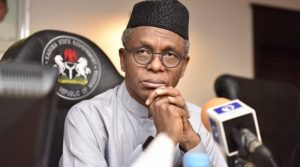 Nigerians do not seem to understand the mentality of this clan. They actually believe as the mother said, that “all is fair in love and war”. Their level of Machiavellian calculation is so well-honed. To them, the end justifies the means.

Rules? Are you joking? Do you expect a man who admitted to giving money to herdsmen to get them to stop killing Kaduna people to play by the rules? Have you not heard that if you must dine with the devil, you should use a very long spoon? I take that back. There is no spoon on Earth long enough to dine with El-Rufai.

I saw one of El-Rufai’s Igbo acolytes tweeting that El-Rufai and his family are not anti-Igbo and that if El-Rufai comes to power, he will help Ndi’Igbo. I laughed! That ‘help’ will be like Chinese doctors that came to help Nigeria, only for Corona Virus deaths to increase!

To any Igbo who, like Oby Ezekwesili, is foolish enough to sabotage the aspirations of their people for characters like El-Rufai, I recommend Joe Igbokwe to you. After they have used you to rubbish your people, they will give you SA on Gutter Matters, and you will slowly fade away into the sewers of obscurity. Shame will make you pretend that you enjoy the job. Meanwhile, even their children will laugh at you at your back, and to your face, they will hold their nose to block out the gutter smell emanating from your SA official car!

It is better to be an Ebitu Ukiwe, than a bootlicker like Oby Ezekwesili, Rotimi Amaechi, Joe Igbokwe, Osita Okechukwu and their ilk. Ebitu chose to step aside rather than take ** from Abacha! It is better to fall like a man than stand up as a slave!

Nigeria cannot stand another term of Buhari-like maladministration, and that is what will happen if the man who calls himself magajin Buhari ever gets to power. The scheming is real, and Nasir El-Rufai is a man you underestimate at your peril.

If he and his family can be so full of themselves, so arrogant, so brazen in their bigotry and tribalism, and so in your face about their lack of concern for the feelings of certain sections of the nation, when they are not yet at Aso Rock, then imagine what they will be like if they ever smell Presidential power?

I shudder at the thought. Ruga, cattle colony, brazen Northernisation, and the finishing of the “revenge”, which his son, Bashir, described as “sweet”, will be the order of the day. And when we all complain, the third person of their evil Trinity will be there to tell us that “all is fair in love and war”. A war that we thought ended on January 15, 1970, but which still goes on in the minds of the El-Rufais.

The main difference between General Buhari and Nasir El-Rufai, is that one of them is often short of words, while the other is regularly short in height. Other than that, there is no significant difference between the two of them. Sorrow, tears and blood follows one, just as much as it follows the other. May God not allow us to have another term of such human beings beyond 2023. In Christ’s Name I pray!

Spread the love  “Life’s most persistent and urgent question is, END_OF_DOCUMENT_TOKEN_TO_BE_REPLACED