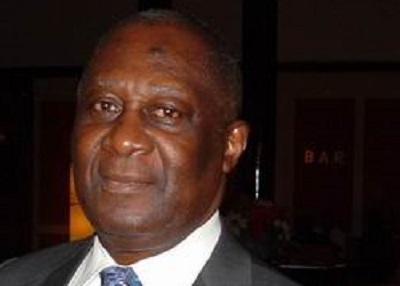 "The attention of the Southern and Middle Belt Leaders has been drawn to a statement by the Presidency through Mallam Garuba  Shehu on the contentious issue of Ruga settlements for Fulani herdsmen across the country.

"While most of the statement was full of sound fury signifying nothing, we are particularly interested in two claims in the statement. It is true that government at the centre has gazetted lands in all states of the federation but because the idea is not to force this programme on anyone, the government has limited the take-off to the dozen states with valid requests.

"We are interested in having the gazette number and its content as we know per the constitution and laws of the country that all lands in each state of the federation is vested in the governor. In what capacity and with which authority did the federal government gazette lands in all states of Nigeria?

"This Freudian slip from the Presidency signposts a dangerous sign of deployment of federal might to overawe the federating units in a desperate bid to promote the interest of one ethnic group over those of over 350 other ethnic nationalities across Nigeria.

"We must say that we find laughable the admonition to state governors by the Presidency though we are dealing with an unfolding tragedy.

“We urge states to join the federal government at the centre (sic) in encouraging all sides to these conflicts to make efforts towards finding a peaceful resolution. As we seek a permanent solution to these unwanted conflicts, efforts must be made to ensure that no innocent person faces any kind of deprivation or loss of right and freedom under our laws.

"The presidency claims to have found peaceful resolution to the Fulani herdsmen terror on farmers (cheekily dubbed farmers-herders conflict) but is only allegedly offering money to the herdsmen and now looking for territories for them all over the country.

"What have they offered the farmers? Nothing! A government that wants to force violent herders on harmless communities now talk of not suffering any kind of  'deprivation' and 'loss of right and freedom'. What better recipe for non-Fulani communities to suffer these than the Ruga recipe?

"Lastly, we hope the Buhari Presidency knows the message it is sending to other groups in Nigeria with its pampering of marauding  herdsmen: only the violent get it by force."

Previous Post Buhari’ Anti-Drug Czar’ Comment , Balkanization of Nigeria and the birth of WAMIBIA – Abiodun Egunjobi
Next Post Defend Yourselves, Ohanaeze Advises the Igbo People in the Northern Nigeria As Northern Groups Give Buhari 30-day Ultimatum on RUGA