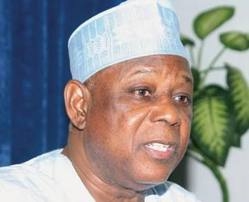 Nigeria’s newly appointed defence minister, Aliyu Gusau, who was sworn in to the post last week, has not stepped down, the government said Wednesday, in response to intense speculation the retired army general has resigned.

Reuben Abati, a spokesperson for President Goodluck Jonathan said reports that Mr. Gusau had left office after an altercation between him and military commanders, were “false”.

Mr. Gusau did not attend Wednesday’s weekly cabinet meeting a development cited as the most ostensible indication he has quit the cabinet.

“It is not true that he has resigned,” Mr. Abati told PREMIUM TIMES in a short telephone interview.

When asked why Mr. Gusau was not at today’s meeting of the Federal Executive Council, the presidential spokesperson said, “He has flu.”

Mr. Gusau himself is yet to deny that he resigned or that he had an altercation with the service chiefs.

He did not answer or return repeated calls made to him by this newspaper. He is also yet to reply a text message sent to his mobile telephone.

Spread the loveBy now, most people have read the story END_OF_DOCUMENT_TOKEN_TO_BE_REPLACED