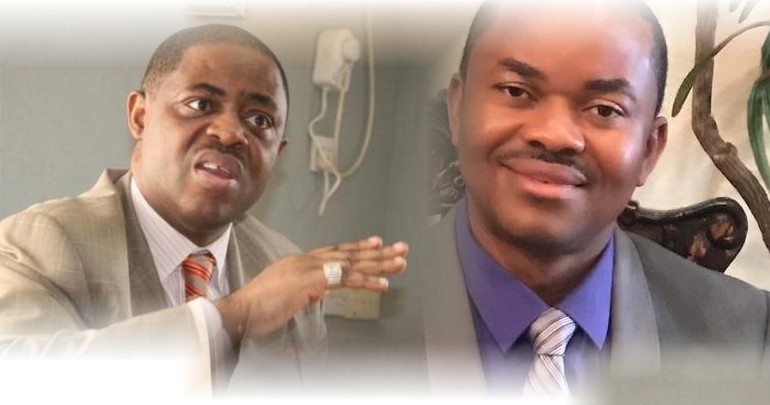 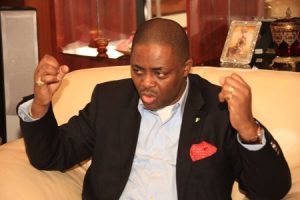 “Simply put the Illuminati and the agents of Satan are at work. The whole thing was planned and contrived over the centuries and they are firmly on course. They are trying to destroy us all and establish a new world order in the name of Lucifer and place us under the rulership of Beelzebub and the Prince of Darkness. Coronavirus or “Covid-19” is part and parcel of that unholy and evil agenda. It is a ravenous beast and an unrelenting, evil plague. It is a demonic spirit that they cultivated and manufactured through the introduction and usage of 5G and that they invoked from the pit of hell.”

The above is an excerpt from an article published in the Sahara Reporters titled  “COVID-19 And Mark Of The Beast” written by Femi Fani-Kayode and dated  April 1,2020.

FFK was gracious enough to let us in into the source of his privileged information. Turns out it came mostly from the teachings and revelations of a man known as David Icke. Mr. Icke is a well known British conspiracy theorist whose work he acknowledged to have been reading for many years. Just to be clear, Femi is asking us to ditch science and listen to someone that once described how he visited a psychic and was told how he was placed on earth for a purpose and so would be getting direct  messages from the spiritual realm.

In another related development, I came across another message trending in Facebook few days ago. A certain faceless Dr.Didier Rault warned Africans not to accept Bill Gates Covid-19 vaccine. The said doctor cautioned that the vaccine contains poison which Westerners plan to use against us. Anyone that paid even a little attention to the news would have had a good laugh at the incredulity of such a baseless claim knowing fully well that no Covid-19 vaccine exist at the moment. You begin to wonder if they were referring to the same Bill Gates who through the help of his foundation was able to help Africa survive the rampage of HIV. They want to convince us that Mr.Gates is now making a vaccine with a purpose to kill all of us. As arsinie as that sounds, you would be baffled to find out that a good number of supposedly educated folks bought into this theory and did in fact participate in the “like and share” of that article. They never stopped for once to question how that could possibly be true before joining in such a malicious disinformation campaign. 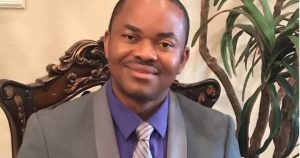 Covid-19 is a rampaging monster that has brought every nation to its knee. Even the advanced nations of the West with the best technologies and healthcare systems have been up to this moment unsuccessful in taming the deadly virus. Should Africa with her poor health infrastructure face the kind of onslaught that is currently seen in Europe and America, the death toll is predicted to be well into the millions. With no cure yet in the horizon, the only hope is that a vaccine becomes available in the nearest future. That’s why the rich countries of the world are pumping billions into cutting edge medical research to come up with an effective vaccine to immunize against this ailment. A vaccine that if you ask me stands to benefit Africa more than any other continent of the world.

Femi Fani-Kayode is not your average Joe. This alumnus of the University of London and Cambridge school of law was also a two-time minister of the Federal Republic. He is a lawyer, an essayist and a poet. Femi also happens to be the son of Adetokunboh Fani-Kayode, the man credited to have successfully moved the motion for Nigeria’s  independence in 1958. Lately, he has positioned himself as a leading voice in the fight against Northern Oligarchs and with that has built up some following in the Southeast especially among members of IPOB, the Biafra separatist group.

When Uncle Femi sits down to pen his thoughts, you have to believe that this erudite fellow has the facts on his side and that he might have carefully weighed the implication of whatever comes out of his mouth. It’s inconceivable that in the said article, our learned friend without any iota of proof pulled no stops in making such a reckless , utterly baseless and frankly dangerous claim. His advice is that when finally the Covid-19 vaccine becomes available, we should stay away because it’s from Satan and the Illuminati. They are mearnt to kill all of us in their quest to dominate the world. To him, the solid facts of science cannot measure up with the devine revelation available to him as a committed disciple of David Icke and his school of conspiracy theories.

We have also heard of certain religious figures touting supernatural powers to cure the virus. Some pastors and politicians in Africa have even continued to deny its existence and tried to convince their followers not worry because its just one of those Western hoax. They spread half-truths, anecdotes and outright lies. In the end they end up confusing the uninformed and sowing the seed of cynicism where science and everything else in the universe become suspect. The dangerous implication of what he is doing is that if and when this badly needed vaccine becomes available , many who would have listened to his sermon and would refuse to be vaccinated thereby putting all of at more risk. You can now see why one cannot afford to ignore Uncle Femi even when he spews gibberish.

Being a physician at the forefront of the fight against this deadly virus, the anger and disappointment is unfathomable. Our generation may be too young to have experienced the devastating effect of such crippling disease like Polio before the vaccine became available. Today, the disease now belongs mostly in the history books. Its already a hard job trying to convince anti-vaxxers about the safety and efficacy of a vaccine , now we have to go a step further to explain why it’s not a biological weapon sent by Satan and the Illuminati. No thanks to FFK and his ilk.

As citizens of the world, it is both a duty and a responsibility to be a bit more circumspect in what we say or put out for others to consume. We must not hear from you if you have no proof that the theory you propagate is in fact true. It borders on criminality when such distortion has a tendency to sway the public into taking irrational decisions. The saddest part to all these is that in the end, the most vulnerable among us are most often the victims of these misinformation campaigns.

Humans don’t live in a vacuum and our actions do have consequences. This is moreso when you are a public figure with a loud voice and commanding a sizeable following. Unfortunately we continue to act irresponsibly in a way that poses a danger to ourselves and all of humanity. Such recklessness from those that should know better is unforgivable.

Topics: COVID-19: Femi Fani-Kayode And His Conspiracy Theory
Previous Post Buhari’ Government begs Elon Musk for Respirator , attacks soyinka on his comment
Next Post A message to Buhari from a concerned American

One commentOn COVID-19: Femi Fani-Kayode And His Conspiracy Theory -A Physician’s Rejoinder By Dr. Osy Agbo