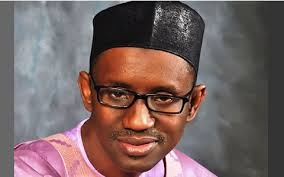 It is all over . It is no more rumors, Ribadu has finally crossed over to PDP.  He found himself in a terrible scenario of defending Tinubu and castigating Jonathan during the last Presidential election. Now that he is in the other side of the divide, how does he call Tinubu names and defend Jonathan?  We are all aware of the fact that he has yet to forgive Tinubu who sold him for a pot of Porridge during the last election but no one predicted this turn of event.

In addition, Ribadu  felt bad that APC did not help Tanko but none predicted he will return the gesture this way .  We can however say that it all boils down to November gubernatorial election. Ribadu is the next Governor of Adamawa. all things being equal.

All hails His Excellency, the governor of Adamawa state

Previous Post A history of Femi Fani-Kayode and Akin Osuntokun families By Jide Oluwajuyitan
Next Post Ridadu goes home. From Ribadu of Nigeria to Ribadu of Adamawa.