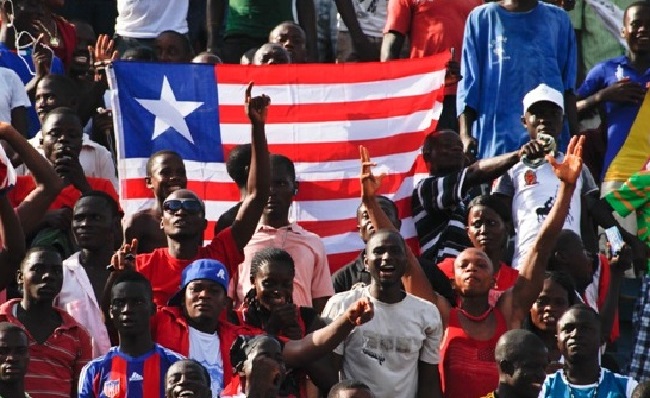 According to history, the settlement and founding of Liberia in the early 1800s was motivated by the domestic politics of slavery. In 1816, a group of white Americans founded the American Colonization Society (ACS) to deal with the ‘problem’ of the growing number of freed blacks in the United States. The scheme was birthed by some racist segregationists to have these free blacks deported and resettled in Africa. The result is the so-called founding of Liberia, becoming the second black republic in the world next in line to Haiti.

They were the following prominent Americans: Henry Clay, Daniel Webster, and John Randolph were some of the founding members of ACS. Former President Thomas Jefferson publicly supported the organization’s goals. President James Madison arranged public funds for ACS. The motives for joining the society were vast and included a range of people from abolitionists to slaveholders who counted themselves members. On the other hand, several abolitionists, both black and white sympathizers, rejected the belief that it was impossible for the races to integrate and therefore did not support the idea of an African American colony in Africa. Still, the ACS had powerful support and its colonization project gained momentum (https://en.wikipedia.org/wiki/American_Colonization_Society)

Negro leaders such as Joseph J. Roberts, Stephen Allen Benson, and like minded individuals – whose beliefs were rooted in the act of domestic servitude and not in the act of politics. They were not prepared intellectually and politically to set up a wholesome functioning political institution. They viewed politics from a narrow perspective that was not inclusive. As a result of their mindset, they proceeded to set up a government that created a line of demarcation between themselves and the indigenous Africans. The indigenous population was never a part of the political arrangement; they became integrated into the political equation after many decades. In fact, indigenous Liberians became integrated into the political system around 1940, 93 years after the declaration of independence in 1847.

The celebrated United States President, John Fitzgerald Kennedy was correct when he said: “It is time for a new generation of leadership to cope with new problems and new opportunities.”

In this endeavor, I will also add – the new generation of Liberian leaders must understand history, geo-politics, and be dedicated to transform the Liberian society. These new leaders must learn from the bitter lessons and experiences of the 1980s and the 1990s that produced such unfortunate historical events. Yes indeed, said new generation of leaders must be able to reconcile these historical missteps and help all Liberians to develop a new frame of mind that will be reflective of the values and cultures of Liberia and develop a sense of oneness as an African nation.

In his book, ‘Toward a Meaningful Life,’ Rabbi Menachem Mendel Schneerson wrote: “A true leader should be judged not by what he has, but by what he has not— ego, arrogance and self-interest. A true leader sees his work as a selfless service toward a higher purpose…When it comes time to take credit, he makes himself invisible; but he is the first to answer at the time of need, and he will never shrink away in fear…A true leader wants nothing more than to give people pride, to make people stand on their own, as leaders. Instead of trying to blind us with his or her brilliance, a true leader reflects our own light back to us, so that we may see ourselves anew.”

In one of my previous articles I made the point that, it is interesting for a nation like Liberia to be so closed in bilateral relationship with the United States, one of the most developed nations in the world; yet continues to be one of the poorest countries, which baffles my mind. In fact, over the years, most Africans perceived and called Liberia as ‘Petit- American’. Dr. Nancee Oku Bright said it best when she wrote and produced a Liberian Documentary Film. A Liberian writer, Film Producer and Director, based in New York. She is best remembered for the short documentary film: Liberia: America’s Stepchild, it premiered on PBS in 2002. It is the sixth offering of World Story and ongoing series of specials on PBS. The film echoed the series of ‘parallel stories of America’s relationship with Liberia, the settlers’ relationship with the indigenous people and explores the causes leading to the Liberian civil war.’(https://globeafrique.com/liberian-american-relations-do-liberians-really-know-and-comprehend-the-spirit-of-america/).

Many Liberians, including me, hope we will not be let down once again with the upcoming leaders that will emerge at the end of the 2023 presidential and general elections. It is anticipated that the new leadership will perceive the Liberian presidency as an opportunity to be of service and a leader that will lead the people of Liberia by example. Yes indeed, Liberia needs a leadership that will engage the Liberian Diaspora communities by focusing on creative mechanisms through which they can contribute to the political, economic, and social growth; a leader that will embrace the true sense of ‘dual nationality’ for all Diaspora Liberians. Finally, said leader, must embraced the concept or philosophy of Free Enterprise and Entrepreneurship.

In the ensuing elections, Liberians must elect individuals who reflect their African values, culture, and rich African heritage. Liberians are crying out in the wilderness for leaders that will awaken their Pam-African patriotism, both mentally and psychologically. Yes, indeed, the 2023 Election must produce those special leaders with the fortitude, resolve and who are imbued with the sense of service. Said elected leaders must demonstrate in actions that employment opportunities will be awarded to those Liberians with the requisite qualifications and skills, irrespective of their tribal or sectional persuasions. Liberia needs a leadership that will help their people to evaluate mistakes of the past not to repeat the misguided historical failed mindset.

In retrospect, the founding of fathers introduced a mindset that continues to create and foster the under-development of Liberia. Under past Liberian governments, little economic development was carried out, because all the money was used to pay the government salaries of friends and family members. Due to this mentality, the purpose of government was only to provide jobs for people. Instead of wasting valuable funds on an overgrown government, all resources should have been directed towards building a business infrastructure for a modern society and fostering economic development. In the failed Liberia, honest individuals who worked in governments without stealing the limited resources of the country were perceived as failures, while those who stole (ate) government money and resources to build two to three houses just in one year on salaries below Twenty-Thousand Dollars annually, were viewed as successful individuals; this mentality encouraged stealing in government.

This mentality has created the impression that all solutions are political solutions, where the improving oneself was through the embezzlement of public funds; extortion of funds from the private sector or padding the government payrolls with family members. This unfortunate mentality must be addressed and abolished.

More importantly, Liberia needs leaders that will help her citizens to address and eventually eliminate the ‘mindset of Selfishness, Greed, and lack of Financial Transparency that has engulfed the nation for over 150 years. Furthermore, Liberia needs visionary leaders that will curtail the influence of corrupt practices by government officials and employees in public or private institutions.

According to Madiba Nelson Rolihlahla Mandela, “Real leaders must be ready to sacrifice all for the freedom of his people.” In addition, the leader of Rwanda, President Kagame adds: “African countries need a new kind of leadership – one that has a vision for the country and a passion and commitment for its rapid development, as well as the wellbeing of its people.” Liberia too, needs a leadership that is knowledgeable, open-minded, transparent, and full of passion and commitment to be of service to the Liberia people.

About The Author: Mr. Bargblor is an Educator. He is a graduate of Cuttington University, Liberia; Howard University, Washington, D.C, and Israel Institute of Technology, Haifa, Israel. He is a former Deputy Managing Director of the National Port Authority of Liberia, NPA. He is the Former Head of the Department of Mathematics, Bong Town High School, Bong Mines, Liberia, Former Instructor of Mathematics, Providence School Department, Rhode Island, USA. He can be contacted at: [email protected]

Spread the loveBy now, most people have read the story END_OF_DOCUMENT_TOKEN_TO_BE_REPLACED

Previous Post Buhari The Butcher Of Aso Rock Wanted For Terrorism By Bayo Oluwasanmi
Next Post LIBERIA: STATEMENT OF CONCERN ON THE CHALLENGES, DIFFICULTIES, AND DANGERS OF TRAVELLING INTO AND OUT OF THE SOUTHEASTERN REGION OF LIBERTA. By Most Rev. Andrew Jagaye Karnley Bishop of Cape Palmas

One commentOn What Leadership Does Liberia Need In 2023?