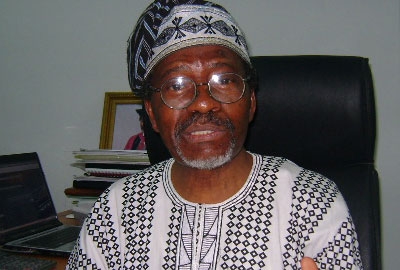 I do not come to venerate Sanusi Lamido Sanusi, for he is not a saint. As much as I admire him, there are flaws too obvious to ignore. But this is not a time for psychoanalysis; it is a time to set truth apart from fiction. When the (suspended) CBN Governor made his submission on how our nation was being robbed at the Senate, the response was predictable; ignore the message, and go after the messenger.

I read the Financial Reporting Council report that formed the basis of Governor Sanusi’s suspension and I thought it useful to leave a few comments. While most of the accusations in the report are ambiguous and unclear, some of the more sensational are easily explained.

1. The CBN paid N38.223 billion to the Nigerian Security Printing & Minting Company in 2011 to print bank notes, whereas the entire turnover of NSPMC in that year was N29.37 billion.
The CBN uses four companies to print notes; NSPMC and three foreign companies. If NSPMC recorded 75% of the total amount spent, it only means the other three companies got 25% of the business. Let us move to the more serious ones.

2. The CBN allegedly made rogue payments as air charter fees to Emirates Airways, Associated Airline and Wings Airlines for nationwide currency distribution. Emirates Airways do not operate a local charter service, Wings was unregistered with NCAA and Associated did not have records of the payments from the CBN.
The FRC is correct that Emirates Airways does not operate a domestic charter service. The only problem here is that the CBN did not contract “Emirates Airways” to move currency, it used a private charter company called “Emirate Touch Airways” instead. When you want to accuse someone, at least get the names right. If Associated Airlines does not have a record of the transaction, why is the CBN to blame? The CBN’s responsibility is to show proof of payments made to Associated; if it has done so, the rest of the discussion is between Associated and the FIRS. The final one is that Wings was an unregistered airline, I am sure the NCAA can answer this with clear evidence of registration at the time of contract award.

3. Legal and professional fees spiked in 2011 compared with 2012 – N20.2 billion in 2011 and N0.46 billion in 2012
2011 was a landmark year for banking in Nigeria; starting with the sale of eight banks that failed the 2009 special examination. Five of those banks were recapitalized via mergers & acquisitions, while the other three were nationalized. AMCON was established to acquire qualifying non-performing loans (NPLs) from all banks in Nigeria and inject equity into the rescued banks. These transactions needed significant legal services, which explain the N20 billion spent in 2011. To rationalize this, N20b is about 3% of the N620 billion spent recapitalizing the bank alone. The CBN was also sued by shareholders and owners of the recapitalized banks, and needed legal services to set AMCON up. Not so scandalous anymore? I think so too.
Promotional activities of N3.1 billion from N1.1 billion in 2012 despite not having a competitor in Nigeria.

What the investigators imply is you don’t need to promote your activities because you’re a monopoly. It means that EFCC (remember “Maga no need pay”), NAFDAC and other federal agencies who use the media to amplify their activities and sensitize the public might be acting recklessly. It is worth remembering that the CBN introduced a Cash Lite policy and continues to focus on financial inclusion and literacy. If you dont promote these activities, how will adoption improve? If you have an answer, feel free to charge a bottle of Guinness to my account at St. Bottles Cathedral.
N1.3 billion to feed policemen and pay for private guards

It is easy to see N1.3 billion and scream corruption. But let’s employ some logic. The CBN is one of the biggest employers of security, especially for the regular protection and movement of currency and security documents. The question we should ask is how many security agents did that amount cover. It is well known that organizations are often responsible for police officers attached to them. If the CBN employed 2,000 police officers and paid them a stipend N2, 000 daily (or N60, 000 per month), that will come to N4 million daily and N1.2 billion per annum.

Not so scandalous anymore? Moving on.
6. CBN’s investment in the International Islamic Liquidity Management Corporation without obtaining a board approval.

This investment was approved by the President of the Federal Republic of Nigeria. If the approval of the CBN board was not obtained, why did the President assent to this illegality? If Governor Sanusi is held accountable for every document he signed, the same should hold for President Jonathan.

The CBN Annual Report is available here for anyone willing to read over 400 pages of boring stuff. If like me, you want to get a summary, skip to Page 21. There, you will find that the CBN reduced its overall operating expenses by 6.5%, and contributed N80.3 billion to the Federation Account in line with the Fiscal Responsibility Act. Before Governor Sanusi’s term, this amount was around N8 billion. Growing the CBN’s contribution to the Federation Account tenfold is the biggest indication of financial recklessness I found in the audited accounts.

I will conclude by saying that if you look hard enough at an organization like the CBN, you will find an infraction. If you don’t at the first attempt, some hair splitting will reveal something. Remember Professor Tam David-West was accused of corruptly signing the sum of $57m to an American company, Stinnes Interoil, for a wrist watch and a cup of tea. This is what we remember, conveniently forgetting Professor David-West was attacked because he criticized and exposed corruption in the oil industry.
Sanusi Lamido Sanusi might end up in prison. For taking a stand to protect the future of our children, he has my gratitude and respect.

Spread the loveBy now, most people have read the story END_OF_DOCUMENT_TOKEN_TO_BE_REPLACED

Previous Post Jonathan is surrounded by ‘incompetent’ frauds – Sanusi
Next Post Ogbeni and his traducers: Facts and fallacies